The truth about Eritrea’s “state-imposed” polygamy 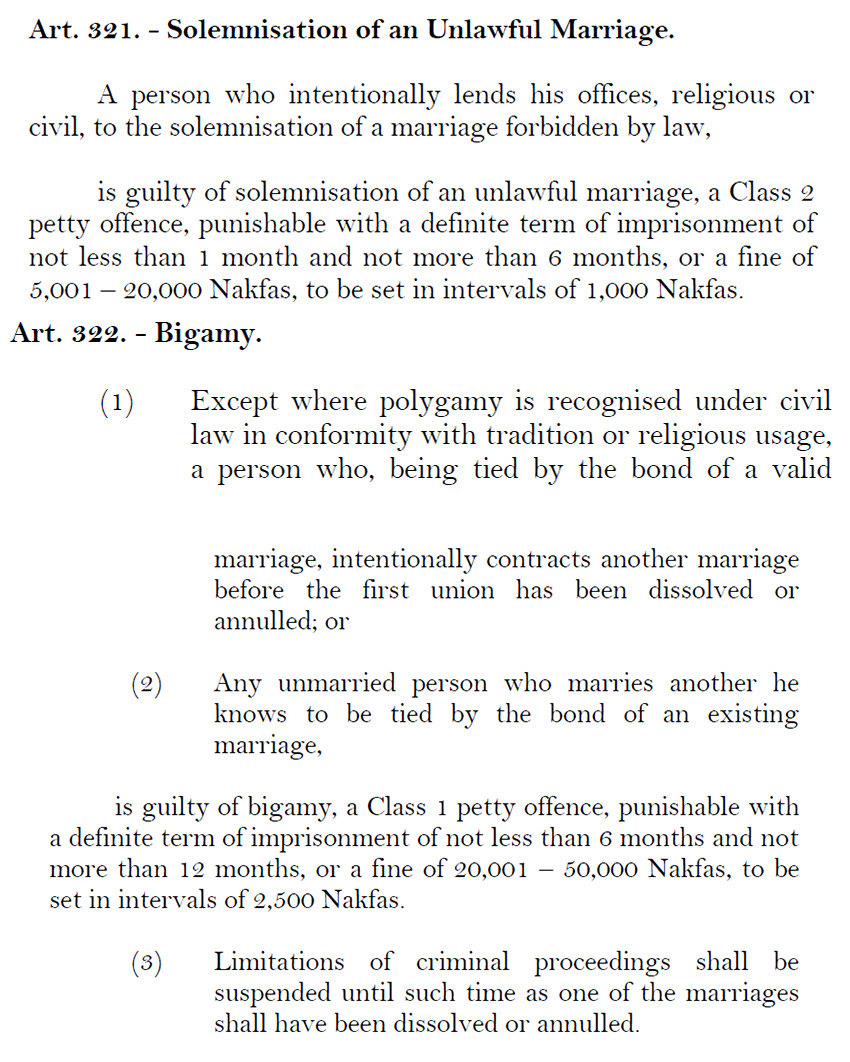 In what could be described as an early ‘April Fool’s Day’ prank – a story that was originally published by a Somali website reported that unnamed “Eritrean activists” posted a memo on social media, allegedly from the Eritrean government, asking men to marry at least two wives.

The document, which was written in Arabic, allegedly said the State of Eritrea called for all men in the country to marry at least two wives due to shortage of men in the state.

As if the motivation of having two spouses was not enough, the ‘government memo’ allegedly went on to assure men that the state would foot the bill for the marriage ceremonies and houses. It added any man or woman who opposes the decision “will face a life sentence”.

The story would have easily gone unnoticed had it not been for a popular Kenyan website which published the story on their platform.

The tale got tongues wagging and soon social media was awash with memes and discussions about the ‘state-imposed polygamy’.

Tabloids from other parts of Africa such as Nigeria, Zimbabwe, and Ghana, among others picked up the story and published it on their sites, all the while making reference to the Kenyan website.

Since the report went viral, the Eritrea hashtag has been trending in Kenya and to a slighter degree, in Nigeria. Thousands of tweets have been made; with many Kenyan and Nigerian men professing they will visit Eritrea to get their “share of wives”.

However, it appears that the claims are false according to the Penal Code of the State of Eritrea 2015 – a document that has not been revised at the time of publication of this article.

In article 322 under Offences against the Person, Public Decency and the Family Act of the Eritrean Penal Code 2015, polygamy is illegal under civil law; but is only recognised by districts that are governed by Sharia Law (Islamic law).

In such regions, polygamous marriages, which are permitted up to four wives, are legal for all Muslim men. An estimated 50 per cent of the Eritrean population is Muslim.

However, according to recent reports, the practice of polygamy is beginning to decrease due to primarily economic reasons.

A US website SaharaReporters says it spoke with Eritrean government representative attached to the Eritrean Mission at the United Nations in New York who “flatly denied the rumour, and expressed frustration that hoax had gained the traction it had”.

Another source to the outlet Awet Weldemichael, an Eritrean expert and Assistant Professor at Queen’s University in Canada, says he believes the reports were fictitious and “started as a joke” online.

“I have not seen, read, or heard anything credible which would confirm the story. I think it (such a decree) is in the realm of the improbable or impossible,” Mr. Weldemichael said.

According to the false reports, the primary justification for the mandatory marriage was intended to fill the population gap in the country following the Eritrean war for independence in 1991 and the Eritrean-Ethiopian war between 1998 and 2000.

The Eritrean government has not published an official statement addressing these rumors at the time of publication.

Citizen Digital has attempted to contact the Eritrean Embassy in Nairobi for comment, but the efforts have borne no fruit.