This is what Senator Mike Sonko did to a hawker 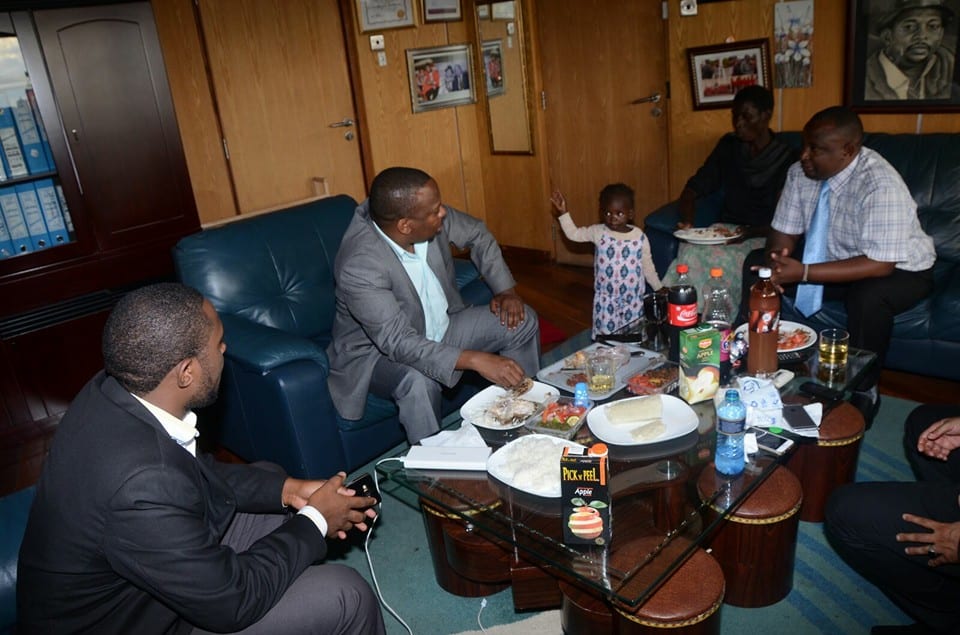 Nairobi Senator Mike Sonko, ‘who did not know what to do about Hellen Nasieki’ after he saw her story on social media narrating how she lived in abject poverty, now says he got a way of helping her out.

Sonko went on Social Media to post the help he would accord Nasieki.

This is what he said:

“After going through Hellen Nasieki’s story (who hails from Kakamega County) on social media, I volunteered to offer a helping hand.

Yesterday (Monday), I invited her, and her daughter Christine and a Good Samaritan, Ndung’u Nyoro, for a lunch meeting in my office. 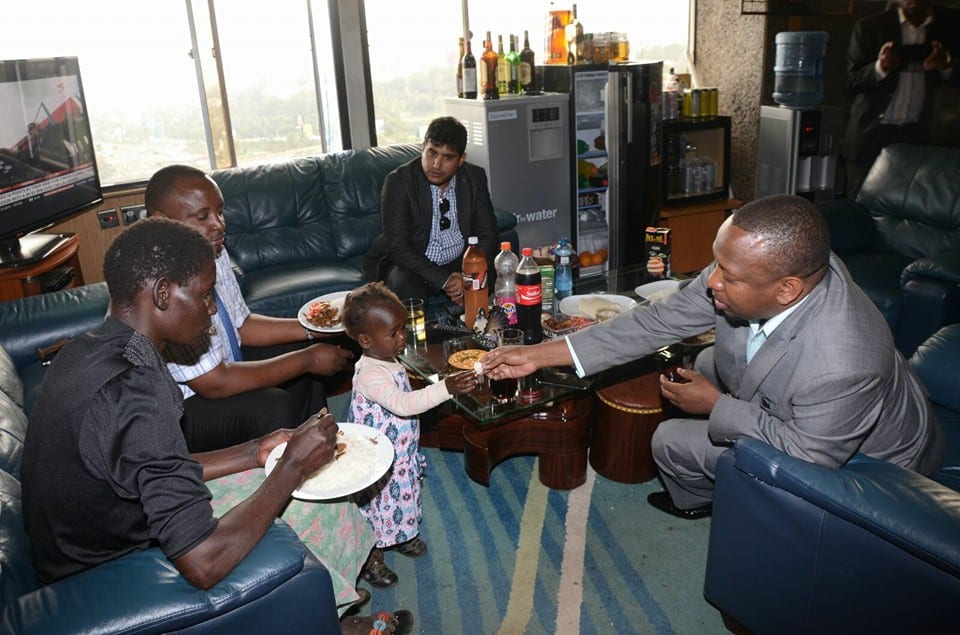 I was quite saddened by Hellen’s living conditions so I offered to give her a second chance in life.

I proposed to adopt her daughter Christine and to also work closely with Hellen Nasieki as my home assistant. I paid her rent for one year and fully stocked her business (in addition to the cash raised through Ndung’u Nyoro’s friends).

I also bought household items for her including Blankets, Mattresses, Utensils, and food stuff so as to assist her start her new life. 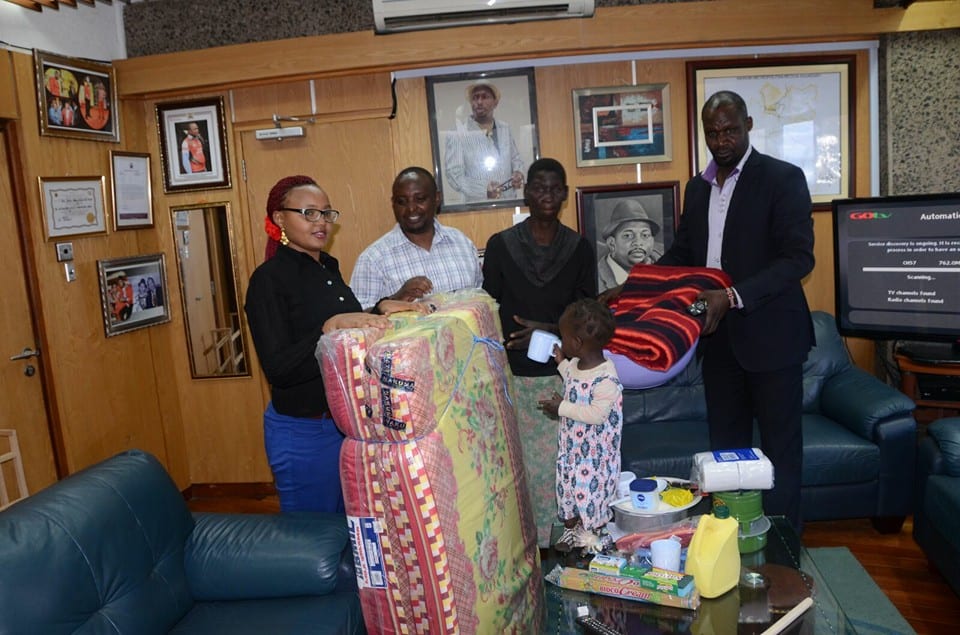 Hellen used to sleep in the cold at Nairobi’s Muthurwa Market exposing her lovely innocent angel Christine to pneumonia and other diseases associated with chilly weather.

I believe every one of us can be productive given the right tools and environment.

To Hellen, I pray for you that you continue to support your family no matter how small it is, no matter the challenges one day I assure you, God will perform his miracles and enable you to help others.

I am also requesting other Kenyans of goodwill to lend a hand as we pray for Hellen’s great future. 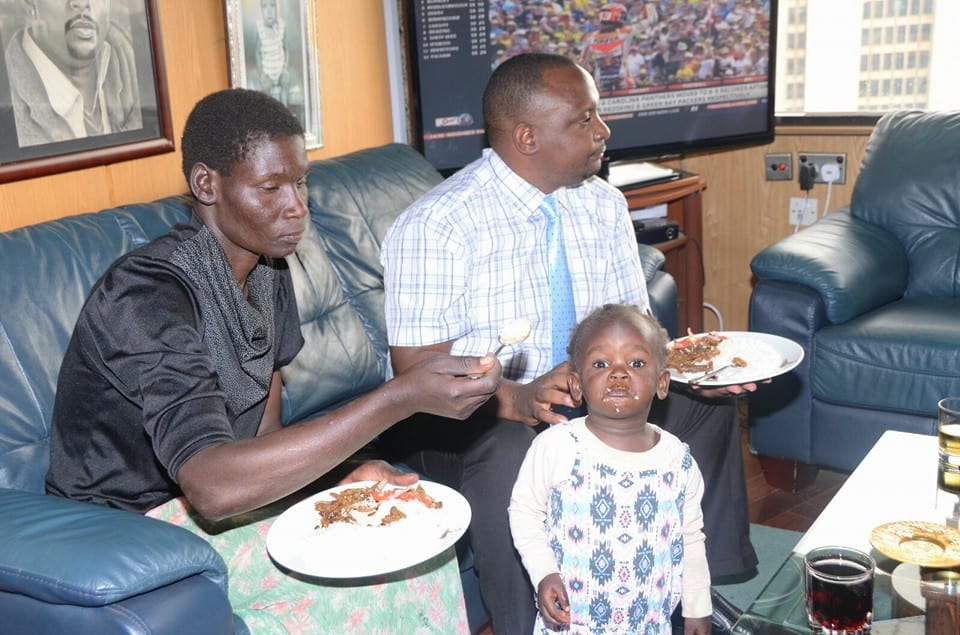 Hellen Nasieki is a single mother of 3 children aged 10, 4 and 2 year. Her husband died when the youngest was turning two.

She hawked clothes from Gikomba until she was accosted by City Council askaris one day when they took her clothes away plus her day’s earnings.

She later became a house help for two months before quitting to pursue her next venture. She began selling ball point pens in buses and matatus when her husband died.

The death of her husband made her ‘lose her mind’ and she sought advice from the SDA church in Githurai and Muthurwa.

The church helped with food, clothes and advice which translated to her coming back to her senses.

One day she decided to sell oranges. The first day she made Ksh 200 and the next Ksh 200.

She managed to save enough to buy a wheelbarrow at Ksh 2,500.

With her youngest baby on her back, she moved around selling either oranges or bananas.

Fruits became a challenge because they easily went bad and this prompted her to shift to sweet potatoes. 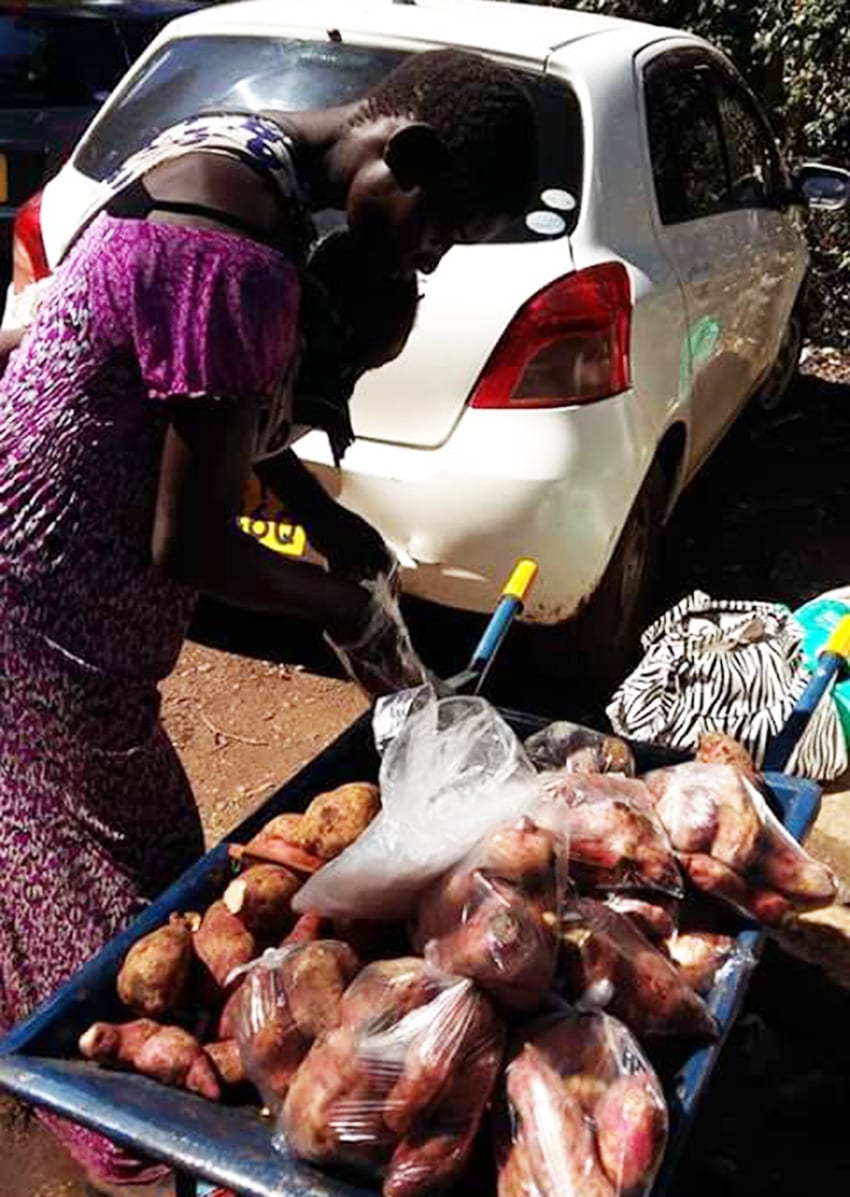 Nasieki has had many encounters with street boys who took away her daily earnings as well as City Council Askaris who help themselves with her stock.

After Nasieki was locked out of her room for being unable to pay rent, she moved to rooms near Muthurwa where the rent for a small space to lay your head for a night is Ksh 30.

She finds this better than the street because her baby gets a warm place to sleep.

Her wheelbarrow is all she had and her only option was to live a day at a time hoping that she got food to feed her children.