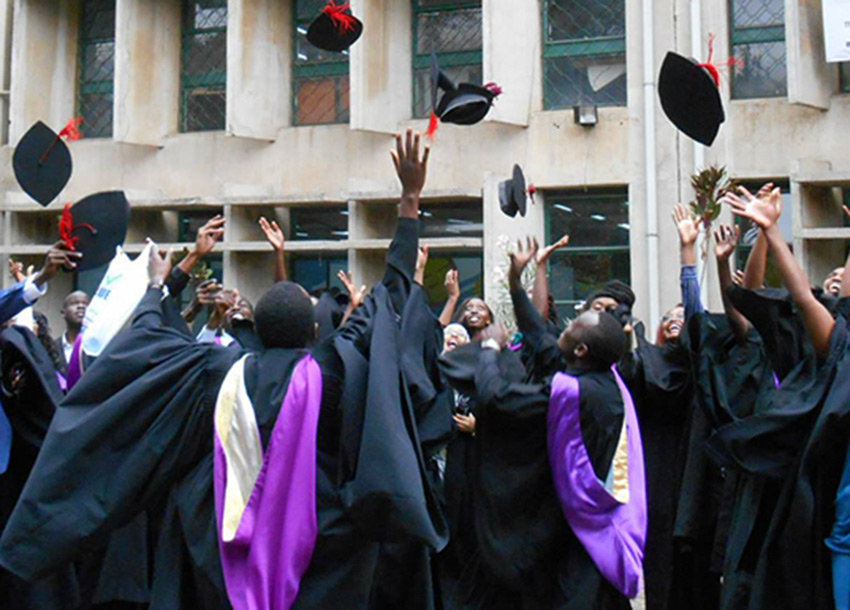 University of Nairobi’s 54th graduation ceremony comes after the institution of higher learning was ranked 174 among the best 200 universities in the emerging world economies.

Kenya is represented in the ranking for the first time.

Other countries that participated for the first time include Nigeria, Ghana, Jordan, Qatar and Oman while Egypt returned to the ranking, having had no institutions represented in 2014.

Congratulations to Kirigo, Sam and Judy.