#WCW: I begged to be a house girl, Nyota Ndogo reveals 10 things about her life 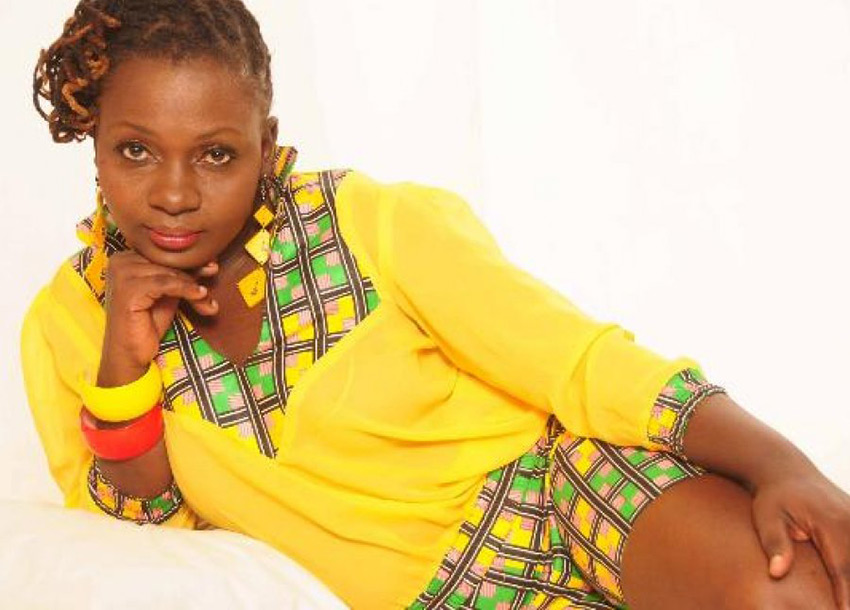 While most people try to hide the less glamorous aspects of their life stories, Mwanaisha Abdalla, better known as Nyota Ndogo, goes against the grain.

She is a woman who is extremely proud of her humble beginnings, and she does not shy away from sharing her remarkable story.

Today Citizen Digital shines the spotlight on her as our #WCW, and here are ten things to know about the taarab-influenced pop singer:

The second born in a family of six was born and raised in Majengo, Mombasa. She attended Makande Primary School, but unfortunately did not sit for her KCPE exams because her family could not raise the money required for registration.

“It’s only my two brothers who have successfully studied to form four. My younger sister dropped out at standard five and another completed her primary education, but did not make it to secondary school,” said Nyota Ndogo.

Locked out of secondary education by her family’s financial state, what encouraged her to push on?

“What motivated me to keep on being positive about life is the condition I grew up in. Many children born in slums often suffer pessimism syndrome – they believe they are only meant for the slums, and that they cannot get out of the area,” she added.

Her mother had to go and fend for the family; consequently leaving Nyota Ndogo to fend for her younger siblings.

“Being the eldest girl, all my younger siblings looked up to me. When my mother was at work, I would get back home early to cook and bathe my siblings. I did not have time to play like other children in the neighbourhood.”

This responsibility, thrust upon her at a tender age, made her the woman she is today: “I am a traditional woman, and my childhood life has played a big role in shaping my motherhood today.”

“I have a kid, Mbarak, he is 13 and he will sit for his KCPE exams next year (2017). I always tell him he is lucky he can change his school uniform daily for seven days; I did not have that privilege. I only had one pair of school attire which I could wash in the night and wear it early morning the following day.”

After dropping out of school, Nyota Ndogo decided she will not sit around and wait to be married off.

“After mum told me that she did not have enough money and that I had to drop out of school, I told her I won’t continue to live in the slums. I embarked on a job hunting journey in Old Town, Mombasa,” recalls Nyota Ndogo.

What motivated her to look for a job as a domestic servant, despite the ‘lowly’ status that most people ascribe to that profession?

“Where I lived young girls were getting impregnated day in, day out – especially if they weren’t going to school. I did not want to end up like them. If I got pregnant while living under my mum’s roof, I would have just added poverty to my family,” said the Watu na Viatu star.

She added: “I’d say I did not have the skill acquired by education, but on matters life, I was gifted.”

Every morning, Nyota Ndogo would leave for Mombasa’s CBD; knock on one door and another, asking if she could do house chores in exchange for a few extra shillings. Often, she would be turned away, but she did not relent.

“One lucky day, there’s a woman who told me that her friend, who was married to a white man, was looking for a house girl. She asked me to go to her office the following day; I did. She directed me to someone who took me to her friend’s place in Nyali.”

Sadly, this trip did not yield fruit as she did not get the job

“I met the family which had a three-month-old baby. I was 17 years old then. When the lady’s husband got to know about my age, he refused to employ me as a house girl, saying I was inexperienced to take care of his child. The whites believe only elderly women are experienced enough to look after babies.”

Out of sheer desperation, she threw composure to the wind. Right there and then, she broke into tears and begged for the job.

“My heart sunk, but I was determined to get the job. I begged, cried, pleaded with the family to give me the job – I asked them not to judge me, and even told them where I came from I did literally every house chore.  I pleaded with them to put me on probation of two weeks – just to prove them that I could do the work very well,” recounted Nyota Ndogo.

Her cry melted the heart of her potential employers.

“They offered me the job. I worked as the family’s house help for two years without engaging in any form of quarrel with the woman or her husband. I did not give them any reason to doubt or rant at me. I knew my job.”

Unlike today’s house managers who receive well over Ksh7000 monthly pay, Nyota Ndogo had to survive on Ksh1500 salary.

“I was receiving Ksh1500 as my monthly payment. I was using that money to only buy sanitary towels. The other necessities like food, clothing and shelter were being provided for by the family I worked for. I could stay away from home for four months; after which I would visit my family with goodies; bought from my meager earning,” said Nyota Ndogo.

The pop singer enjoyed a cordial relationship with her employers; a connection which will see her nurture her budding music career.

“I owe my success as Nyota Ndogo to my employers. They treated me like family. If someone wasn’t informed that I was the house help, he would mistake me for the woman’s sister. And today if you look at the boy I looked after, you’d mistake him for my boyfriend – he has grown. I can’t believe it’s just the other day he was calling me ‘mum’!”

Nyota Ndogo says her employers encouraged her to pursue her dreams.

“They asked if I wanted to become a musician, and I told them they’d one day see me on television. They used to laugh and encourage me. They even allowed me to write my music. That couldn’t have happened today. Most current employers treat their house helps badly.”

The 34-year-old singer says convincing her mum to move out of the slums after she made a name in the music industry was an uphill task.

“My mum did not want to be taken out of the slum. Being the big name that I was, and still is; my mum still refused to leave the slums. She told me I could not afford to consistently pay for her monthly rent and upkeep. She was used to living in a house which is not connected to electricity or water system,” reveals the renowned singer.

Despite her mum’s persistent protests, Nyota Ndogo was utterly uncomfortable with her mother’s housing situation.

“It affected me because I was a big name, but that did not reflect in my mum’s living condition. There were people who used to go and ridicule her,” added Nyota Ndogo.

One day, the singer finally succeeded in convincing her mother to leave the slums – not by words, but through tears.

“I sat her down one day and cried before her; urged her to leave the slums, and promised her I would consistently pay her rent. She still refused, but one day a local newspaper asked if I had neglected her and I told her the story. That’s when she accepted to move out of the slums.”

Nyota says she won’t bow to pressure to live a lifestyle which is way beyond her means, just to fulfill societal expectations.

“Some people ask: why am I not living a flashy lifestyle like other artistes? I accepted myself. I know where I come from; each coin is of value to me. If I wanted a car, I’d own one. I have my own house – its value is bigger than that of a car. I am only familiar with matatus.”

“However, if someone gifts me a car, I won’t refuse to take it. However, I cannot buy a car using my own money. I have a lot of projects to cater for; I have children and my family to look after.”

The Mambo Kombo hit-maker says she doesn’t subscribe to the YOLO philosophy.

“Some say you only live once; I disagree. What happens when you die and leave a young family behind? They shouldn’t struggle so much after your death; you should not be that callous and selfish to deny your offspring an education and moderately comfortable life.

According to the Mombasa-based singer, living modestly keeps gold-digging people out of your life.

“When you are rich, showy and flashy, a lot of people will flock around you. They will praise you with insincere comments; but get poor, and see your true friends,” she advised.

Nyota Ndogo says there are only three things in life which will never move her, even an inch.

“One: people who say I am ugly. It’s my face, I won’t bleach, and I have accepted it as it is. Many at times people have animated my face and ridiculed it; but that’s the face God gifted me with. I have never been denied an opportunity to perform at a show because I am ugly,” stated the singer.

“Two: I have never been denied to perform at a show because I don’t know how to dress.”

“Three: those who say I do not know how to sing. I have never received flak for poorly written lyrics, or bad vocals. Each of my songs has a message.”

Nyota Ndogo’s husband is Danish. She says those who criticize her for marrying a white man instead of a Kenyan man should know love is blind.

“We should accept life as it is; I have two sons with a Kenyan man; and so they shouldn’t say I have abandoned Kenyan men for a white man. You never choose whom to fall in love with; it just strikes you.”

The singer will travel to Denmark soon and will return to the country in April, 2016.