Wedding fever! Another TV personality is getting hitched

It seems wedding fever is sweeping across the media fraternity as another news personality has announced his nuptials.

NTV business anchor, Dann Mwangi, will be tying the knot with his longtime girlfriend, Wangeci Mwangi, on September 5th in Nairobi.

Dann, who is known as Number8 in rap circles, proposed to his sweetheart backstage after they’d concluded a Hip-Hop event dubbed Beats and Pieces of Old School.

The function, which celebrated the evolution of gospel Hip-Hop, took place in March this year, and Wangeci was one of the vocalists at the function.

Wangeci is a talented singer, and she is one of the founding members of Zidi The Band.

After she said yes, Dann shared the good news on his Facebook page saying, “Yoooooo! Jesus said yes, she did the same. Actually, “YES, OF COURSE”, she proclaimed.” 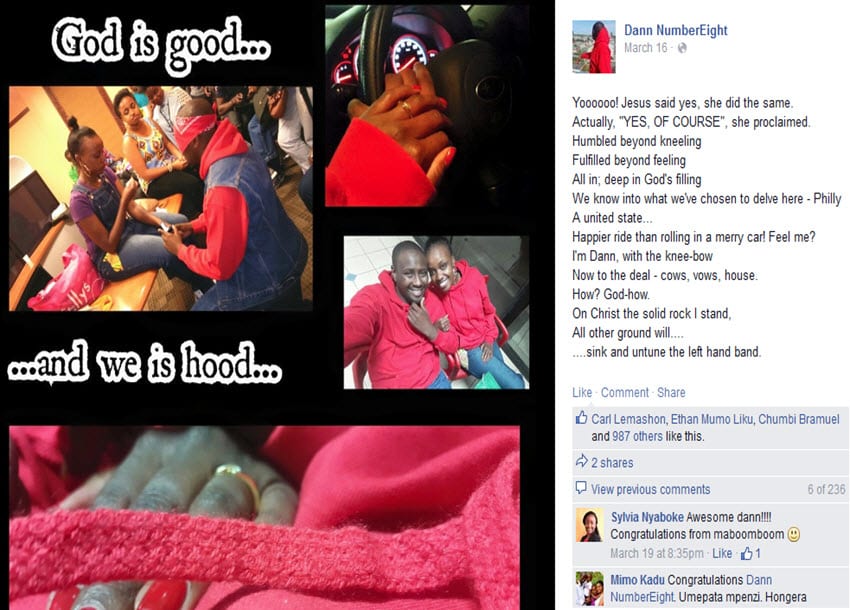 This comes barely a week after Dennis Okari and Betty Kyallo announced their wedding.