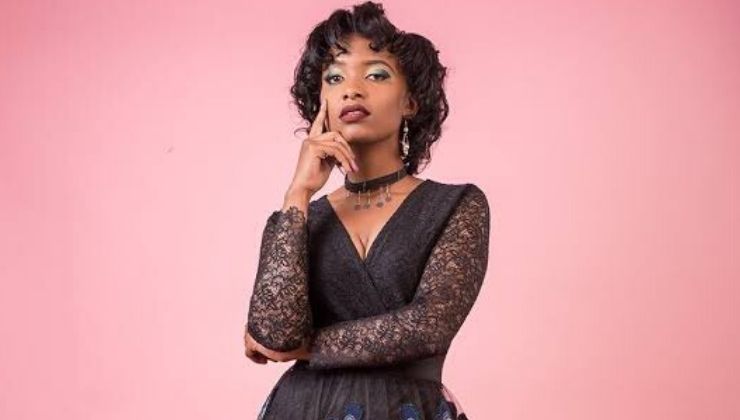 Kenyan singer Wendy Kemunto has finally come out to talk about her rape ordeal almost 3 months after two rugby stars were sentenced to 15 years in prison after being found guilty of the offence.

Speaking during an interview on Unscripted with Grace, Wendy opened up about what happened on that horrific day.

According to the songstress, it was her birthday, February 10, and she decided to go for a night out with people she assumed to be friends.

“The plan was to go out with my friends, have a good time then go back home. But unfortunately, things didn’t turn out the way I had planned so I ended up spending the night at a friend’s house,” she said.

Wendy spent the night in one of the convicted rugby players’ house, a friend she had known from university and had grown to trust.

“This is someone I knew, this is someone I trusted and when we got to the house, unfortunately, things took a turn for the worst and I was assaulted and abused that night,” she narrated.

The singer believes she was drugged as she alleges she kept slipping in and out of consciousness while Frank Wanyama and Alex Olaba continuously raped her.

“I really didn’t realize what was happening at first because I was unconscious. So I was slipping in and out of consciousness,” she stated.

“I highly believe they drugged me because I was very okay when I got there. I admit that it was my birthday and we had a few but at the same time I knew I was aware of my surrounding.”

After she came to, Wendy reportedly narrated the ordeal to her friend who picked her up and they went to a hospital which, unfortunately, did not have a rape kit hence referred them to another hospital.

She however decided to head home and not report the incident to the police as she feared nobody would believe her.

“First of all I felt like you know, this was all my fault, I felt no one would believe me, I felt ashamed, I felt responsible,” she said.

Fast forward to a few weeks later, Wendy found out she was pregnant.

“That was like my fear, I really prayed to God like if anything happens; let it not be worse than this and it happened. And that was like my breaking point. I felt like I cannot stay, I cannot live,” she continued.

She slowly had a change of heart and decided that a baby wasn’t all that bad, considering what happened was not her child’s fault.

Unfortunately, five months into her pregnancy, she suffered a miscarriage; and this is what prompted her to decide to come out with her story on social media.

On August 16, 2019, Frank Wanyama and Alex Olaba were sentenced to 15 years in jail in spite of their argument that the incident was consensual.