What Oprah Winfrey said about the Kardashians 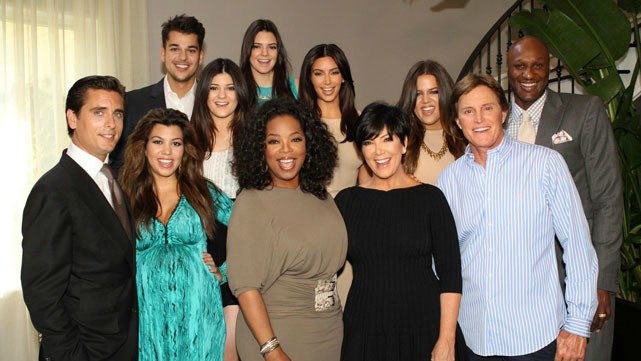 Reality TV’s royal family, the Kardashians, have received a lot of flak over the years with many claiming that they do not have rightful claim to fame.

Many personalities have belittled the Keeping up with the Kardashians stars, the latest being Rebel Wilson who said, “They are not really about talent.”

In a surprising twist, media mogul and acclaimed TV Show Host, Oprah Winfrey has come to their defense.

“I interviewed the Kardashians two years ago and I couldn’t believe how hard they work.People don’t understand that, people think, ‘Oh, if a television camera’s just following you, then that’s just easy,'” said Winfrey in reference to a 2012 interview.

She added: “To really create a reality series that looks like something’s actually happening; it means you have to be on all the time.”

Oprah praised the Kardashians for their resilience saying: “We were there for seven hours filming them and they were going to tape for another seven hours afterwards. That is work, no matter who you are.”

This is not the first time that Winfrey has commented on the life of reality TV stars.

During her contract with Lindsay Lohan for the Lindsay Lohan reality documentary series, she said that Lohan, in contrast with the Kardashians, is an example of those reality stars that are uncomfortable and could not handle the pressure of starring on a reality show.

“She’s one of those people who said, ‘Oh yes, sure, I’ll have the cameras follow me,’ and then when you realize how much work that really is . . . (do) you know how much acting you got to do to make it look real?” Winfrey said.

The comedian, who is also known as Fat Amy, allegedly refused to present an award at the MTV VMAs this past summer with Kylie and Kendall Jenner, because she (Wilson) is “against everything they stand for.”

“I think I was going to dress up as Kim K if I was going to do that. I don’t hate them individually but what they stand for is totally different to what I stand for,” said the Pitch Perfect Star.

Rebel Wilson, who comes from Sydney, is on the rise in Hollywood and has finished filming the upcoming film How to Be Single.

The Kardashians, who rose to fame after the Kim’s leaked sex tape, have since gone on to create a powerful empire courtesy of spin-off reality shows, clothing collections, apps, books and a range of beauty products.