Willis Raburu reveals the biggest lie he told his dad 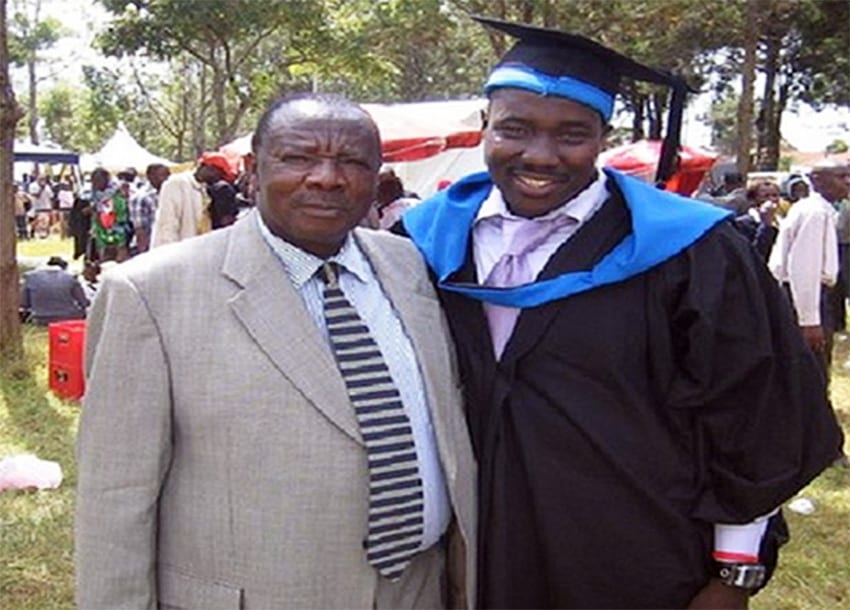 Celebrated Citizen TV reporter and news anchor, Willis Raburu, has revealed that he lied to his father for four years about the course he pursued in university.

Speaking to Citizen Digital, Raburu intimated his dad wanted him to pursue a bachelor’s degree in the field of Information Technology (IT). Raburu, however, had his eyes set on joining the fourth estate.

The Moi University alumnus, who joined the institution in 2006 and graduated in 2010, said he chased after his dream whilst ignoring pressure from dad.

“My dad originally wanted me to study IT. I did not have interest in the field since I wanted to be in media all through. So when I enrolled for higher education, I lied to him I was studying IT for over three-and-a-half years.”

So how did Baba Willis come to know the truth?

“He only came to find out I had been pursuing a degree in Information Science (publishing and media option) when he came for my graduation. He was very disappointed. Nevertheless he accepted my passion ,” Raburu recounted.

“Today he is very proud of me.”

Raburu’s interest in media is not a recent desire, but it’s been in him since he was 7-years-old.

“My mum watched me develop the interest for TV reporting from the tender age of 7. I would sit down and ask her to watch and hear me read news items from the dailies. She never shut me down. She always believed in me.”

“I was a very naughty child; my mum was the one who was the disciplinarian – wale wa kukuchapa vizuri so that you get in line! My dad was the verbal disciplinarian,” revealed Willis.

Willis admits that he was the mischievous child who would cause chaos, make jokes and mimic people. Can Willis Raburu remember the last time his mum landed on him for naughty behaviour?

“The last time I was beaten was in August 1998. Even today if my mum tells me nitakuchapa, I believe her. She can still do it; nothing is beyond her.”

Despite the disciplinarian antic of his mum and the strictness of his dad, Willis Raburu still looks unto his parents as his influencers.

“My mum is cool. I look like my dad a hundred percent, but in character and behaviour I am more like my mum – the joking, the kidding, doing voices and much more.”

Willis Raburu’s dad, Peter Raburu, was a Provincial Commissioner. While growing up, he (Willis) witnessed his rise in ranks of administration.

“By the time I was born, he was a District Commissioner – I watched him grow from a DC to a PC. His hard work has really influenced me.”

In yet another world, Willis Raburu would have been named after Aga Khan. For a good part of his early education, he attended Aga Khan Schools.

It is the dream of every child to be born in a wealthy, influential and powerful family – especially if your family name is one that needs no introduction. Surprisingly, that’s not the case with Willis.

“I never wanted to be associated with the name Raburu because my dad was a PC. I did not want to get favours or anything. I wanted to get my own identity,” says the self-driven reporter.

In the quest to create his identity, he did weird things: “In high school I used to ferry water for students when there was shortage. In Dholuo there’s a word known as ng’ane which means somebody – so they used to call me ng’ane the water merchant.”

You remember Willis Raburu at the start of the interview admitting he is naughty? Yes – the mention of his naughtiness could not go without linking it to trouble.

Raburu’s ‘rebellious’ character won him a suspension from Chemelil Academy.

“I was suspended in high school because of what we used to call rule number 13. It said we should not have non-academic relationships,” reveals Raburu.

“I challenged it because when I am talking to a girl about Physical Education, that’s not academic. It was a very vague law, so I challenged it. When I did so, they sent me away for two weeks.”