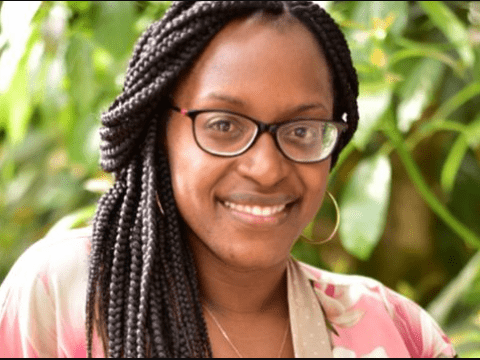 The BBC World Service early this year launched its first International Podcast Competition in a quest to seek out creative and original ideas that resonate with women.

The competition was open to non-broadcast/professionals from Kenya, Nigeria and South Africa. It blew up.

Nearly 1,000 entries were recorded; and, according to the BBC, most of them were fun and witty and creative, but only one winner had to come out at the end of it.

That winner was a 38-year-old development sector worker from Kenya called Namulanta Kombo.

Her winning entry – ‘To my daughter’ – came from her personal decision to start writing letters to her young daughter.

The BBC will now produce the podcast idea as a 15-part series to be launched later this year, featuring experiences, anecdotes and advice from mothers across Africa, and around the world, that they want to share with their daughters.

Namulanta Kombo as well as Jon Manel, the BBC World Service Podcast Commissioning Editor and the Chair of the competition’s final round judges panel, spoke to Citizen Digital’s Ian Omondi on Zoom. 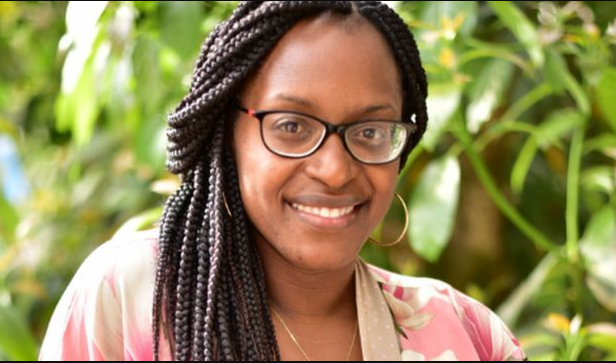 The podcast competition came, coincidentally, just about when you had began writing letters to your daughter. How important was this opportunity for you?

I had been collecting the stories for some time, and sort of trying to think how I can share them. So it changed everything, because I then get the opportunity to learn from the BBC, I get the support that I would never have been able to get. So it changes everything in terms of just the reach and how amazing it can be.

Being that you had never done this before, how confident or scared were you going into it?

I was terrified because I had no experience in this, and that was one of the things that the BBC wanted; they wanted people who haven’t had any experience in podcasting or media. So it was talking directly to me, I felt like the world was telling me I need to do this, because it’s not every day someone as big as the BBC puts out an ad and says just send something and it could be you.

From a personal perspective, why do you think you won?

I think I won because this was inspired by me having my own child, and I feel that I put that sentiment, that need for her and that want for her into my submission and into the thought process of what I would like it to look like. So I think that played a major factor; it’s so personal to me, and in the same breath, I feel like it can support and help so many women across the world.

The working title of your winning podcast is ‘To My Daughter.’ It’s coming out as a 15-part series on the BBC. Going by the fact that you started this because of your own daughter, in what way do you feel like this project will influence your relationship with her and how you raise her going forward?

I hope she’ll be flattered. I’m hoping this is something almost tangible that she can see in terms of how much I think about her, how much I want for her.

I also hope that she’ll see this huge leap of faith that I took in taking something that was personal to me and sending it out into the universe as an act of bravery and that she can take any leap. I hope she’ll see that she can leap.

[This interview was conducted a day before Namulanta was formally announced winner] Is there anyone in your life that you have told, as of yet, that you actually won?

Well, Yeah, I had to tell my husband, because he didn’t get what I was doing, he’s not into anything like this, so I had to prove to him that it worked out for the best. So he’s the first person I told, then I told my mum.

As a development sector worker? What do you project your career trajectory looking like after this win?

I think I can be able to marry the two because I’ve been working in the sector for some time now and I see a lot of things that I would like to talk about, I see a lot of things that I feel are pushed to the side, and I’m speaking particularly about Kenya. There’s a lot of stories out there that I’ve just been waiting for the right platform to share. The competition was aimed at ideas that resonate with women, and I think that it’s the perfect opportunity, I don’t know where this will go, but it will go somewhere, I feel like it’s just a a merging of the two, it was time. 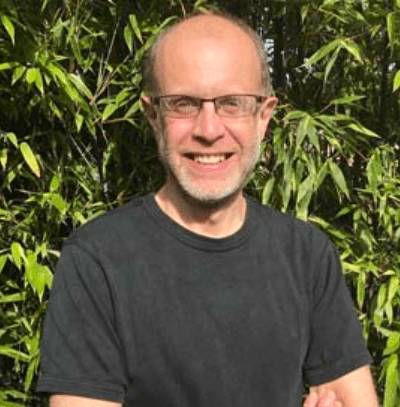 I was looking at the competition call-out and there was a line that said ‘We’re particularly interested in ideas that resonate with women.’ Without sounding sexist at all, why was it important for the first edition of this competition to be centered around women alone?

First of all, I suppose I would ask ‘why not’? You know. Historically, for many news organizations, not just the BBC, audiences have tended to skew more male than female. Our audiences team thinks we’re doing very well with our BBC World Service Podcasts in the gender-balance respect. But, of course, it varies between shows and we always have more work to do so it’s important that we create content aimed at resonating with women around the world. And I have to say that doesn’t mean men won’t want to listen to this, I personally cannot wait to hear this podcast.

As the BBC Podcast Commissioning Editor, and one of the competition’s judges, what exactly is it that you were looking for?

The reason why we held this competition is there are so many amazing ideas and incredibly talented people out there. Some say everyone has a book in them, well, I think everyone has a podcast in them. And its not often that an organization like the BBC says ‘you might not be in the broadcast industry, but we want to hear from you. Do you have a great idea, because if you do, and you enter our competition, we could help hopefully turn it into an internationally successful podcast.’

I’m really proud of our BBC World Service podcasts, but this was a chance to discover new talent with brilliant ideas and give them the opportunity to turn their idea into hopefully a big and successful show with our help and support.

So what exactly stood out about Namulanta’s entry?

It was an outstanding entry. At the heart of it is an idea, simple on one level, but one which I think could have a huge impact. And the audio Namulanta provided was absolutely brilliant. Not only has Namulanta come up with an amazing idea for a podcast, but we all thought she is clearly a fantastic presenter.

It’s really not easy telling a story, but Namulanta tells a story so well. Perhaps let me read you some of the comments from the judges about her entry:

“Awesome.” “Brilliantly done.” “Lovely idea.” “Captivating.” “It’s a brilliant entry to talk about so many different things to do with life.” “I like the genesis of the idea.” “The story left a silly smile on my face.”

It was a very competitive process, the standard overall was really high, it was challenging getting the entries down to 60 and then even more difficult, down to the 10 finalists. And those finalists, really, to be frank, made it difficult for us as judges because there was such quality there.

But Namulanta’s entry had that something extra, that something different, that stood out and we just knew that this could become a really exciting podcast.

Talking about the judging process, there were only seven of you in the panel, and you received over 1,000 entries, how hectic was this process?

We had a really good system set up to cope with all the entries. We had three rounds of judging; so we had judges to whittle down all those hundreds of entries down to 60, then we had a second round in which we got the 60 down to 10, and then we had the final round of judges including some brilliant podcast figures from Kenya, Nigeria and South Africa. It was a really great process, we as judges enjoyed it and learned a lot, and we were really inspired by the really high quality of entrants.

Was the final decision unanimous or was there a bit of push and pull before you guys finally decided that Namulanta’s entry was the one?

It was a really challenging process because there was such quality in the final 10 and there was a really good discussion. But I think the final decision was, as I remember it, unanimous. We all came to the same conclusion.

What comes next after this? I’ve seen that the winning podcast is coming out as a 15-part series, but what exactly does that mean for Namulanta?

Namulanta will be working with a BBC production team, and we’ve got an amazing series producer who’s going to be working with Namulanta. We’re teaming her up with the very best, and then together with her we’ll develop her idea into a podcast.

The production of that will start in the next few weeks, episode one is scheduled to be released in December, and there’ll be 15 episodes, each released weekly.

And for the podcast we’re looking for letters from everywhere. We’ll start with Namulanta’s own letter, then letters from within Kenya and then worldwide. It would be fantastic if any of your (Citizen Digital) readers wanted to send in letters which we could include in the podcast.

Does Namulanta’s win now entail a formal employment at the BBC, perhaps?

I have high hopes for the podcast because she’s working with a brilliant production team, and Namulanta herself, without embarrassing her more than I already have, I think is absolutely fantastic. She’s so talented, she’s got some brilliant ideas, she’s such a wonderful presenter, I want everyone in the world to hear.