Ayah Lundt is 14 months old and needs a drug that costs Ksh.230M to save her life 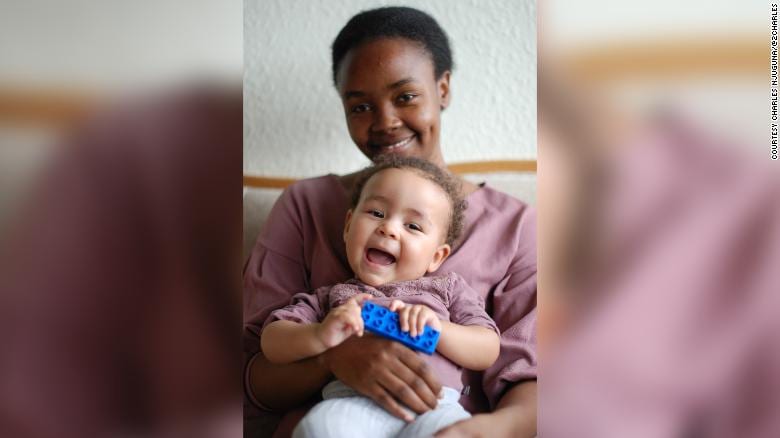 For the first few months of her life, Ayah Lundt was the picture of health.

Born in January last year at a whopping 8.3 pounds, the bubbly baby girl with dark curls and bright brown eyes hit all her developmental milestones.

By six months, she was crawling and trying new foods. Bananas and mushy broccoli were her favorites. Avocados, not so much.

Then at nine months, her progress suddenly reversed. She could not lift her head while lying down, sit on her own or clap — all things she’d excitedly done before.

Her legs caved when she tried to crawl or stand. The key red flag came when she was unable to eat oatmeal with a spoon — something she’d done numerous times.

For a baby who loves her food, that was especially worrisome, her mother, Mary Mithika, told CNN by phone from their home in Bornholm, Denmark.

Ayah was diagnosed with spinal muscular atrophy, a genetic disease found in one in 10,000 children born worldwide.

She’s now 14 months old and her parents are in a race against time to raise $2 million for a one-time, potentially life-saving treatment before she turns 2.

The treatment is called Zolgensma. At $2.1 million (Ksh.230million) a dose, it’s referred to as the world’s most expensive drug.

“I think about the cost every day, and it weighs me down,” Mithika said through tears before taking a break to compose herself. “And then I look at Ayah and see her getting worse. As a parent, what would you do if you knew there’s something out there that can save your child?”

The drug could keep Ayah breathing

Spinal muscular atrophy (SMA) is a progressive disease caused by a defective gene. The disease kills nerve cells and causes infants’ muscles to waste away, which can lead to difficulty swallowing or breathing.

As their muscles deteriorate, infants suffering from SMA develop finger tremors and a curved spine. They cannot stand or walk unaided, and most don’t survive past early childhood due to respiratory failure.

Zolgensma, the gene therapy treatment, is not a guaranteed cure. Ayah’s mother says she will never walk again.

But a one-time intravenous dose delivers a fully functional copy of the gene into the target nerve cells, altering the child’s biology and improving muscle movement and function.

The drug is not approved under universal health care in Denmark, the small Scandinavian nation of about 6 million people.

So Ayah’s parents are raising money to get her treated in the United States, where Zolgensma was approved in 2019 for use on children under age 2.

They’ve started talks with Boston Children’s Hospital to get her treated there once they’ve raised enough money for the drug and the additional costs of tests and doctor visits in the US.

The race to get the funds has spanned continents. Mithika, Ayah’s mom, is from Kenya while her husband, Frank Lundt, is Danish. Friends and others from their respective homelands have helped by organizing fundraisers.

But in a year marked by a pandemic and economic hardships, the family is struggling to meet their goal before Ayah turns 2. As of late March they had only raised about $60,000 (Ksh. 6,561,000).

“We just want what every parent wants — the best for their child,” Lundt said. Ayah has one other sibling, Amira, who’s 2.

“We were so excited about having another princess. She is perfect,” he added. “She has always been such a happy child, even now with all this going on.”

At first, her parents didn’t know much about the disease

Ayah’s parents recalled the day they found out she was suffering from a disease considered a leading genetic cause of death in infants and children.

After they noticed her growing struggle to accomplish everyday tasks she’d done before, they mentioned it to a nurse making monthly visits to their home to check on the newborn’s progress, a common practice in Denmark. She referred them to a doctor.

On November 27, Ayah was diagnosed with spinal muscular atrophy type 2, which develops in infants between 6 and 12 months. Her mother and father sat motionless as the doctor listed the symptoms and long-term effects of a disease they did not fully understand. 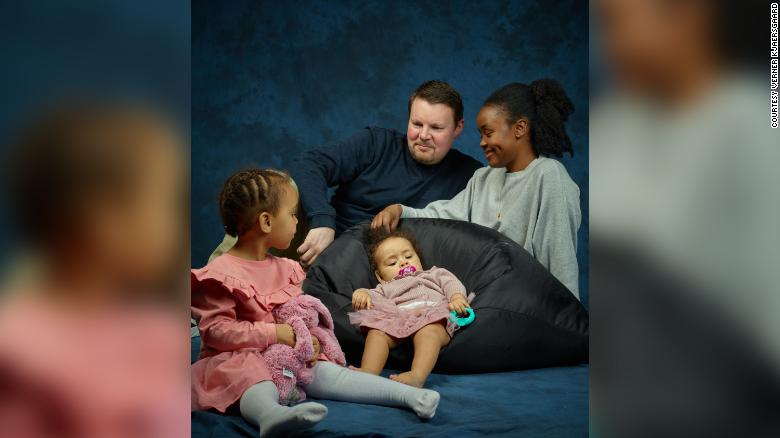 As soon as they got home, Mithika started crying while her husband turned to Google.

“All we heard from the doctor was SMA, SMA,” she said. “We had so many questions. We went on the internet to find out how bad it was. We called doctors we knew. We just wanted to find out as much as we could.”

A week later, Ayah’s doctor started her on medication approved in Denmark. But her parents said it hasn’t helped much and is not considered as effective as Zolgensma.

There have been numerous cases of children showing immediate improvement after getting Zolgensma.

“The potential for gene therapy products to change the lives of those patients who may have faced a terminal condition, or worse, death, provides hope for the future,” the FDA wrote in its approval letter. “Children with SMA experience difficulty performing essential functions of life. Most children with this disease do not survive past early childhood.”

But why is the drug so expensive? Dave Lennon, president of Novartis Gene Therapies, the Illinois company which developed Zolgensma, says the treatment’s price is relative to the value it brings to the health care system — and the cost of long-term care for children with SMA.

“Treating and caring for patients with SMA can cost up to …. $6 million in the first 10 years of a patient’s life,” he told CNN.

The therapy is approved for use in at least 35 countries. But in Denmark, the Danish Medicines Council is assessing whether its cost should be reimbursed under the country’s universal health care system.

“Zolgensma received conditional approval in the EU in May 2020 for specific patients with SMA,” Lennon said. “We are working closely with the Danish authorities as they assess whether Zolgensma should be reimbursed as a treatment for SMA.”

Last year, Novartis launched a lottery-style program to provide the treatment for free to SMA patients under age 2.

It has since allocated 100 free doses, and plans to provide a similar number worldwide this year. To prioritize those with the greatest need, the company says it excludes patients from countries — including those in the EU — where the drug is approved.

Because Ayah’s parents are not eligible for the lottery program, they are pinning their hopes on Denmark agreeing to cover the cost of Zolgensma — or raising the $2.1 million themselves.

Ayah’s family is trying everything they can

In the family home, a normal day starts with Ayah getting breathing treatments twice a day.

Her parents use continuous positive airway pressure, known informally as a CPAP machine, as a preventative form of therapy on her lungs, her father said.

Ayah’s not a fan of the treatment. To calm her down, her mother softly sings “You Are My Sunshine” as she puts the breathing apparatus over her daughter’s nose and mouth.

Ayah also gets alternative medicine via a lumbar puncture every few months, which her mother described as similar to the epidural women get when having a baby.

They also try to do activities, such as crawling, to strengthen her little muscles. “She’s like a four-month-old trapped in a 14-month-old’s body,” Mithika said.

In the months since her diagnosis, Ayah’s symptoms have worsened, leaving her unable to sit on her own, lift her head while lying down or bear weight on her legs. She uses a small green wheelchair with straps to keep her safe.

“She gets frustrated she cannot move. When her older sister dances around her, she tries to join her from the wheelchair but she can’t,” Mithika said. “Every patient is different. But in just the last few weeks, she’s deteriorated so much.”

The setbacks haven’t sapped Lundt’s and Mithika’s determination to save their child.

They’ve launched a social media campaign dubbed “Friends of Little Ayah,” where they share videos of her progress and urge their followers to tag anyone who can help donate via various platforms, such as this GoFundMe.

In the videos Ayah sits in her wheelchair, blows kisses and says “tak.” It’s Danish for “thanks.”