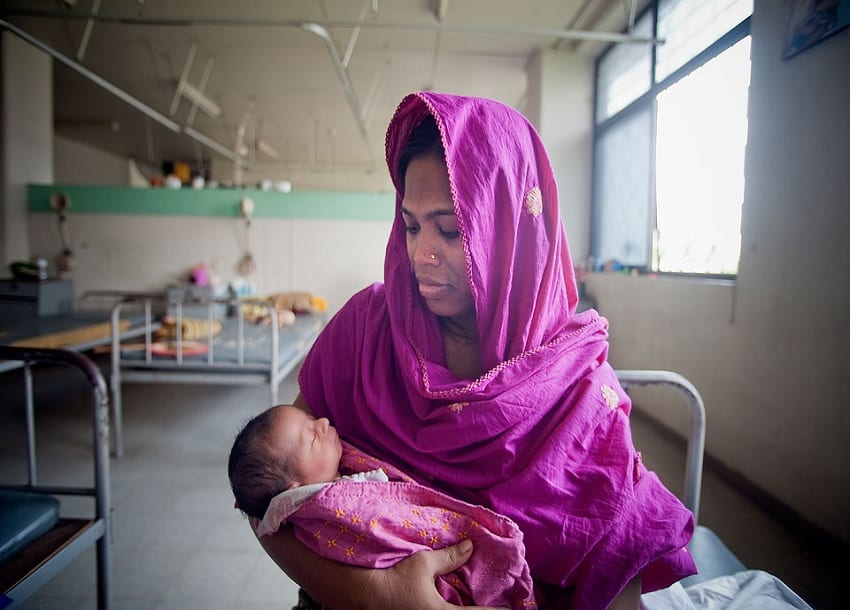 Maternal and newborn deaths in Sierra Leone have soared since the Ebola outbreak in West Africa as fear of being infected and mistrust of health workers deter pregnant women from giving birth in health facilities, researchers said on Tuesday.

Deaths of women during or just after childbirth rose by almost a third and those of newborns by a quarter between May 2014 and April 2015 compared with the previous year, a study by the Liverpool School of Tropical Medicine (LSTM) found.

The number of women giving birth at health centres fell by 11 percent, and those receiving care before or after birth fell by around a fifth, despite most facilities across Sierra Leone being functional and adequately staffed, the study said.

The world’s worst recorded Ebola outbreak, which has killed 11,300 people in Guinea, Liberia and Sierra Leone since it began in December 2013, has set back progress on maternal health in the country, the report’s lead researcher Susan Jones said.

Maternal death rates halved in Sierra Leone between 1990 and 2013, yet it is still has one of the highest rates in the world – more than one in 100 women dies in childbirth – according to the World Health Organization (WHO).

“Now we can rebuild public confidence through education campaigns for both women and their partners, so they understand how Ebola is and isn’t spread,” Jones said.

“Also, it’s important… to encourage women who do use services to encourage others to do the same,” she told the Thomson Reuters Foundation.

Despite a persistent shortage of health workers, facilities across Sierra Leone had similar numbers of doctors, midwives and nurses during the Ebola outbreak as in the previous year, and were ready to provide maternal care, according to the study.

Nurses interviewed for the study said that many pregnant women refused to go to health centres because they were afraid of being diagnosed with Ebola, while others chose to visit traditional healers and herbalists instead.

Sierra Leone released its last two known Ebola patients 10 days ago and began a new 42-day countdown to being officially declared free of the virus.

The study called for stronger referral systems, a postgraduate medical training programme and initiatives to inform the public about the importance of antenatal and postnatal care and assisted childbirth.

It was commissioned by the international development charity Voluntary Service Overseas and carried out in partnership with WaterAid and Sierra Leone’s Ministry of Health and Sanitation.