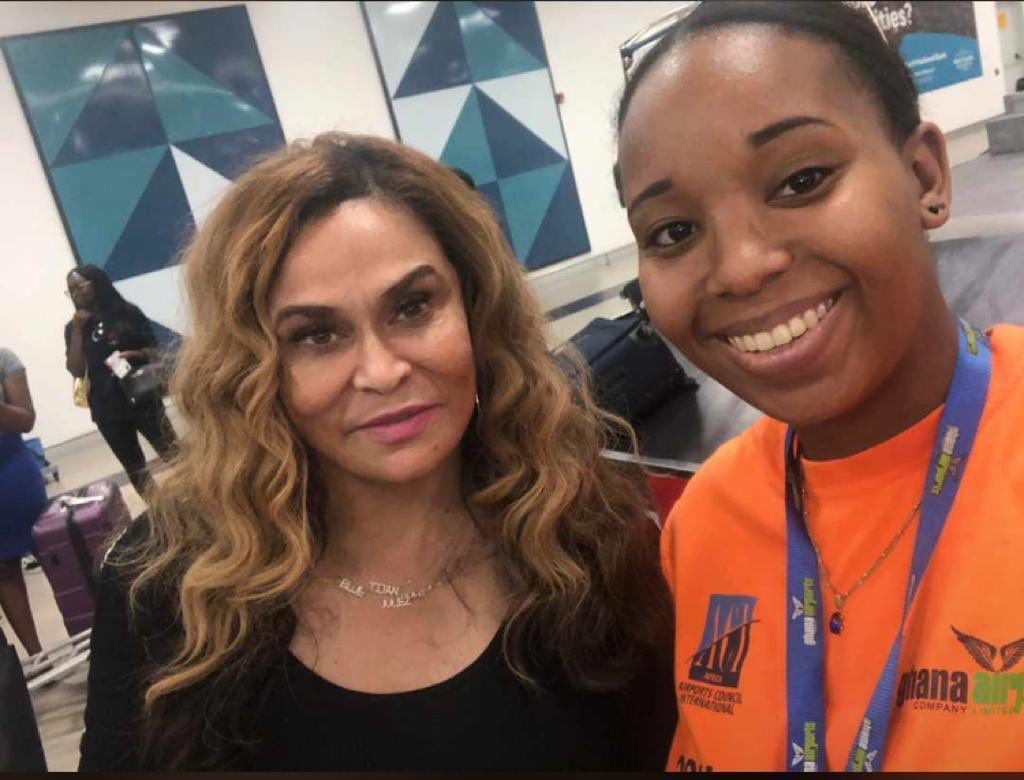 Tina was spotted on Friday taking pictures with fans at the Kotoka International Airport in Accra.

Traditional dancers welcomed the fashion designer at the airport as she was also presented with a book as a gift.

Her arrival sparked rumors that Beyonce and Jay-Z were also in Ghana for the much-anticipated AfroNation concert.

The event that takes place from December 27 to 31 is touted as the biggest urban music beach festival that promotes African culture.

There have been no confirmed reports that the couple accompanied Tina Knowles; however, there are claims that some of Beyonce’s Instagram photos were taken inside a Ghanaian salon. 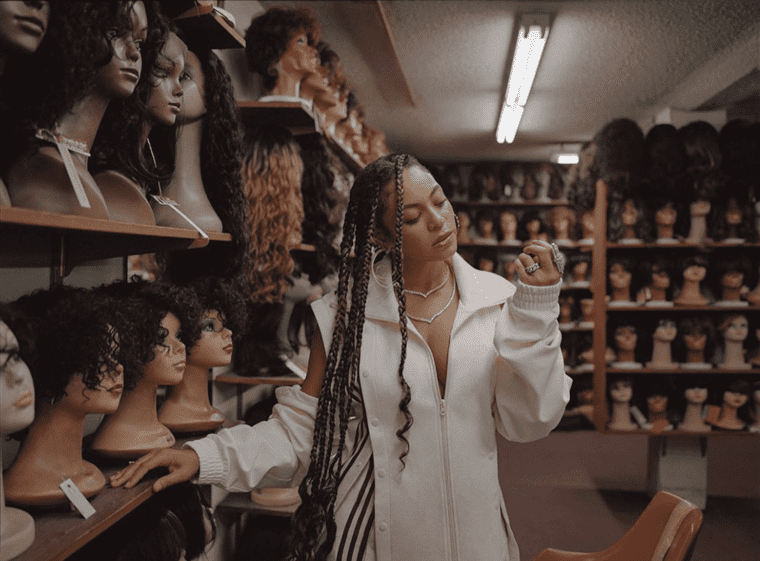 Ludacris on the other hand posted a picture of himself outside a male slave dungeon at the Cape Coast.

“Our ancestors never gave up Faith. You can never imprison our minds nor our spirits. They empowered me to Return. I have completed the cycle and I’m beginning a new Cycle. The Chains have been Broken and the indomitable resilience of African People Triumphs 🙏🏽 ✊🏽 #yearofthereturn,” the photo caption on Instagram reads. 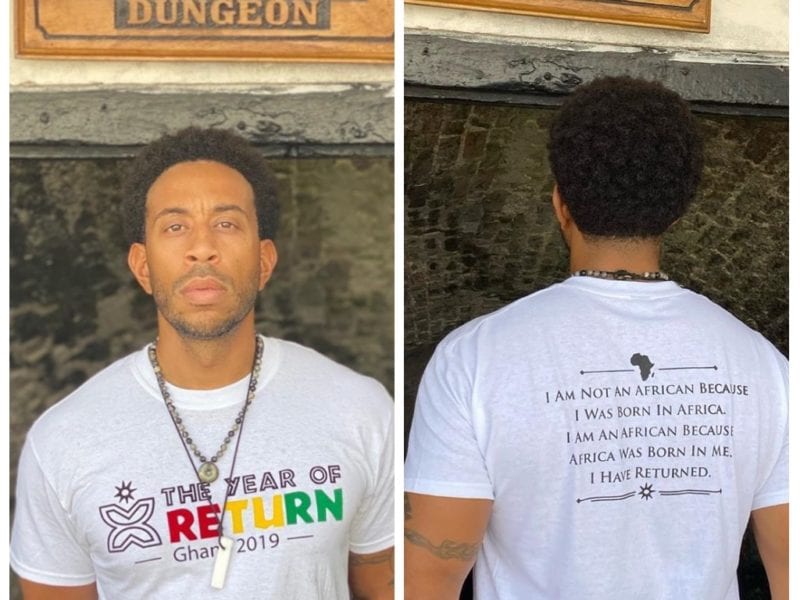 According to the New York Times, the slave castles in Ghana reveal some of the worst atrocities committed: 41,000 were reportedly ‘exported’ every year from the dungeons where they were held captive.

“Each held as many as 200 women for up to three months. Food was handed through the iron gates on a long paddle; there was no toilet, no room to lie down and sleep.

“The only air or light came through the doorways or a few small holes at either end of the ceiling. When the governor wanted a bedmate, he stood on a balcony above and picked one of the women herded into the courtyard,” the NYT report reads.

Also Read: Ghana citizenship rolled out for African Americans as part of Year of Return

He caused a stir on social media when a video of him listening to Ghanaian rapper CJ Biggerman went viral.

Seemingly impressed by the performance, Rick Ross announced that he and CJ Biggerman would perform together at a concert in Accra.

Tina Knowles, Ludacris and Rick Ross join a growing number of African Americans trooping to Ghana for the Year of Return.

WBUR reported that top actor Boris Kodjoe (whose father was Ghanaian) and his wife Nicole Ari Parker boosted the campaign by announcing the Full Circle Festival which attracted 500 people at the time.

“This is purely to explore your roots and to find out who you are. It’s really about building a bridge between the diaspora and the continent. And we are all the resources we need.

“Africa doesn’t need aid. Africa needs to galvanize the diaspora to invest in all these things that are necessary for Africa to take its rightful place on the planet,” he told WBUR in a past interview.

Since then, the Ghanaian Government reports that there have been over 1million visitors some of whom chose to take up citizenship.

My love for #Ghana is part of my identity. It's in my DNA, in my soul. I come back here because I want to feel connected to that part of me. I feel whole. I feel his spirit with me as I'm walking the streets he grew up on. This was his home. Now it is mine. Happy birthday Pop. RIP. #DrEricOfuateyKodjoe #Ghana #FullCircleFestival