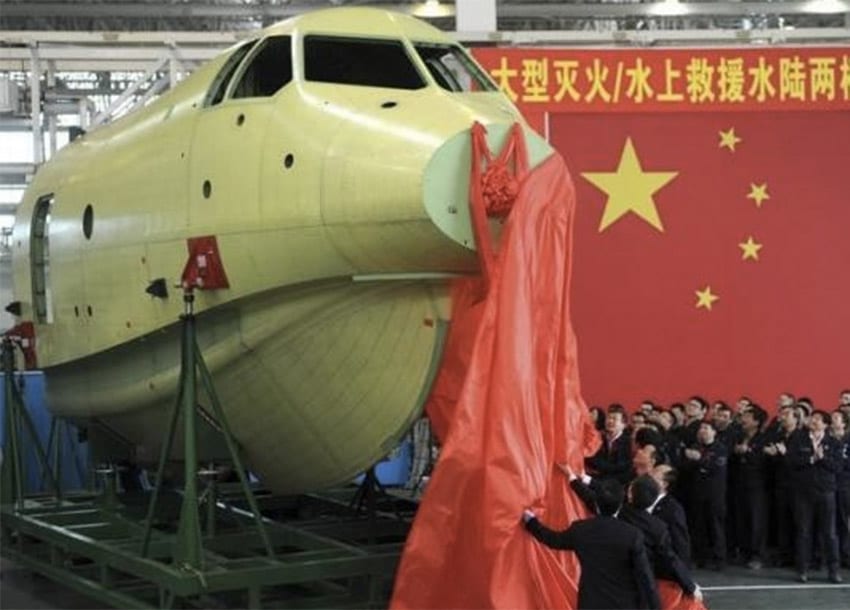 China has completed production of the world’s largest amphibious aircraft after seven years of work, which it plans to use to perform marine rescue missions and fight forest fires, the Xinhua news agency reported.

The AG600, which is about the size of a Boeing 737 and was developed by state aircraft maker Aviation Industry Corporation of China (AVIC), rolled off a production line in the southern city of Zhuhai on Saturday, Xinhua said quoting the firm.

AVIC deputy general manager, Geng Rugang, said the plane was “the latest breakthrough in China’s aviation industry.” A plan for the development and production of the AG600 received government approval in 2009.

The aircraft has a maximum flight range of 4,500 km and can collect 12 tonnes of water in 20 seconds. It has a maximum take-off weight of 53.5 tonnes, Xinhua said.

China has been ramping up research into advanced new military equipment, including submarines, aircraft carriers and anti-satellite missiles, which has rattled nerves regionally and in Washington as China takes a more muscular approach to territorial disputes in places like the South China Sea.

In June, it put into service a new domestically-developed large transport aircraft.