Coconut oil has more ‘bad’ fat than beef and butter-doctors 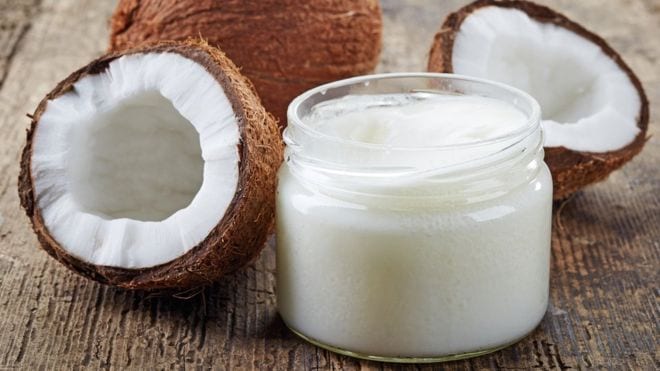 Coconut oil raises ‘bad’ cholesterol in the same way as other foods high in saturated fats like butter and beef, according to the American Heart Association.

Indeed, butter and beef drippings have less saturated fat that raise levels of low-density lipoprotein (LDL), the bad kind of cholesterol that can build up in blood vessels and lead to clots and heart attacks.

According to new AHA dietary recommendations,coconut oil is 82 percent saturated fat, compared with 63 percent for butter and 50 percent for beef fat.

Instead of coconut oil, people should cook with so-called polyunsaturated fats like corn, soybean and peanut oils, the AHA advises.

“Replacing saturated with polyunsaturated has a two-fold effect because a fat that causes heart disease is lowered and a fat that prevents heart disease is increased,” lead author of the advisory Dr. Frank Sacks, a researcher at the Harvard T.H. Chan School of Public Health in Boston, said by email.

Coconut oil raised LDL about as much as other oils high in fat like butter, beef and palm oil in seven out of seven studies reviewed by the AHA for its advisory published in the journal Circulation.

Replacing saturated fats with polyunsaturated vegetable oil reduces the risk of cardiovascular disease by about 30 percent, the AHA concludes from its review of trials that used the scientific gold standard for research – randomly assigning some participants to get the intervention being tested and others to receive an alternative or no treatment.

Cardiovascular disease is the leading cause of death worldwide, accounting for 17.3 million fatalities a year, researchers note in the advisory.

For optimal heart health, the AHA recommends the Dietary Approaches to Stop Hypertension (DASH) diet or a Mediterranean-style diet.

Even eating like this some of the time may help, said Dr. John Potter of the Fred Hutchinson Cancer Research Center in Seattle.

“Small changes may be relevant,” Potter, who wasn’t involved in the study, said by email.

These might include cutting saturated fat with one meatless dinner a week, reducing sugar by eating one less cookie or drinking one less can of soda, having one less glass of alcohol or getting a few extra minutes of exercise every day, Potter suggested.

“Baking with coconut oil may not raise heart disease risks as much as, for example, a generous amount of butter on a 12-ounce steak, not to speak of the steak itself,” Veerman, who wasn’t involved in the study, said by email. “But then again, a small reduction of risk every day adds up, so replacing coconut oil with olive oil may be an easy way to reduce risk a bit.”