When I landed in Dubai on a Tuesday in January for my short visit, like many other Kenyans and Africans visiting the city or emirate in the United Arab Emirates, I couldn’t wait to see the major architectural landmarks the country is synonymous with. Top on my mind was the Burj Khalifa, an 830m-tall tower dominating the skyscraper-filled Dubai skyline and the iconic hotel Burj Al Arab. 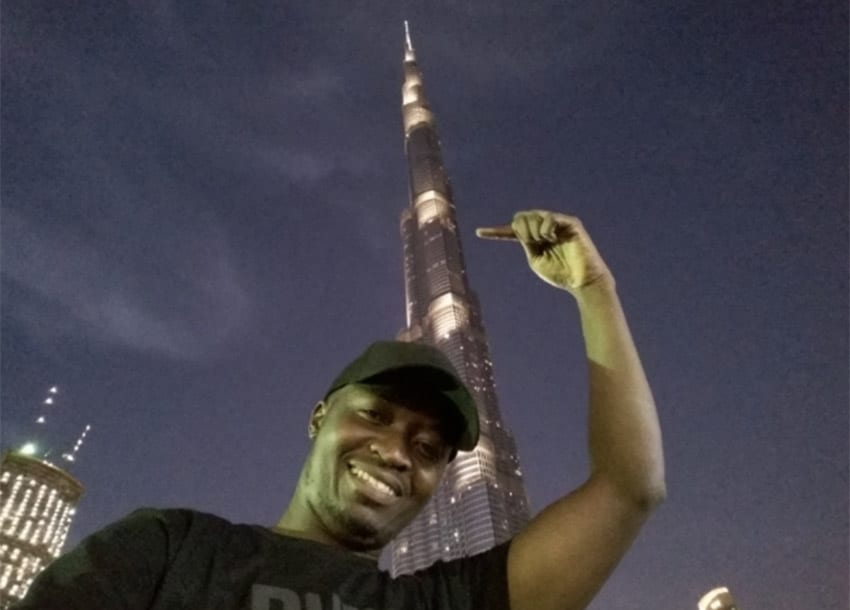 Dubai is famous for luxury shopping, ultramodern architecture, and a robust nightlife, but the promise by my hosts this time was to experience a different Dubai. I landed at DXB at around 4am on a winter Wednesday morning after a 4-hour flight. Winter here is more or less the usual Nairobi weather, I was fortunate to be here during the season. I was part of a 15-strong team of scribes from Kenya, South Africa and Nigeria, that is five from each country.

After a one-hour snooze and breakfast at our hotel that was a few kilometers away, we were on the road to explore. All the while marveling at the meticulously constructed road infrastructure and architectural marvels in the city center. Our first stop – Dubai Parks and Resorts, and here all I did was gawk at all stupendous themes therein. 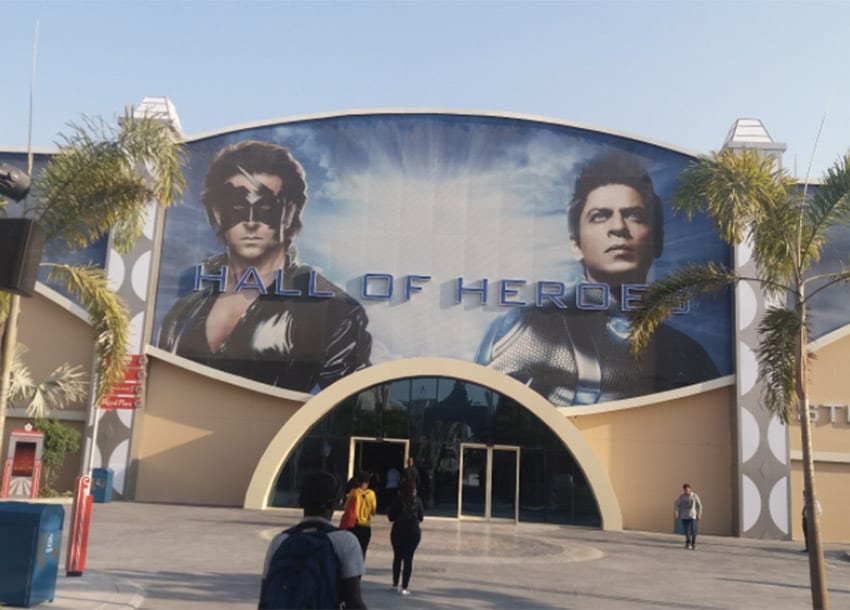 My equally stunned African colleagues and I experienced each and every theme park available inside the integrated leisure and theme park destination constituting more than 25 million square feet of land. For the first time in my life, I gathered the guts to try out the rollercoaster rides -the Madagascar Mad Pursuit at the Motiongate, the infinity coaster, the fastest madly thrilling coaster you will ever experience. How a coaster can move from 0 to like 60kph (it felt like 100kph) in seconds as it makes death-defying ups, downs, twists and turns left my heart in my stomach. Stella – who sat beside me – screamed her guts out. Most memorable! Ha ha. 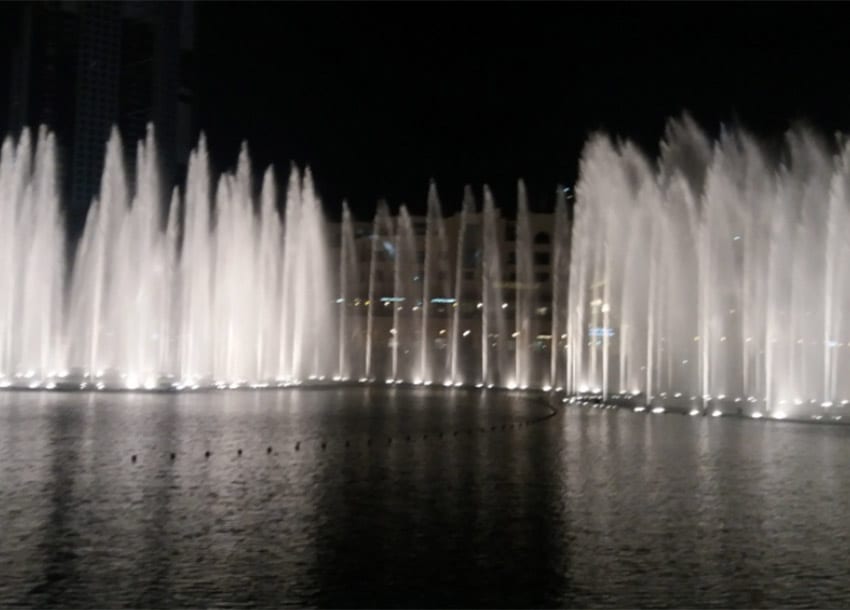 Motiongate is the largest Hollywood-inspired theme park in the Middle East, comprising of 13 of Hollywood’s most memorable live action and animated films. The Shrek Village, Smurf Village, Ghostbusters, Puss in Boots, the Green Hornet are just but a few of the attractions at Motiongate that has united three of Hollywood’s legendary film studios; DreamWorks Animation, Columbia Pictures and Lionsgate, to bring cinematic adventure to life. 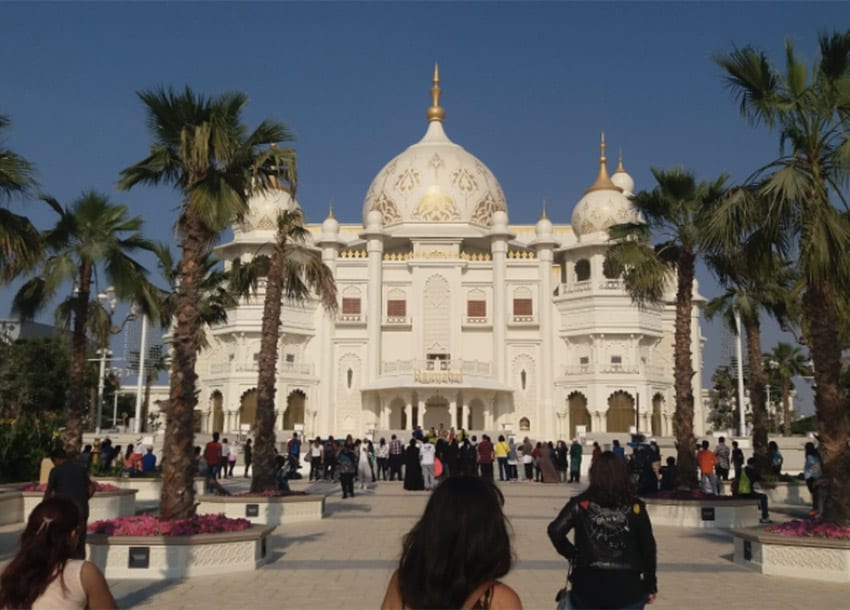 Given it was winter the park was full, the varied faces of the globe well represented. Time stands still as you experience the expansive theme park, with a choice of nine movie-themed family restaurants and an array of quick dining kiosks strategically place as well as official film licensed merchandise sold in 15 themed retail shops. 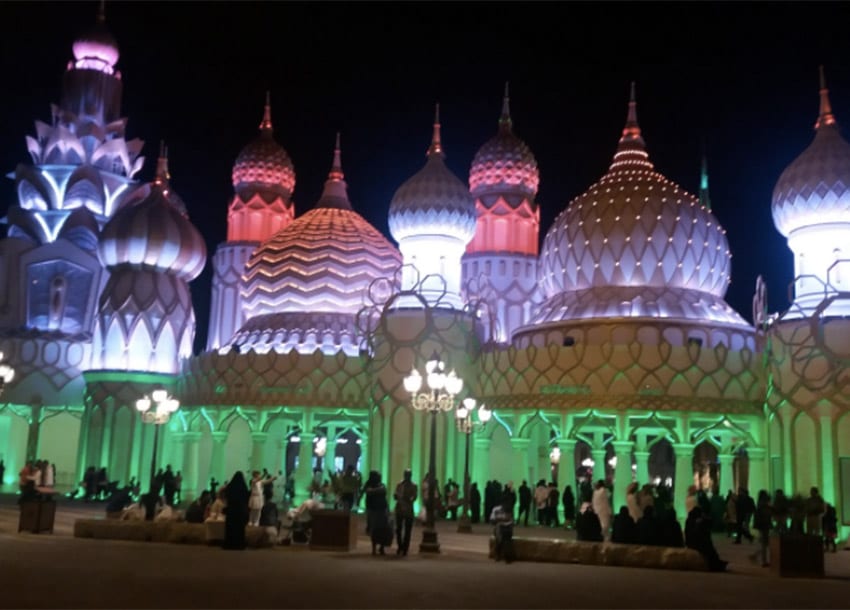 But the journey is not complete without experiencing BOLLYWOOD. Here my early childhood obsession with Hindu movie stars like Amitabh Bachchan, Sunil Shetty, Amir Khan and others was reawakened. Walking on the Bollywood boulevard is almost surreal making one feel like they are in India. The Mumbai Train restaurant, the cycles, the buses and I got to dance to Bollywood movie songs in the open outside the Raj Mahal (a replica of Taj Mahal). Mac Otani the Bollywood dance star – wink wink.

The simulated 3D cinema experience of the Hindu action hero The Krish was the crème de la crème. I could stay here forever, a great getaway from the Nairobi hustle and bustle.

At nightfall we strolled through the Market Out of The Box (OTB) where local online designers and sellers are given the opportunity to sell their wares in open containers downtown a close to the tallest structure in world- the iconic Burj Khalifa and the world’s largest choreographed fountain system set on the 30-acre man-made Burj Khalifa Lake …. And a bit of shopping at the Dubai Mall to crown the night.

Later during a chat with Stella Obinwa, the Dubai Tourism Board Regional Director for Africa while sampling the Arabic cuisines at The Palace Hotel, I learn that Dubai attracted 14.9 million tourists in 2016, a momentous rise from 14.2 in 2015 and Africa accounted for more than 700,000 of these numbers. Kenyans mostly visit Dubai for shopping mainly at Deira Mall which offers an assortment of designer wears at between 30-70% discounted prices, away from the arm-and-leg prices at Dubai Mall.

Day Two was about more roller coasters and themed restaurants and merchandise at the IMG Worlds of Adventures theme park, a park that cost more than a $1billion and took three years to construct. Here you experience the Marvel Vault, Avengers, Lost Valley with a life-size dinosaur, Cartoon Network, Ben 10 to the eerie Haunted Hotel -for those who have the spine, among other amazing ones.

A short ride away is the magnificent Global Village Dubailand, believed to be the world’s largest seasonal tourism, leisure and entertainment project where global landmarks and cultures are replicated. I was part of the 5 million guests who visit here each season.

Of course, after soaking in all the theme park experiences we had to spare some time to shop at Dubai Mall where all the top international and local designs reside, from perfumes to watches to shoes, you name it. Then we concluded the shopping experience with a visit to the equally splendid Deira Mall …a beehive of activity until late. It closes at midnight! But you have to know your currency conversions well to shop here as the Dirham (AED) is the main currency.

As I caught the early Emirates flight out back to my city Nairobi, I was wistful. How I wish Kenya would invest more and leverage on such theme parks and shopping destinations and experiences to boost her tourism. Meanwhile Dubai ….see you again soon!