Catherine, Duchess of Cambridge, the wife of Britain’s Prince William, has left the hospital after giving birth to a son, earlier today.

The Duke of Cambridge was present for the birth of the couple’s third child, at 11 a.m. local time on Monday at St. Mary’s Hospital in Paddington, west London.

The newest arrival to the royal family weighs 8lbs 7oz (3.8 kilograms), and both mother and baby are “doing well,” according to the Palace.

“Thrice the worry now,” William told reporters, holding up three fingers with a smile, as he got into a Land Rover to take his wife and newborn back to Kensington Palace. “We didn’t keep you waiting too long this time.”

Catherine and William emerged onto the steps of the Lindo Wing to introduce the baby to the world’s media shortly before 6 p.m. local time.

The duchess, who was wearing a striking, raspberry-red dress, cradled her baby as the couple waved to well-wishers. Wrapped in a white blanket and wearing a white hat, the baby appeared to be sleeping.

William, dressed in a navy suit and pale blue shirt, drove his new son home, while Catherine sat in the back with the baby.

Prince William had left the hospital for a short time Monday afternoon, before returning with his other children George, 4, and Charlotte, 2. 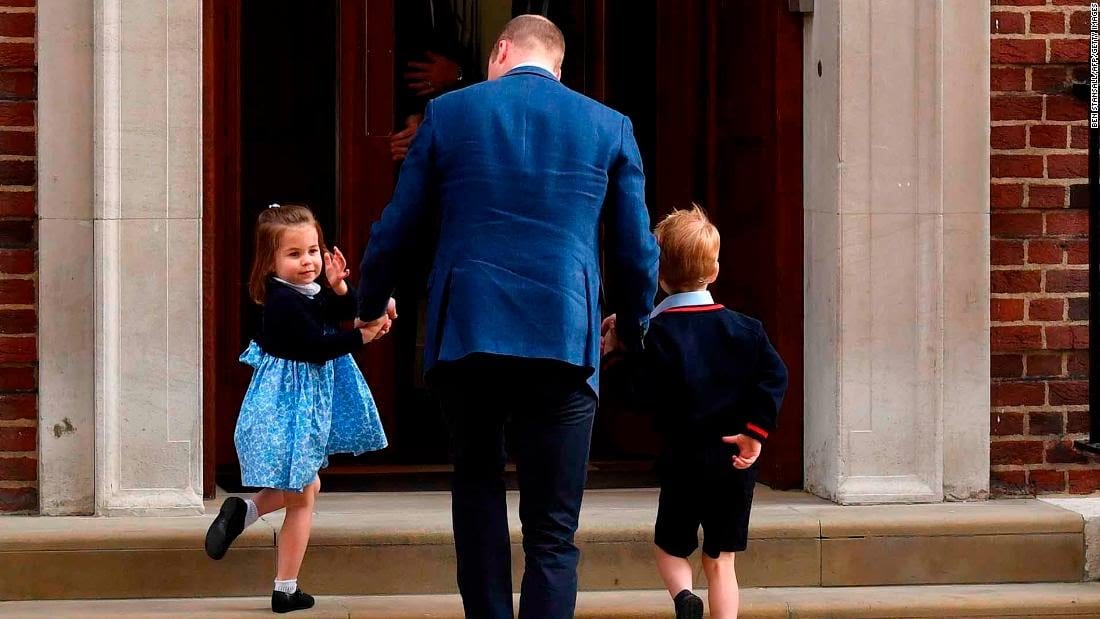 As the three royals entered the hospital, Charlotte waved over her shoulder at the reporters gathered on the other side of the street.

A golden easel bearing a framed notice announcing the birth was placed on display in front of Buckingham Palace on Monday afternoon. The bulletin will be on display for approximately 24 hours.

The practice of posting a bulletin on the occasion of a royal birth goes back to at least 1837, when Buckingham Palace became the British monarch’s official residence. 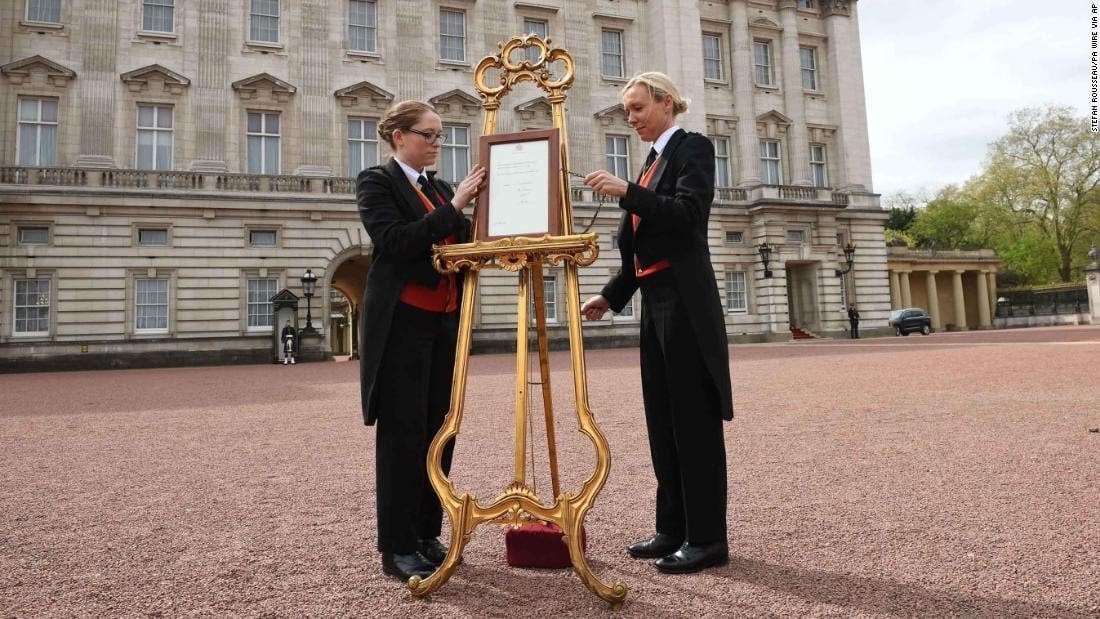