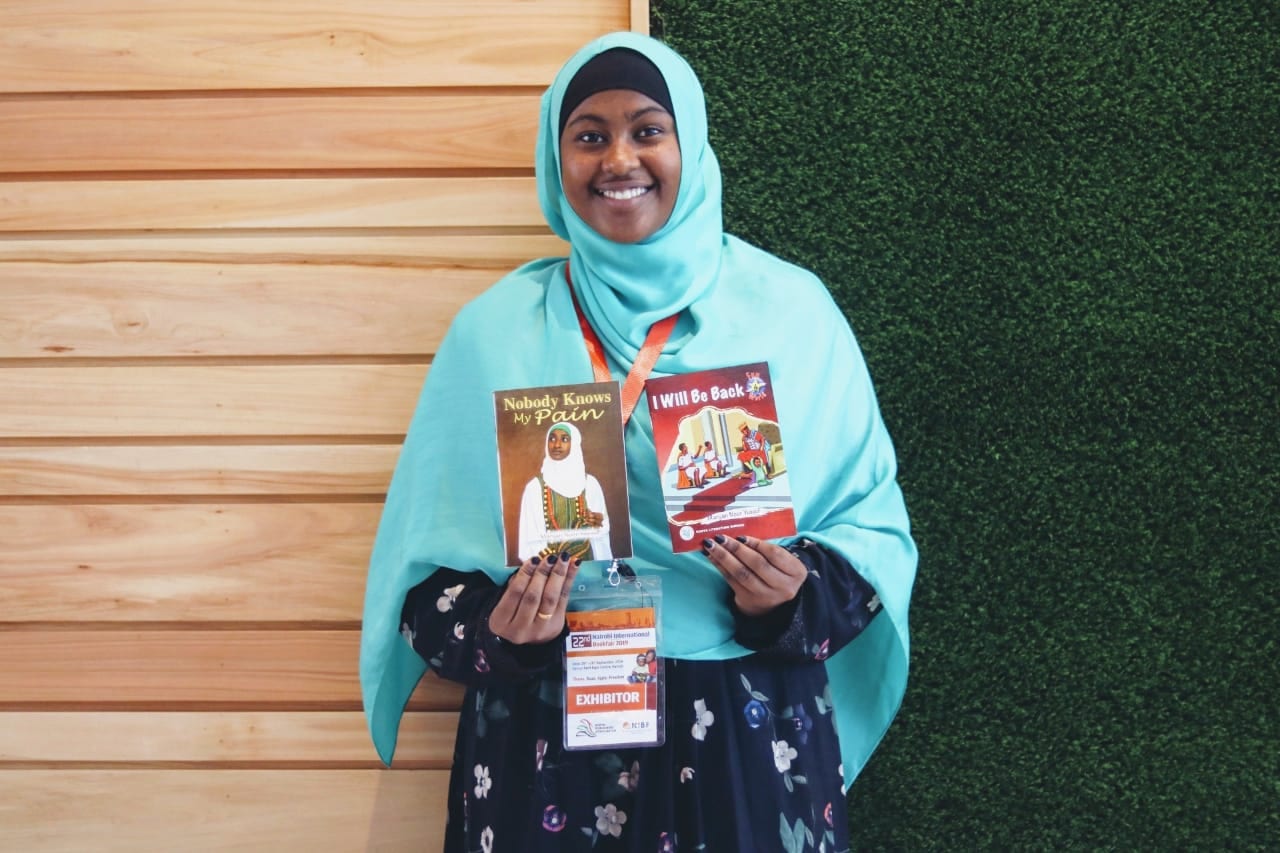 Growing up at Kakuma Refugee Camp, situated in one of the poorest regions in Kenya, couldn’t possibly have been a walk in the park for Maryan Noor Yussuf.

The 19-year-old first year student at St. Paul’s University, who now owns a tour and travel company, is quite practically the embodiment of – to use the words of American rapper Drake – ‘started from the bottom now we’re here.’

But how did she defy all the odds stacked against her? And how has the journey been thus far?

This is the bitter-to-better story of Maryan Noor Yussuf who recently spoke to Citizen Digital about some of the lessons she has drawn from her hard knock life.

Maryan remembers 2009 as one of the most miserable periods of her life; it is the year she lost her father who, to this day, they have never had the chance to bury.

“I remember that fateful day, he gave my mother some money for food and left, promising to be back. Later on, during the day, we were told that he had been involved in a grisly accident and have never seen his body since then… we never buried my father,” she narrates.

In the subsequent years following the untimely passing of her father, who was the family bread-winner, life got tough for Maryan and her remaining family members – mother and three siblings – and they were forced to move out of their flat in Umoja to Kakuma Refugee Camp in pursuit of relief food and shelter.

The ordeal there was never better as she later contracted meningitis;  an inflammation of the membranes that surrounds the brain and spinal cord.

“Life in Kakuma was very terrible. I was in Class Three at the time and we were given meal cards every month, and the UN would give us cooking oil, few kilograms of maize and rice. The area also had scorpions and snakes which were poisonous,” Maryan says.

The weather did did not spare them either as it would rain and flood occasionally, thereby washing away their manyattas and forcing them to share sleeping places with other people in similar or worse situations as them.

According to Maryan, when life became tougher in Kakuma, her mother scoured around for some little money which they used as transport fare and moved to Eastleigh, Nairobi.

“We started living with people in Eastleigh. My mother used to wash utensils and brought us leftovers,” she says.

The family later shifted back to where it all began in Umoja where a certain Mr. Macharia, the owner of Green Angels Academy, sponsored the primary school education of Maryan and her siblings.

In 2013, while in Class 7, Maryan finished writing her first book titled ‘I will be back’ based on the last words her father spoke to them before he left home on the day he met his demise.

“It has been ten years since I last saw him. I don’t know if he is dead or alive because we never buried him. That is why I wrote this book and I hope one day he will come back to us,” adds an emotional Maryan.

The book was however not published at the time because a publishing house rejected it saying she was “young and incompetent.”

“When I first wrote the book, I took it to a publishing house but they rejected it and said I was young and incompetent. I was very heartbroken and depressed. At that time, there had been a terror attack at Westgate Mall and being a Muslim girl wearing a hijab, I faced the discrimination that comes with stereotypes,” she states.

She took the manuscript to another publisher and it was not until 2017, when she was in Form Three at Almaktoum Girls High School in Kajiado that the book was finally published.

Maryan became an instant sensation and took on the shoes of a motivational speaker since neighboring schools would often call on her to give talks and inspire other students.

She adds that she almost lost her life last year due to hiatal hernia; a disease which occurs when the upper part of your stomach bulges through the large muscle separating your abdomen and diaphragm.

She was admitted at St. Marys Hospital in Lang’ata where an endoscopy was conducted.

Although the disease has been recurrent ever since, Maryan says this motivated her even more and she wrote another book; Nobody Knows My Pain.

After her final secondary education examinations in 2018, Maryan was early this year employed by a tour and travel company where she worked for three months before resigning due to health issues.

In April, using the experience she got from her former employer, Maryan started her own tour and travel company known as Black Beasts Safaris in order to get a source of income for her health medication and university education.

Maryan’s passion is to become a journalist, and has largely been motivated by the industry’s creme-de-la-creme including Citizen TV trio Jamila Mohamed, Jeff Koinange and Hussein Mohammed.

She is also particularly drawn to the works of Swahili guru Wallah Bin Wallah as well as Kinyanjui Kombani, who is fondly referred to as ‘the banker who writes.’

Maryan expresses great appreciation and admiration for her mother whom she says has been incredibly monumental to her life.

“Don’t give up. It doesn’t matter how old or young you are, make sure you go for whatever you want. Work for it and and make sure you achieve,” she says as as her parting shot.