From stuffy to selfies: Elizabeth II tries to change with the times 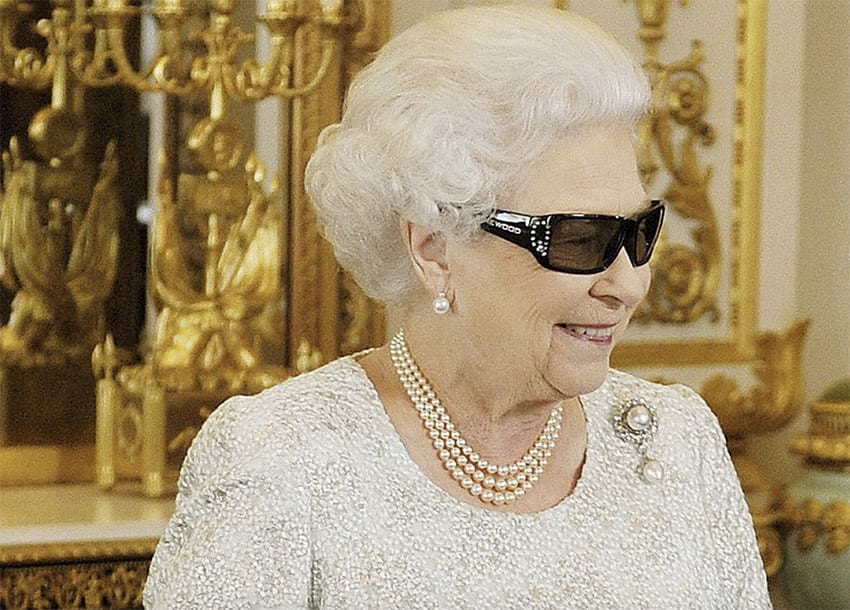 When Queen Elizabeth came to the British throne more than six decades ago, her first prime minister was Winston Churchill, a man who had served in the army of her great-great-grandmother, Queen Victoria.

By the time the current holder of that job, David Cameron, was born in 1966, she had already been monarch for 14 years.

“The first time she saw (Cameron) he was playing a rabbit in a school production in which her son Prince Edward was taking part,” royal historian Hugo Vickers told Reuters. “He is the man from whom she now takes formal advice.”

The contrast between those two politicians epitomizes the huge change that the monarchy and the country have undergone during Elizabeth’s reign, which becomes the longest in British history on Sept. 9 when she overtakes Victoria’s 63-year stint.

Elizabeth, now 89, ascended to the throne in 1952 at the twilight of British empire, with Britain slowly emerging from the ravages of World War Two.

The monarchy was a distant institution that presided over a country where food rationing was still in place and social classes clearly distinct.

Over the next few decades, the royal family went from being something the public would only glimpse in newsreels and at official occasions to releasing family photos on Twitter, and even “photobombing” other people’s “selfies”.

“You would never have guessed at the beginning of the reign the queen would take part in a stunt in which she appeared to jump out of a helicopter with James Bond,” said royal biographer Robert Lacey, referring to her performance at the Opening Ceremony of the 2012 London Olympic Games.

The changes have been more evolution than revolution, but they were not always smooth.

A 1969 fly-on-the-wall TV documentary “Royal Family” was viewed by commentators at the time as damaging to the monarchy’s mystique, and the queen’s daughter, Princess Anne, later said it was a “rotten idea”.

But another innovation the following year, the royal “walkabout” with the crowds, became a regular occurrence.

“The walkabout … in a way symbolized not only classlessness and informality but a sense of public affection for the institution,” Professor Philip Murphy, director of the Institute of Commonwealth Studies.

“They certainly quickly stepped back from the fly-on-the-wall ‘we’re just an ordinary family’ way of presenting the royal family.”

The celebration of her silver jubilee in 1977 and the national joy at the wedding of son and heir Prince Charles to Diana Spencer, and the birth of their children in the 1980s, gave way to tribulations in the 1990s, when “the firm”, as the royal family is nicknamed, was at its lowest ebb.

The marriages of three of her four children collapsed, most notably that of Charles and Diana, in the full glare of Britain’s tabloid media, prompting changes aimed at showing the public that the royals were more than just a privileged, dysfunctional family.

They agreed to start paying taxes on their income and in 1997 Elizabeth bade farewell to her much-loved royal yacht, Britannia, and the newly-elected Labour government refused to sanction paying for a replacement. She cried, the only time she has shed tears in public.

Just a few months later, Elizabeth faced the greatest crisis of her reign when the hugely popular Princess Diana was killed in a car crash in Paris, after which the media criticized her for staying at her Balmoral home in Scotland in the immediate aftermath.

Among the flowers left for Diana, one bore the message: “You were a rose among a family of thorns”.

“The only time as far as I know when the queen’s hand was forced (was) when she came to London a day earlier than she intended to,” Vickers said.

The 1997 upheavals and questions about the monarchy’s future coincided with a landslide election victory by Tony Blair’s Labour Party and a period of new confidence in the country which earned the moniker “Cool Britannia”.

Blair, the youngest prime minister of the 20th century, chimed with the public mood over Diana, famously describing her as the “the people’s princess”.

“The death of the Princess of Wales was a most extraordinary period in British national life,” said Simon Lewis, who became the queen’s communications secretary in 1998 when the royals were still bruised from the fallout over Diana.

Lewis, who left the queen’s service in 2000, said the Windsors had understood they always had to adapt.

“What struck me was that essential view that the institution was as solid as a rock but it needed to evolve,” he said.

Buckingham Palace has been opened to visitors, some two million have attended garden parties hosted by the queen there, and there is greater visibility around financing and what the public pays for.

Those around the queen have changed too, exemplified by Lewis himself, educated at a north London state school and with a background in the private sector.

While the monarchy worked hard to repair its image, the British public was falling out of love with Blair and elected politicians. As disillusionment grew and lawmakers were embroiled in a scandal about their expenses, the queen’s slowness to change morphed from being a weakness into a strength.

“When you get past trauma of Diana’s death into the last 10, 15 years or so, in a way there’s a new kind of creeping respect for the way she’s stayed the same, always done her duty, still keeping the show on the road.”

For those looking for modernity, the queen’s photogenic and charismatic grandsons William and Harry look like princes at ease with ordinary Britons.

“The institution has redeemed itself successfully by an expensive but clever use of PR,” said lawmaker Paul Flynn, one of the few self-professed republicans in parliament.

“They are symbolic, there is a great wave of popularity for the younger royals and clearly the institution is secure for the immediate future but it is very much thanks to the personality of the queen and her reluctance to get involved in matters that do not concern her.”

Biographer Lacey said the queen’s great skill in changing the monarchy was knowing when to make concessions.

“Even tragedies and mistakes like Diana have been turned to the advantage of the monarchy,” he said.

“Monarchy is only ever as good as the people doing the job. None of the family did the job very well as recently as the 1990s. Look at the depths to which it sank and the price they had to pay in terms of paying tax, getting rid of the royal yacht, eating humble pie.