Why “Game of Thrones” didn’t give us a fairytale ending 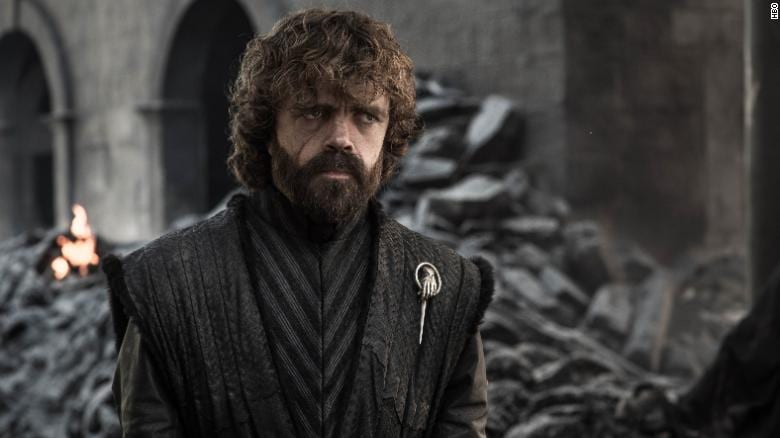 On some level, anybody who expected a typical fantasy ending for Game of Thrones was both misguided and not paying close attention for seven and 5/6th seasons.

Showrunners David Benioff and D.B. Weiss, not to mention original creator George R.R. Martin, repeatedly asserted that the show is a series focused on subverting expectations, not fulfilling hopes.

And hope for a fairytale finale was erased as soon as the episode began:

The iconic, almost excessively-on-the-nose fascist imagery in the scene where Daenerys Targaryen addressed her victorious troops and announced her intent to “liberate” the world with fire and iron and mass murder made it clear that the Mad Queen theories were always correct and that she was doomed to die, likely at the hands of a Stark.

(The Lucifer-like superposition of Drogon’s wings behind Dany’s ethereal form on her arrival was a nice visual touch, I’ll admit.)

Her actual killing by Jon Snow, her onetime lover and the rightful heir, was nearly anticlimactic as a result – in part since it wasn’t the “climax” of the episode.

That’s because the remainder of the episode was spent exploring a rarely-seen in epic fantasy reality that must occur in the aftermath of a king-slaying –that is to say, deciding who has the best, or least dangerous, claim to the crown (not to “the throne,” since the Iron Throne had already been dragon-flamed into a puddle of hot magma).

That the hastily assembled council would pick Bran Stark (with his sister Sansa demanding an independent queendom for herself) is not what any of us wanted, but more or less what we deserved, for daring to dream of a “Jonaerys” pair ruling with grace and wisdom over a peaceful realm.

And even those of us who hoped for the Westerosi Republic to emerge from the ashes had our hopes squelched when Samwell Tarly’s proposal forum elections were stingily dismissed.

In the end, we are reminded that reality is not a fable, that no one truly lives happily ever after and that the end of a tale is just the beginning of many others.

And while a million fans are stewing in rage, a silver lining does exist for some: A couple of dozen bottom-dwelling Democratic contenders for the presidential nomination are feverishly pulling together “Just Call Me Bran” memes as we speak.