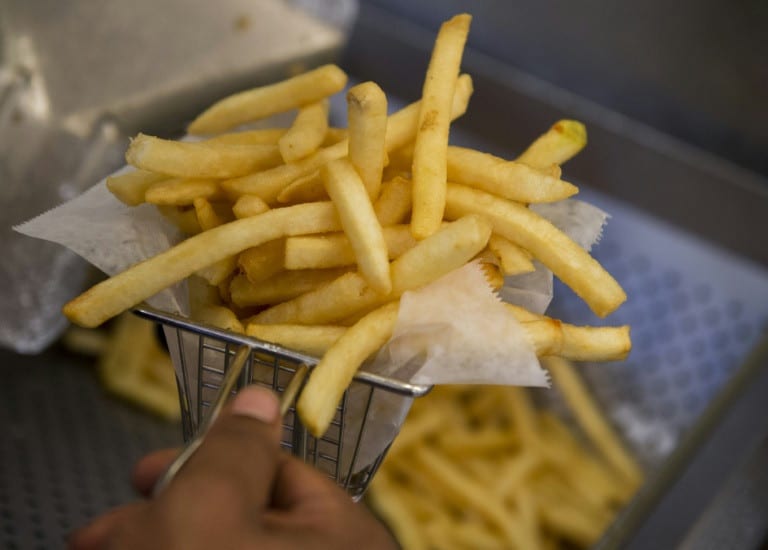 Women who shun fruit or eat lots of fast food take longer to get pregnant and are less likely to conceive within a year, according to a study released Thursday.

A nearly no-fruit diet compared to one loaded with three or more pieces per day added about two weeks, on average, to the time of conception, researchers reported in the peer-reviewed journal Human Reproduction.

And women who consumed fast foods such as burgers, pizza and deep-fried chicken four or more times a week compared to those who never or rarely touched the stuff took an extra month to become pregnant.

“These findings show that eating a good quality diet that includes fruits and minimising fast food consumption improves fertility and reduces the time it takes to get pregnant,” said lead researcher Claire Robers, a professor at the University of Adelaide in Australia.

Earlier research on food and pregnancy has focused mostly on the diet of women diagnosed with, or receiving treatment for, infertility. The impact of maternal diet before conception among women more generally has received scant scientific attention.

To help fill that gap, Roberts and a dozen colleagues in Australia, Britain and New Zealand combed through data gathered through questionnaires by midwives between 2004 and 2011 in all three countries for the Screening for Pregnancy Endpoints (SCOPE) survey.

Detailed answers given by nearly 5600 women in the early phase of pregnancy focused on what they ate in the months preceeding conception.

All of the women were first-time mothers, and only a relative handful 340 had received any kind of fertility treatment before becoming pregnant.

The results showed a clear link between the avoidance of fruits or a fondness for fast-food fare, on the one hand, and a longer “time-to-pregnancy” or higher risk of infertility, on the other.

At the extremes, for example, lots of fast food as opposed to none at all increased the risk of not becoming pregnant by 41 percent.

“We recommend that women who want to become pregnant should align their dietary intakes toward national dietary recommendations for pregnancy,” said lead author Jessica Grieger, a researchers at the University of Adelaide.

The results were adjusted to take into account the potentially adverse impact on fertility of advanced maternal age, obesity, smoking and alcohol consumption.

Information about the diet of the fathers was not collected.