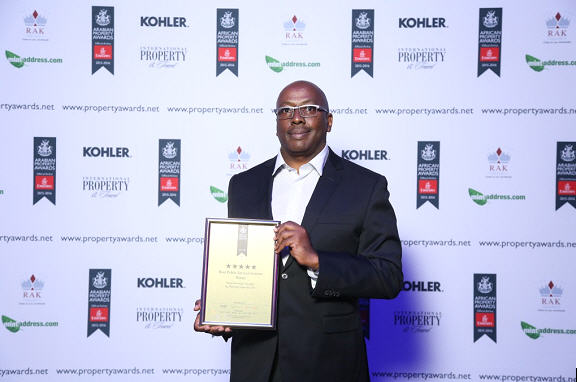 In pursuit to discover the best interior designers in Africa, the International Property Awards in London invited interior design companies to present their finest work.

Planning Interiors Limited, a Kenyan Interior Design firm emerged first and was awarded two of the highest accolades in the property industry.

Judged by an independent panel of 70 industry experts, the Planning Interiors Limited was rewarded with two awards one for being the Best Public Service Interior in Kenya, which was awarded at a ceremony at the JW Marriott Marquis Hotel, Dubai on the 12th December 2015.

The second award was for the same project and was awarded after the company successfully competed against the best in Africa at a ceremony held at the London’s Marriot Hotel Grosvenor on December 7th, 2015.

Planning Interiors Limited was among hundreds of entries which were received from 25 countries across the regions of Africa and Arabia.

The Africa  and Arabia Property Awards are said to be part of the International Property Awards which are the world’s largest, most prestigious, and widely recognized programme.

Stuart Shield, President of the International Property Awards, said: “Once again, African interior designers have excelled in this competition by demonstrating their flair for creating innovative and impressive interiors that also prove ideally suited for their purpose.”

In addition to receiving this prestigious award, Planning Interiors Limited was also nominated for the Best Public Service Interior Africa.

Upon receiving the award Eugene Ngugi, the CEO of Planning Interiors Limited, was full of praise for his team of designers as well as Kenya Airways who gave them the creative licenses to come up with the award winning designs.

“When we were selected to design the lounges we realized that this was not our normal project since the airport after all is the first point of contact for visitors to our country. We needed to come up with a design which created a memorable impression. Kenya Airways customers are discerning and used to high international standards, so our challenge was to create a design which had elements of our country but with an international look and feel,” said Ngugi.

Ngugi noted that the fact they won the prestigious award was proof they met the challenge and impressed the judges despite the tough competition in this category.

“This recognition is truly a blessing in its acknowledgement of all the creativity and hard work that went into realizing the project and an apt demonstration of our commitment to the faithful execution of Planning Interiors’ vision which is “Bringing the best of Kenyan Interior Design to the World.”

Worldwide, the 2015 International Property Awards received more than 2,000 entries from over 110 countries this year, 16 of which were from Africa.