Kenya’s Chakava among top women to watch in 2020: Forbes 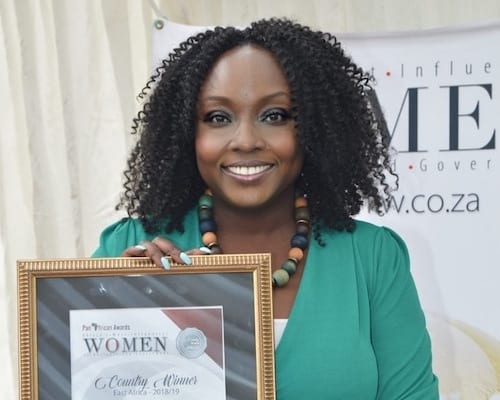 More women are taking up c-suites, becoming the captains of industry and holding the reins in governments.

The bar has been set higher for women who are at the middle or bottom of the ladder which means that often their efforts or impact may go unnoticed.

”This relatively rigorous methodology leaves little room for women who are young heads or cabinet-members of small- or medium-sized countries; who are brand new to an executive role; who have left fabulous positions and are looking for their next act,” Forbes says of the yardstick used to measure success.

They, however, have begun to rise to the top in spaces they are in, irrespective of recognition or the lack thereof.

Sowa from Ghana heads the Africa Women Development Fund while Chakava from Kenya is the Investment Director at the Graca Machel Trust.

These organizations empower women economically by helping them to access resources to start their enterprises.

These two women may not be controlling the kind of war chest that you would find at a corporate giant such as Goldman Sachs but are using the little they have so efficiently that the impact can be felt across the continent.

The 32-year-old was Botswana’s minister for investment, trade and industry, one of the youngest ever cabinet members in the Southern African nation.

Currently, Kenewendo runs Molaya Kgosi, a mentorship and leadership forum for women. She has also been given a platform by TedX, a global forum for sharing ideas to promote the empowerment of women.

In 2018 and at the age of 35, Camara was appointed to become Mali’s youngest ever Minister for foreign affairs, a position she held for one year before she was moved to yet another ministry.

Camara still sits in the Cabinet as Minister for Digital Economy and planning.

Having made her entry so early into the corridors of power, there is no telling how far she would get in her career in civil service.

She is the current mayor of San Juan, the capital of the Island nation of Puerto Rico which is a territory of the United States.

Yulin is gunning for the gubernatorial seat in Puerto Rico, a staunch advocate of her home territory, she did not pull any punches in her tussle with Donald Trump over the response to a hurricane that hit the Caribbean Island

Just this week, Finland’s parliament elected her as Prime Minster. At 34, she will be the youngest ever serving Head of government.

As if that’s not enough, she is heading a female dominated cabinet in a country where four out of the five leading political parties are being headed by women.

Having started her career as the head of the town Council of Tampere, her home town at 27, Marin has had a meteoric rise to the top rungs of her government.

She is perched at the helm as the Co-Chief Executive of the banking titan Morgan Stanley serving as the head of its China operation and co-running the Asia Pacific region.

As such, she is a force to reckon with in the finance industry in a region with some of the fastest growing economies in the world.