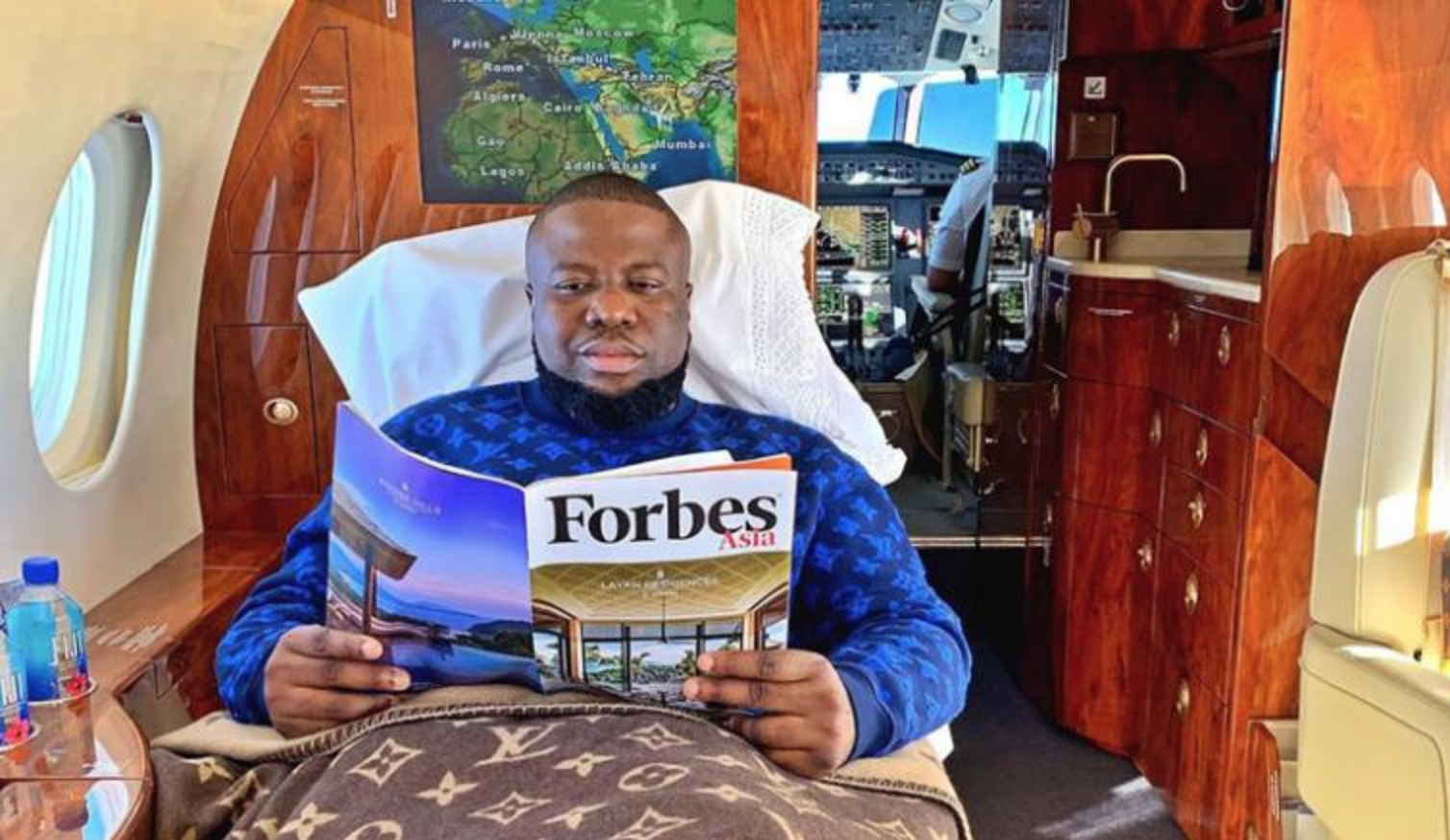 To his 2.5 million Instagram followers, he went by Ray Hushpuppi, a man who boarded helicopters from his Dubai waterfront apartment and walked around carrying shopping bags from Gucci, Versace and Fendi.

On social media, where he posted a video of himself tossing wads of cash like confetti, he told his followers he was a real estate developer.

But a federal affidavit alleged his extravagant lifestyle was financed through hacking schemes that stole millions of dollars from major companies in the United States and Europe.

His flamboyant posts left a digital trail of evidence that investigators used to link the crimes to him, the affidavit shows.

Last month, United Arab Emirates investigators swooped into his Dubai apartment, arrested him and handed him over to FBI agents, who flew him to Chicago on July 2, federal officials said.

In the coming weeks, he’ll be transferred to Los Angeles — where the affidavit was filed — to face accusations of conspiring to launder hundreds of millions of dollars through cyber crime schemes.

He worked with multiple co-conspirators and was arrested along with 11 others. Investigators seized nearly $41 million, 13 luxury cars worth $6.8 million, and phone and computer evidence, Dubai Police said in a statement.

“This case targets a key player in a large, transnational conspiracy who was living an opulent lifestyle in another country while allegedly providing safe havens for stolen money around the world,” US Attorney Nick Hanna said in a statement.

Abbas’ attorney, Gal Pissetzky, declined to get into details on how his client earns his money. But what he does for a living is going to be “one of the main points of contention here,” he told CNN.

Pissetzky called his client’s arrest a kidnapping, saying Dubai handed him to the United States with “no legal proceedings whatsoever.”

Abbas has not been formally indicted, and the government has 30 days to indict him, his attorney said Thursday.

Flamboyant posts helped tracked him down

Abbas made no secret of his opulent lifestyle and remarkable wealth. On Snapchat, he called himself the “Billionaire Gucci Master.”

“Started out my day having sushi down at Nobu in Monte Carlo, Monaco, then decided to book a helicopter to have … facials at the Christian Dior spa in Paris then ended my day having champagne in Gucci,” he posted on Instagram three years ago.

Photos of him displaying multiple models of Bentley, Ferrari, Mercedes and Rolls Royce cars included the hashtag #AllMine. Others show him rubbing elbows with international sports stars and other celebrities.

In the affidavit, federal officials detailed how his social media accounts provided a treasure trove of information to confirm his identity. His Instagram, for example, had an email and phone number saved for account security purposes.

Federal officials got that information and linked that email and phone number to financial transactions and transfers with people the FBI believed were his co-conspirators.

His Apple and Snapchat records also provided information that helped investigators confirm his identity, address and communications with other suspects. Even his Instagram birthday celebration photos helped verify his identity.

One post displayed a birthday cake topped with a Fendi logo and a miniature image of him surrounded by tiny shopping bags. The date of his birthday matched one on his previous US visa application.

Federal documents detailed how a paralegal at a New York law firm wired nearly $923,000 meant for a client’s real estate refinancing to a bank account controlled by Abbas and his co-conspirators.

The paralegal had received fraudulent wire instructions after sending an email to what appeared to be a bank email address but was later identified as a “spoofed” email address, the affidavit said.

Abbas sent a co-conspirator an image of the wire transfer confirmation for the transaction, according to the affidavit.

Abbas and an unnamed person also conspired to launder $14.7 million from a foreign financial institution last year, according to a criminal complaint.

During that alleged cyber crime, Abbas sent a co-conspirator the account information for a Romanian bank account, which he said could be used for “large amounts.”

In other alleged schemes, he also provided Dubai bank accounts that can be used to deposit money from victims in the United States, the affidavit said.

He’s also accused of conspiring to try to steal $124 million from an unnamed English Premier League soccer club. But it’s unclear whether the attempt was successful.

“BEC schemes are one of the most difficult cybercrimes we encounter as they typically involve a coordinated group of con artists scattered around the world who have experience with computer hacking and exploiting the international financial system,” Hanna said.

Last year alone, the FBI recorded $1.7 billion in losses by companies and individuals victimized through business email compromise scams, according to Paul Delacourt of the FBI field office in Los Angeles.

Abbas’ bond hearing is set for Monday. His transfer to Los Angeles has been complicated by logistics linked to coronavirus, his attorney said.

If convicted of money laundering, he faces up to 20 years in prison.