Of clueless men, last-minute bookings and adventures in the wild 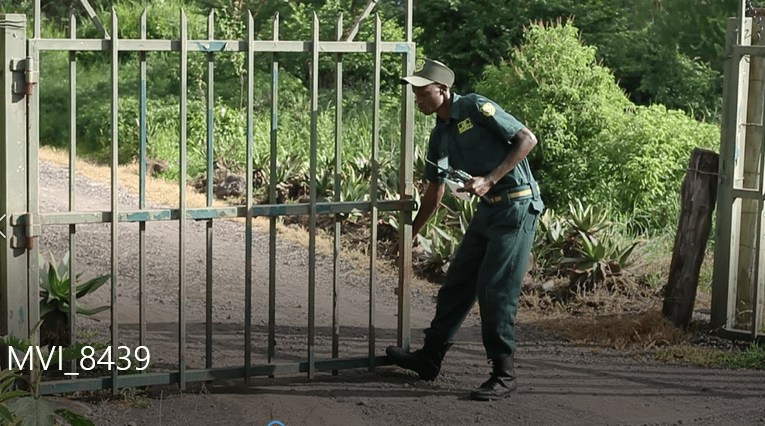 You know how when it’s Friday your brain slowly moves into an automated countdown even before you leave the office?

That was me last weekend, and to make matters worse (or better), it was my third anniversary.

So you can imagine where my mind was from 8am till 5pm (face in palm).

On a regular shift, I’d be working from a Tuesday to Saturday; but this particular weekend was super special and as luck would have it, my boss agreed to give me an entire three days off!

My hubby and I had planned for this day for close to two months; what to do and most importantly, where to go.

We had so many conversations about it but at some point I got frustrated because as you know, some men can be a bit ‘slow’ when it comes to romantic getaways (I hope he doesn’t read this part).

After spending so much time talking about it, we only started searching for accommodation  a week to our anniversary date! Typical Kenyan behavior right?

And as is the norm, we just could not find the perfect place; most spots were either fully booked, too expensive or too far.

Can you imagine that by Saturday we still hadn’t settled on any place?! I sat on my laptop and began to frantically peruse different websites.

You’ll never guess what happened next!

I logged on to my Facebook page and before I could even scroll down, a picture of a breathtakingly white, sandy beach resort popped up.

I couldn’t help but stare dreamingly, imagining me and him together taking walks and swimming in the ocean.

I knew Mombasa was a long shot but I still clicked on the Bonfire Adventures link to find out more about the location.

Their page had all sorts of holiday packages  and at affordable prices too! I felt like I had hit the jackpot!

Two hours later, I had found the perfect place. We booked it right there and then and paid online.

Bonfire Adventures made our day extra special; they offered their executive 4×4 Landcruiser, with a convertible canvas top, to take us to the luxurious Serena Elementaita Hotel. 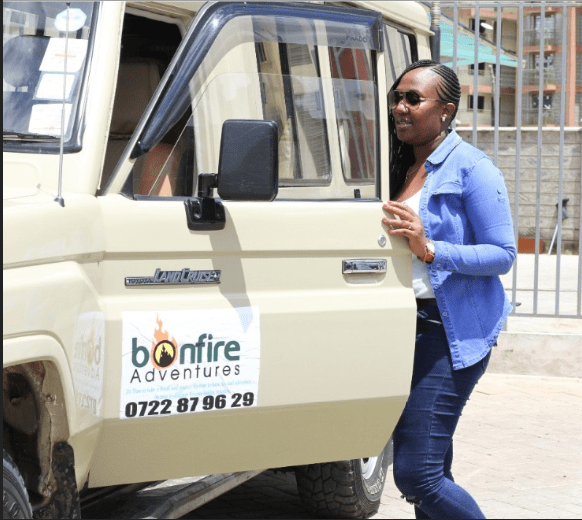 We left shortly after, through the Southern bypass towards Limuru and down to Naivasha.

Two hours later, the driver pulled up at the serene Soysambu Conservancy at the  Elementaita.

I noticed the security guard at the entrance radio in our arrival before approaching us to ask for reservation documents. We showed them to him and that is when he went to open the gate. 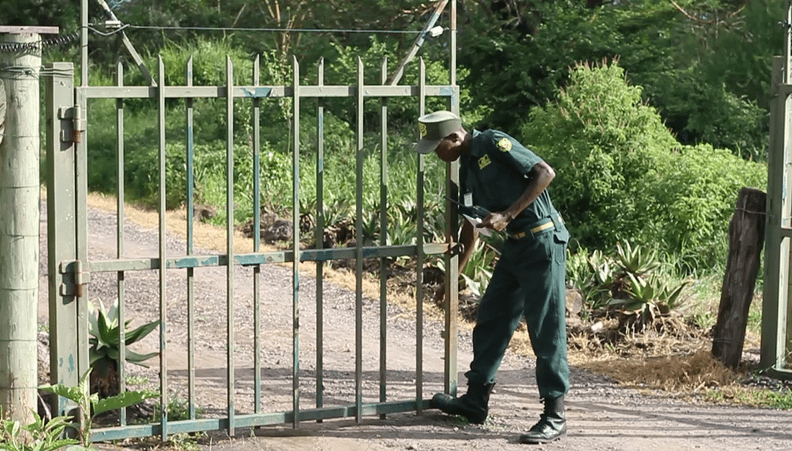 The 3-minute drive to the reception was through a picturesque scenery, with air so fresh, a stark contrast to the polluted Nairobi. 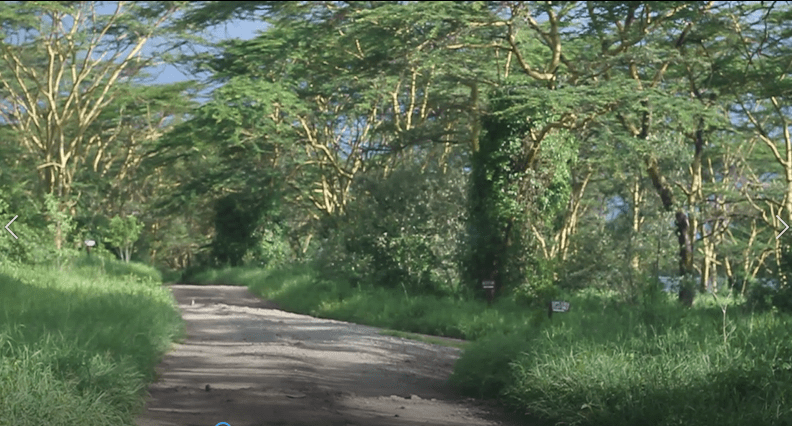 We were greeted with a glass of champagne as we settled in to the place I would call home for the next two days. 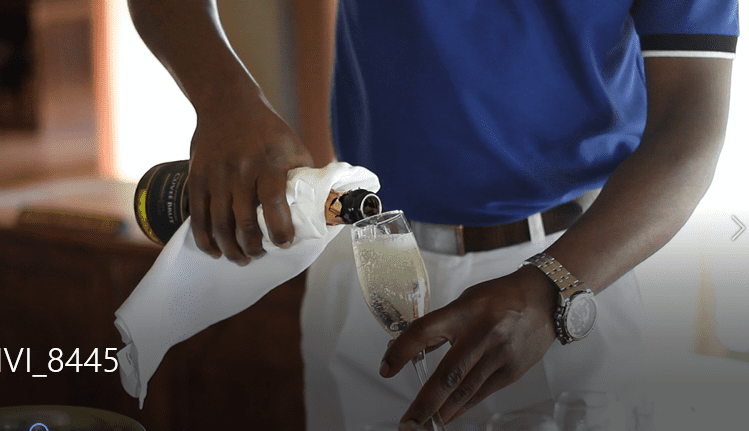 The bellboy took our luggage and showed us to our room: the Deluxe Double tent.

We found a King-sized bed with a balcony overlooking the lake. 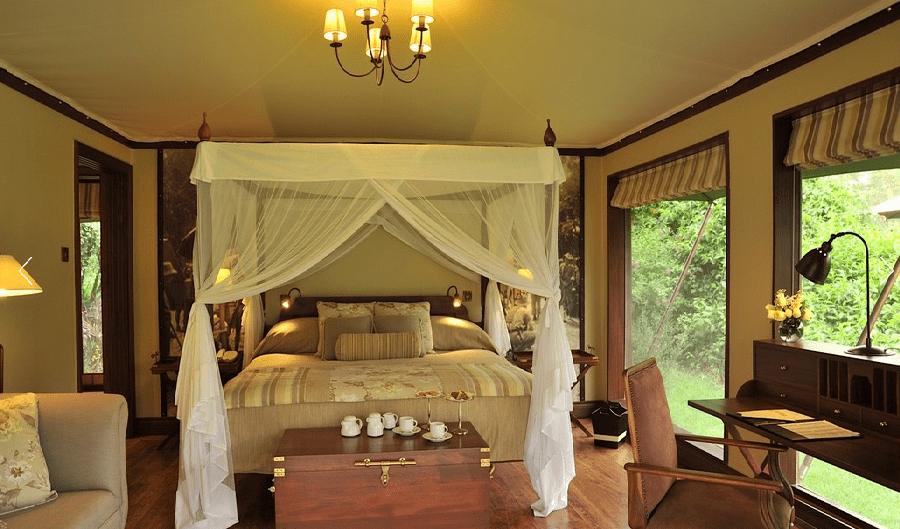 There was also a beverage station and a bathroom with a his-and-hers shower. 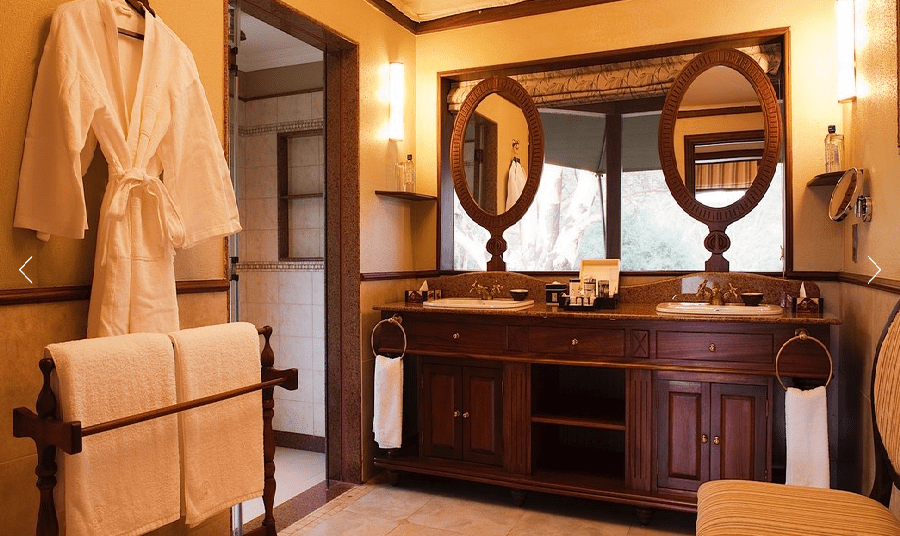 A card written Free Wi-Fi was on top of the table at a cosy spot within the room.

We settled in and as it was still early, we decided to take a stroll through the hotel, marking the beginning of our anniversary adventure.

Meanwhile, the hotel chef, whose name we later learnt was Joel Wambua, was busy putting his culinary skills to task. 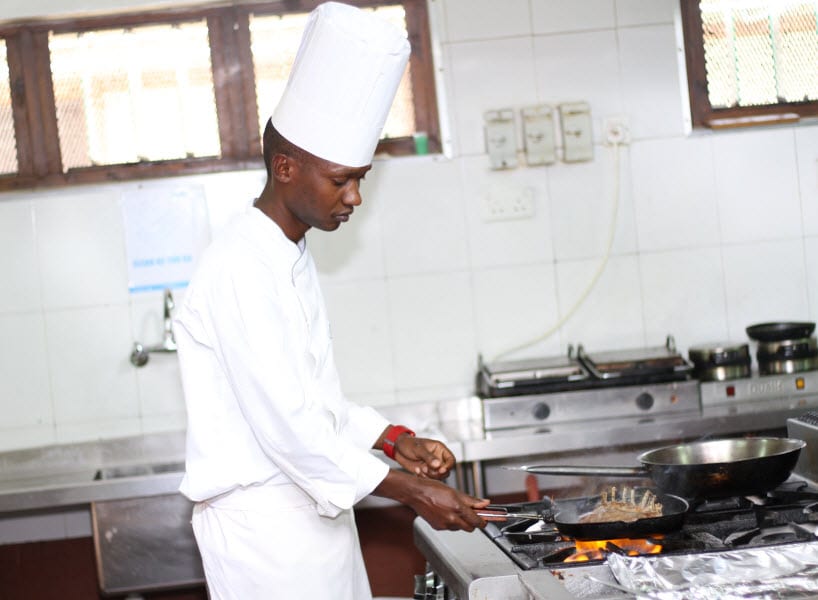 My first meal that night was fresh grilled salad… 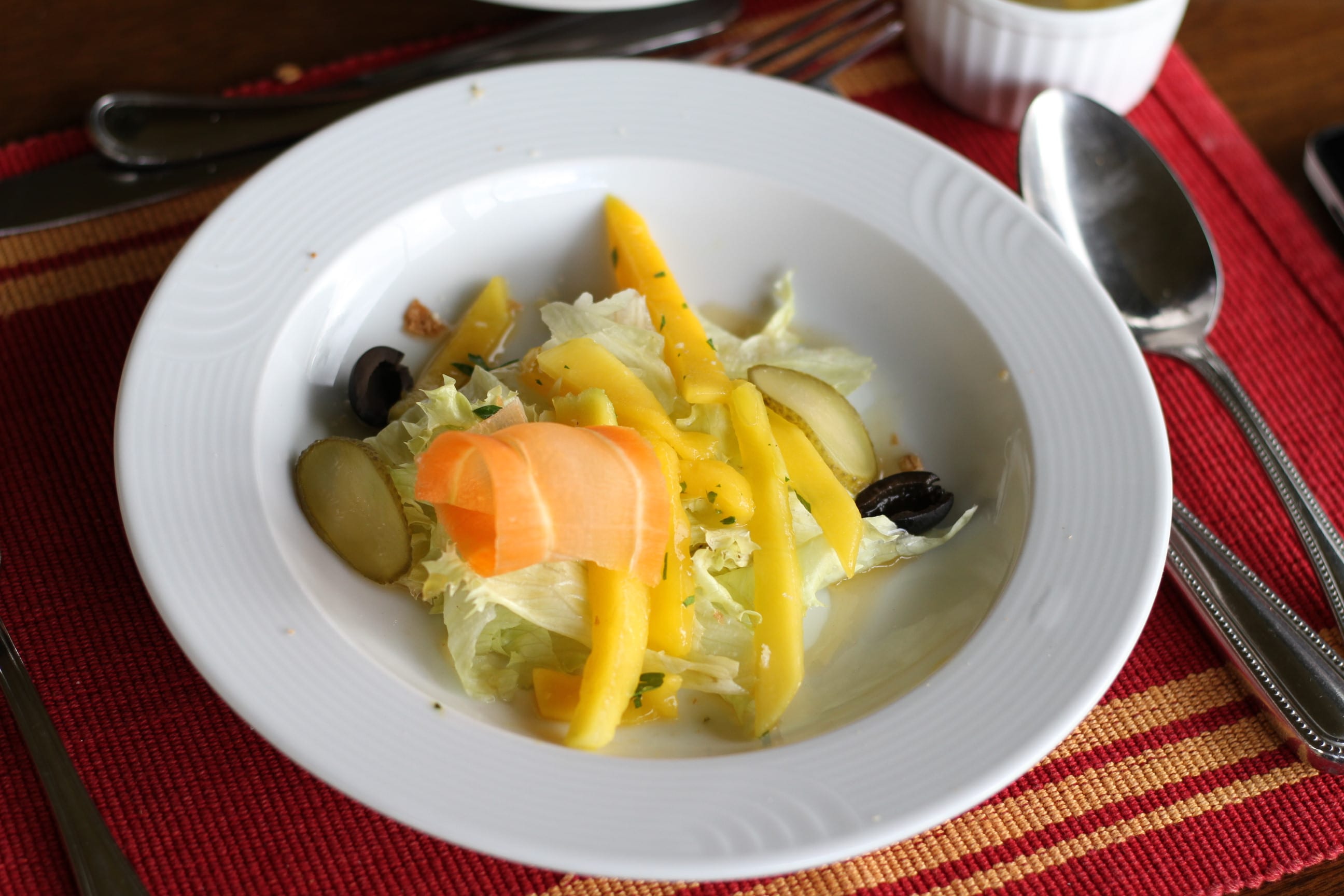 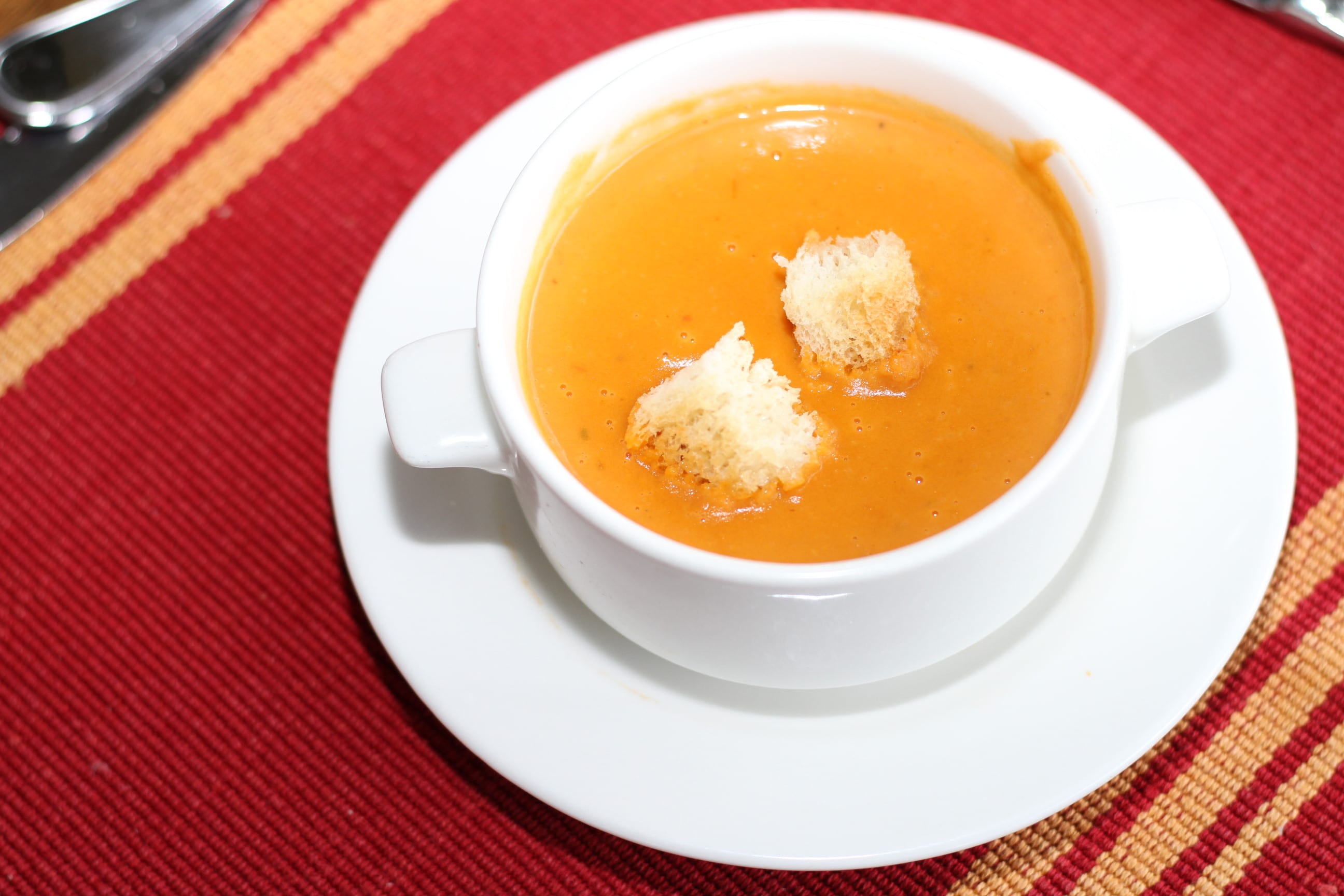 My husband, who is more adventurous when it comes to trying new food, ordered for Amuse Bouche, a Succotash salad, herb-crusted tenderloin of Angus Beef… 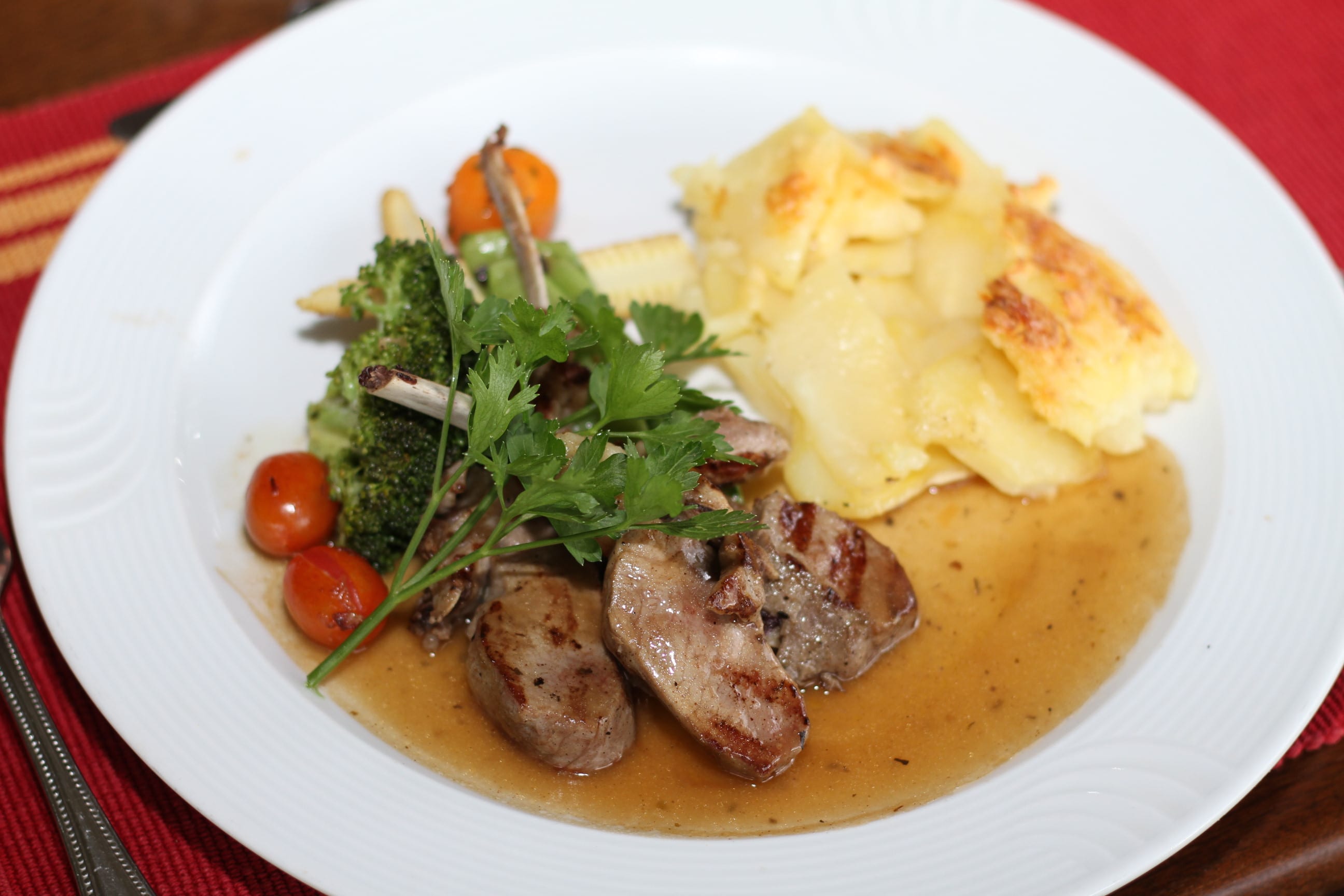 …with fruit crumble served with warm custard sauce for dessert.

Not only did we enjoy the large portions but the exquisite taste of a three-course meal beffiting of a king and his queen. 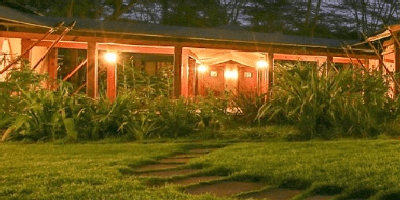 What an ecstatic end to the first day of our third anniversary!

Join me again next Sunday as I take you through our second day at Serena Elementaita.