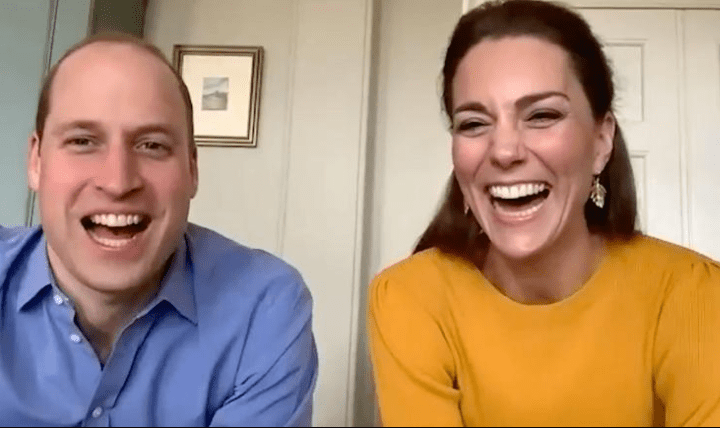 Our first royal vloggers? Not quite, but the vibe was certainly there when the Duke and Duchess of Cambridge appeared on a sofa, giggling together in a teaser for their new YouTube channel this week.

“By the way, be careful what you say now,” William quips to Kate while pointing to the camera. “Because these guys are filming it.” Kate nervously laughs “I know!” before the rest of the 25-second clip launches into a montage of official tours, engagements, red carpet events and a behind-the-scenes blooper, overlaid with a buzzy soundtrack.

While the teaser released on Wednesday included outtakes from a previous video, and the royal family already has a YouTube channel, this is about showing the couple’s work “in more depth,” a royal source told CNN.

The transition of reigns takes official effect the moment a monarch dies but, in reality, the process is ongoing well before then, and the revamped social presence is probably a part of that. Each heir in the direct line of succession is expected to reflect and represent their generation to keep the monarchy relevant. For millennial heirs William and Kate, if any platform defines this era of mass communication, then it’s social media — and if you want to go long-form then YouTube is the place to be. (Eagle-eyed royal fans may also have noticed the quiet change to the Cambridges’ Instagram account, with the couple migrating to a new @DukeandDuchessofCambridge handle to match the YouTube channel.)

So, what can subscribers expect from this new outlet? Well, the second video on the channel featured a powerful phone call between Kate, 4-year-old Mila Sneddon and her mother, Lynda. They had to isolate from Mila’s father, Scott, and big sister, Jodi, to protect Mila, who was receiving chemotherapy for acute lymphoblastic leukemia, according to Kensington Palace. The family were finalists in a lockdown photography competition run by the duchess. Their image documented Mila giving her dad a kiss through a closed window at their home in Falkirk, Scotland.

It’s a lengthy and compelling conversation in which you learn about Mila and the competition but also see the informal side of Kate, who has a passion for both photography and children’s welfare.

Some media figures are suspicious that the royals are ramping up the PR machine to try to control their own media rather than partner with mainstream brands as they have in the past. But the reality is that, for young people, YouTube is the mainstream, and the Cambridges are simply hoping to approach their audience directly.

The move seems to have paid off so far, with more than 249,000 subscribers in the first 24 hours and their first vid garnering 1.3 million views. Among the stream of excited comments, fans praised “the wonderful surprise” and thanked the couple for “giving the world transparency on life in the royal family.” Other users joked that someone was “gonna have to get them on challenges they’ve missed now” like the “spicy noodle challenge” or “ice bucket challenge.”

While it’s fair to assume the couple’s filming setup will require more than ring lights and mounted iPhones, their success will be measured by how much pickup they get, just like their content-creating counterparts.