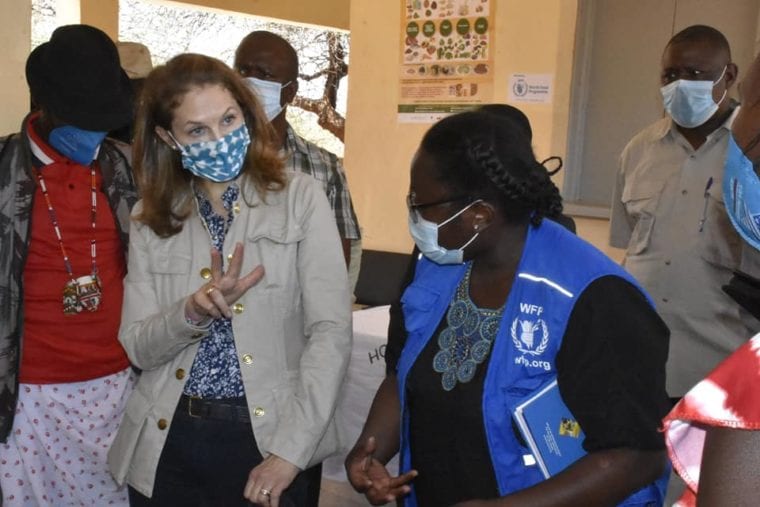 Princess of Jordan Sarah Zeid visited Isiolo County on Friday where she interacted with nursing mothers and their children.

She also toured Kambi Sheikh village in Burat ward where locals farm fruits and vegetables as well fish with support from the World Food Program (WFP).

“I am happy to have seen the transformation in this farm which is a result of the partnership between Governor Kuti’s administration and World Food Programme,” she said.

On Friday, she lauded the working relationship between leaders and the World Food Programme stating that combining resources and skills will ensure that women, girls and children remain healthy.

Isiolo Governor Mohamed Kuti echoed her sentiments saying: “It is a special day for the people of Isiolo County as Princess Sarah Zeid has come to witness how my Government’s partnership with World Food Programme is slowly addressing issues of malnutrition that affects our people.”

Isiolo is one of the 25 counties that contributes to the 26% malnutrition rate in Kenya.

Governor Kuti expressed optimism that Princess Zeid would amplify her voice in advocating for the people of Isiolo County given that she has had first hand experience of challenges that the residents face.

He reiterated the need to put in place mechanisms that offer alternatives for residents who have to travel far for maternal health services.

“It is unfortunate that some mothers still have to deliver at home with help from traditional birth attendants, since it’s the only option they have, owing to lack of health facilities closer to them,” he said.