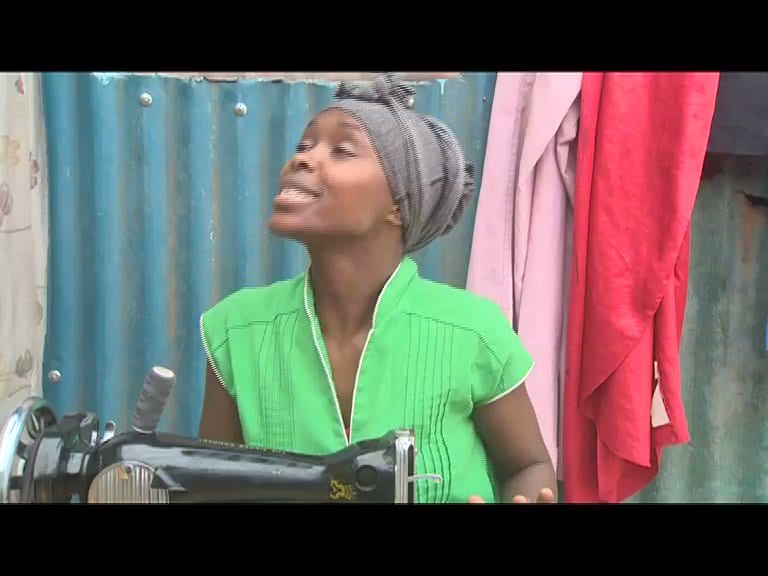 Jacky Vike is popularly known for her role as Awinja in the Papa Shindarula show on Citizen TV. During a recent interview, she spoke about how the late Charles Bukeko who was the lead actor in the popular TV series, convinced her to act as Awinja even though she had suggested someone else she thought would be more suited for it.

How did it all start? I went for some auditions after my debut on Wash and Set and it happened that Charles Bukeko was on the interview panel.

They were really happy with my performance yet it was something totally different from Awinja because I auditioned with a different character. No accent, no nothing. I went for the second audition, the third one and we were just waiting to be called to shoot the main thing but I don’t know what happened the project never went through.

But after like a year Charles Bukeko called me for a house girl role and when he mentioned that this girl is from Mumias and she has to have a Luhya accent, I said you know what….No I can’t. I’m not good with accents but I know someone who will hack it so I ended up giving someone else’s number.

But then again I don’t know what happened. He still called me back and he’s like you know what…come…we will work it out. So that’s how the character Awinja was born.

What did that experience teach you about herself? It taught that nothing is impossible and practise makes perfect because the more I kept doing it the more I became good at it. When you watch the first episode of Papa Shirandula I never had that deep Luhya accent but as time went by I learnt along the way…I had to go and do my research, sit with people who speak like that….and it grew in me.

How may shows it took before she got comfortable with the role? “First of all even before becoming comfortable….do you know that Papa Shirandula has been there for I don’t know how many years?! When I was in school I used to watch it. So you can imagine getting into such a show where there were gurus…..people who have been in the industry like Wilbroda ( Jacky Nyaminde), Jalang’o…I was so intimidated! You cannot water down such a show so you have to up your game. But they really helped me and we grew as a team.

What was your first solid gig? Papa Shirandula. It was my first serious job. I have done other shows but it was like the salaries would delay but once I joined the Papa Shirandula show I realised this was a serious gig. Besides the set-books, travelling theatre I can say it was a solid job.

It seems like as uncomfortable as the role was once, now you have settle in kabisa. People recognise you from that show and various other platforms. But what doors did that one decision open?

Wow! Oh my God! Heh! I can’t even start counting. My life changed! It changed in so many ways. I’m talking in terms of even other jobs coming through like doing advertisements, becoming an ambassador for different products, clients trusting me with their products…even right now I have a rapport with some of them and it’s just…it’s crazy….being an actor ilinifanya nikapanda ndege. It has made me meet presidents. It has been overwhelming in a very good way.

The above are excerpts from Jacky Vike’s interview on the Ride With George show.