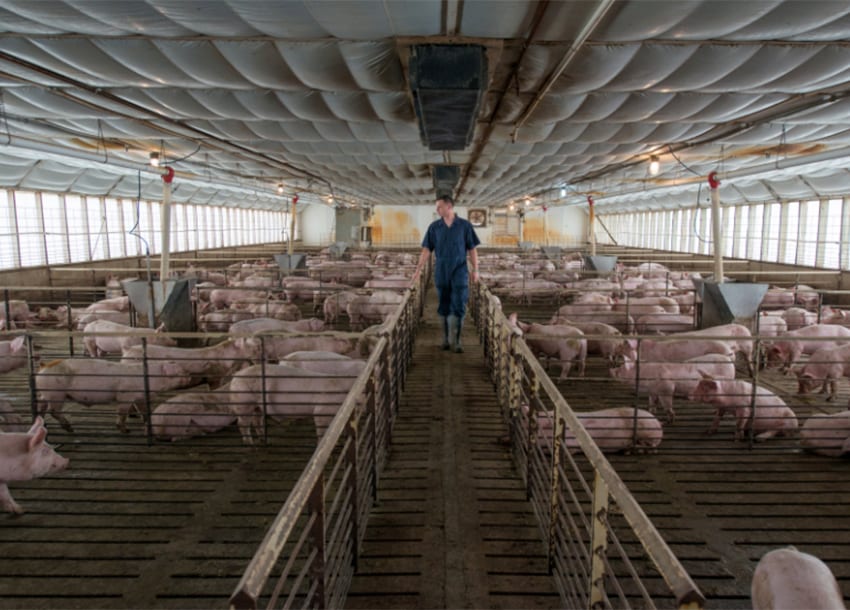 Smithfield Foods, the world’s largest pork producer, has established a separate bioscience unit to expand its role in supplying pig parts for medical uses, with the ultimate goal of selling pig organs for transplantation into humans.

Routine pig-human organ transplants are years away, but recent scientific advances are breaking down barriers that frustrated prior attempts to use pigs as a ready supply of replacement parts for sick or injured people, making it an attractive new market.

“Our bread and butter has always been the bacon, sausage, fresh pork – very much a food-focused operation,” Courtney Stanton, vice president of Smithfield’s new bioscience unit, told Reuters in an exclusive interview.

“We want to signal to the medical device and science communities that this is an area we’re focused on – that we’re not strictly packers,” she said.

Smithfield, the $14 billion subsidiary of China’s WH Group, in its first move has joined a public-private tissue engineering consortium funded by an $80 million grant from the U.S. Department of Defense. Smithfield is the only pork producer, joining health-care companies including Abbott Laboratories, Medtronic and United Therapeutics Corp.

Transplants are used for people diagnosed with organ failure and who have no other treatment options. Transplants from animals could help close a critical gap to help those in need. The United Network for Organ Sharing estimates that, on average, 22 people die each day while waiting for a transplant.

Smithfield already harvests materials for medical use from the 16 million hogs it slaughters each year. The company owns more than 51 percent of its farms and hopes to sell directly to researchers and health-care companies, which now typically buy from third parties.

Stanton said the U.S. market for pork byproducts used for medical, pet food and non-food purposes stands at more than $100 billion, and that excludes any potential market for animal-to-human transplants, known as xenotransplants.

Smithfield has deals in the works to supply pig organs to two entities, though Stanton would not disclose the names.

“It’s just a huge potential space, and to be at the leading edge and focused on building those relationships is critical,” she said.

Pigs have long been a tantalizing source of transplants because their organs are so similar to humans. A hog heart at the time of slaughter, for example, is about the size of an adult human heart.

Other organs from pigs being researched for transplantation into humans include kidney, liver and lungs.

Prior efforts at pig-to-human transplants have failed because of genetic differences that caused organ rejection or viruses that posed an infection risk. Swiss drugmaker Novartis AG folded its $1 billion xenotransplantation effort in 2001 because of safety concerns about pig viruses that could be passed to humans.

George Church, a Harvard Medical School genetics professor and researcher, tackled that problem two years ago, using a new gene-editing tool known as CRISPR to trim away potentially harmful virus genes that have impeded the use of pig organs for transplants in humans.

Church has since formed a company named eGenesis Bio to develop humanized pigs that do not provoke a rejection response or transfer viruses to people. The company last month raised $38 million in venture funding.

Eventually, Church said, the process could enable researchers to harvest a dozen different organs and tissues from a single pig.

Church estimates the first transplants involving humanized pig organs could occur in a clinical trial later this year, but these would only be used on people too sick to receive human organs.

Genome pioneer Craig J. Venter’s Synthetic Genomics Inc has been working for two years with United Therapeutics on editing the pig genome and mixing in human cells to overcome the complex issues involved in immune rejection. “It’s not like changing a couple genes and you’ve got it solved,” Venter said.

Stanton would not rule out breeding genetically modified animals, but said Smithfield’s first ventures will likely involve whole pig organs that go through decellularization – a process in which existing cells are washed away and replaced with human cells.

Miromatrix Medical Inc, of Eden Prairie, Minnesota, for example, is using whole pig livers to make a surgical mesh used in hernia repair and breast reconstruction, and it is working toward developing replacement livers, hearts and kidneys.

Church welcomes the involvement of a big pork producer. “Even though we’ve got companies like eGenesis that would make the first pigs, you still need someone who will breed them and do it to scale,” he said.