The silent extinction: Less than 100,000 giraffes left in the wild 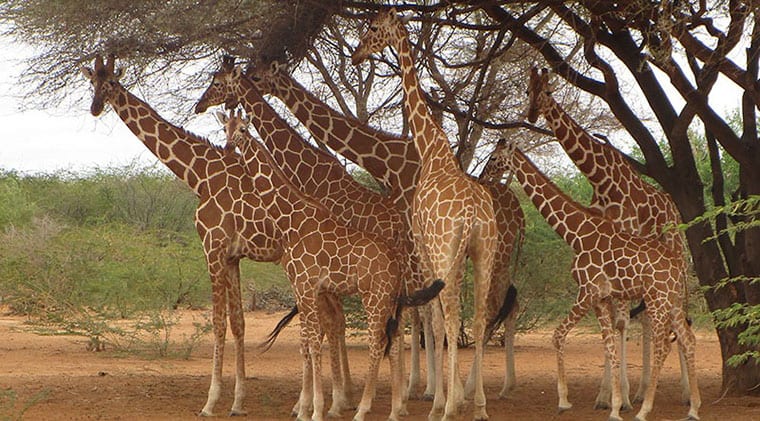 As the World celebrated World Giraffe Day on June 21, 2020, there remains growing concern over the endangered status of the world’s tallest animal.

The giraffe is one of the most majestic animals in the wild. Towering at an average height of 5 metres, giraffes are easily visible atop the shrubs of woodland savanna plains.

Male giraffes, however, can grow as tall as 6 metres above the ground. Apart from their towering stature, giraffes live largely under the obscurity of The Big Five. 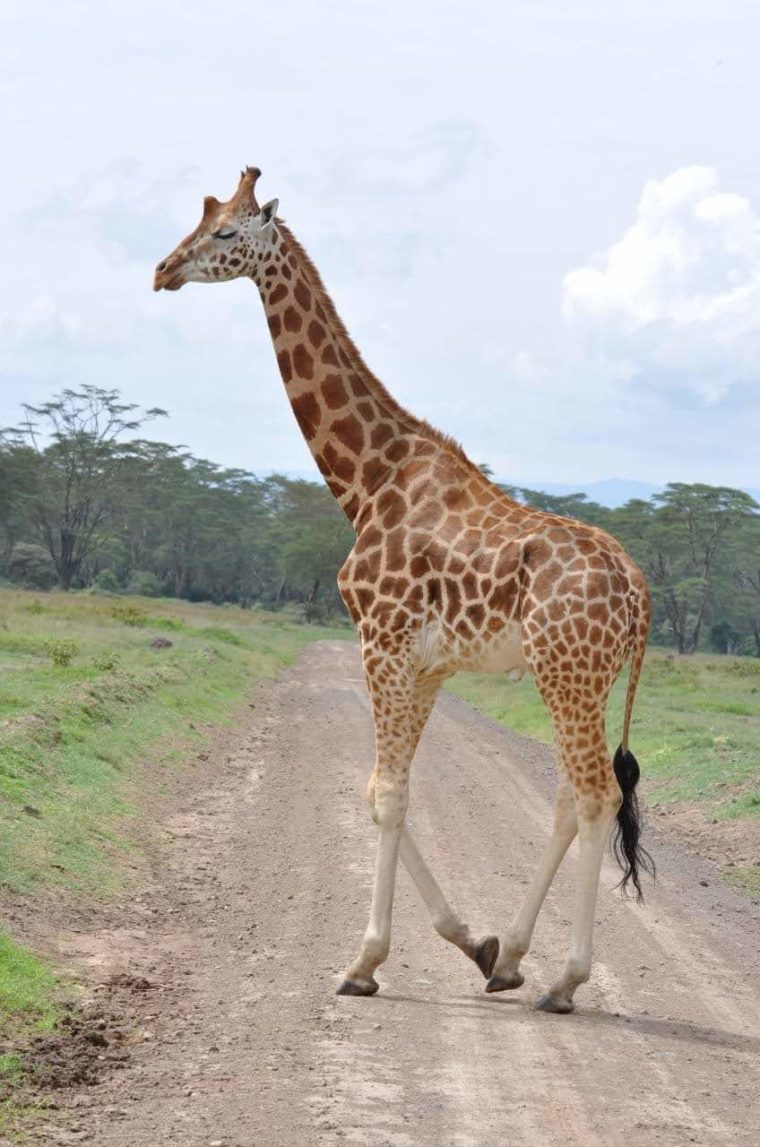 Have you ever planned a visit to the zoo? With your children perhaps? Before the visit, you would probably ask them what they expect to see.

The answer is most likely predictable, and it’s common. They may say they are excited to go see a lion, elephant, rhino, leopard, cheetah, buffalo etc. Hardly will a non-member of the ‘The Big Five’ club feature in the answers.

In the same vein, we have always been made aware of the endangered status of the elephant and the rhino and thus, much of the conservation efforts have been directed towards saving the two animals from extinction.

But it has now dawned on conservationists that the tallest animal on earth – the giraffe, is rapidly following the same path as the elephant and the rhino.

The latest census by the International Union for Conservation of Nature (IUCN) found that there are less than 100,000 giraffes surviving in the wild. This representing a 40% decline in the past 30 years.

In fact, there is only one giraffe remaining in every 4 African elephants.

This realisation prompted IUCN in 2016 to reclassify the giraffe as a ‘vulnerable species’ from its earlier designation as an ‘animal of least concern.’

Conservationists have termed the predicament facing the giraffe as ‘silent extinction.’

The reticulated giraffe, also known as the Somali giraffe, which is commonly found in the drier Eastern and North-Eastern part of Kenya has suffered the brunt of this silent extinction.

This particular species has declined by up to 80% in the period between 1980s to date.

The Somali giraffe originally dominated open forests, savannah and woodlands of the African continent.  Today, it is restricted to the dry region between Northern Kenya, South West Somalia and Southern Ethiopia.

Here, the animal shares territory in the vast unprotected community lands with pastoralists. A situation that makes human-wildlife conflicts and competition for pasture inescapable.

Human population growth and overstocking are the leading factors to the shrinking territory for the Somali giraffe. The problem of overgrazing, especially, has destroyed the home of the giraffe.

The North-Eastern region of Kenya is prone to prolonged periods of drought and famine and when it happens many wild animals as well as pastoralists’ herds succumb to lack of water and pasture.

As pastoralists migrate with their herds in search of water and pasture, wild animals can only find refuge in a handful of conservancies operated by local communities with help from professional conservationists.

We celebrated today's #WorldGiraffeDay within the Somali giraffes' range. We also honoured the rangers who put their lives on the line to ensure that the endangered Somali giraffes are well protected and secure. pic.twitter.com/eg5JKQ7MRB

The Somali Giraffe Project is one such sanctuary. It was initiated by Dr Abdullahi Hussein Ali, a renowned conservationist who hails from the region.

The project works by empowering the locals by creating awareness and equipping with skills to be able to take charge of wildlife resources within their territory.

“We have recruited and trained rangers to be able to protect the animals. We have provided them with GPS equipment so that they can be able to point to KWS and the police areas where they find poachers and other illegal activities in the bush,” Dr Abdullahi told Citizen Digital.

Dr Ali has won international accolades for his conservation efforts in the hostile north-eastern region. In April 2020, he was announced the winner of the prestigious Whitley Award.

He was recognised for his efforts to save the Hirola antelope, another endangered animal from the region. 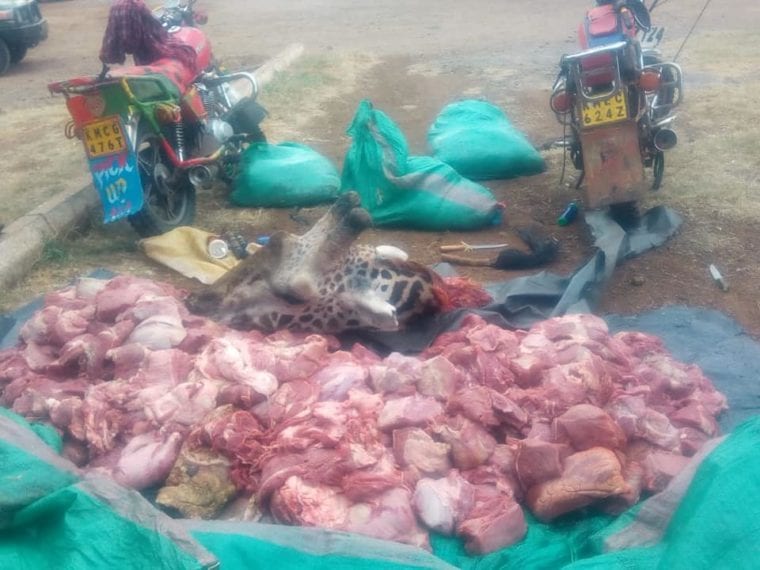 Poaching, also, has had a significant impact on the dwindling fortunes of the Somali giraffe. Giraffe meat is on top of poachers list of favourite bush dishes.

Many animals are lost to this vice especially during times of famine as hungry residents turn to the animals for food.

The poachers were also found in possession of 4 carcasses of dikdiks and 2 kudus. Hunting tools and a motorcycle were also recovered from the operation. 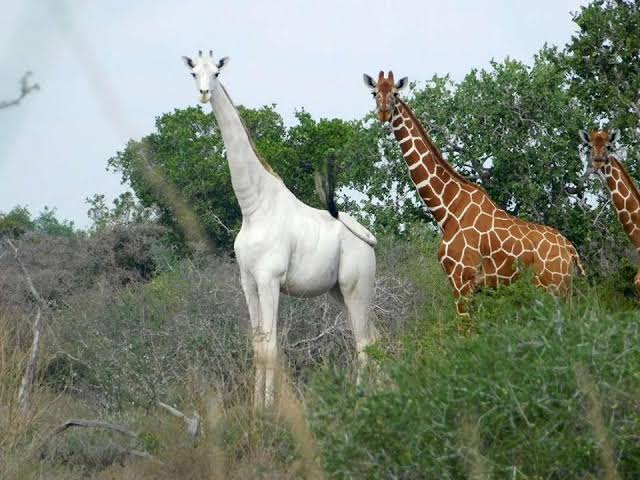 The North-Eastern region had the privilege of being home to the spectacular white giraffe. The region hit headlines in renown media outlets in the world.

News of the rare white giraffe flew around the world like wild fire.

All over a sudden, Ishaqbini Hirola Conservancy in Garissa County where the animal was first spotted become a hot destination for conservationists and animal lovers who were amazed by the discovery.

But the furore was short-lived. In mid-March 2020, news flew around the world again that the white giraffe and its calf were dead.

Carcasses of the animals were found rotting in the same conservancy they were discovered in 2017. Poachers were blamed for the killing.

The riparian land of the Tana River is a hotbed of human-wildlife conflicts.

The river that runs from Mount Kenya catchment area all the to the Indian Ocean through the drylands in the counties of Garissa, Wajir and Tana River is a vital lifeline for farmers, livestock and wildlife along its way.

The problem is majorly caused by the farmers who cultivate along the river’s banks, thereby cutting the animals from accessing the water.

Thirsty animals trespassing through the farms to the river face the wrath of the farmers if at all they are lucky to escape snares set along their paths in the bush.

“We have rescued countless giraffes entangled in snares set by the farmers. Some have been lucky to live on, some have walked out with glaring injuries like missing limbs. But many more have also died in those traps,” Dr Ali Abdullahi narrates.

By listing the giraffe in the Red list of endangered species, IUCN hopes wildlife authorities will put in efforts to its numbers to stability.