Ubuntu series animations on quest for mental revolution in Africa 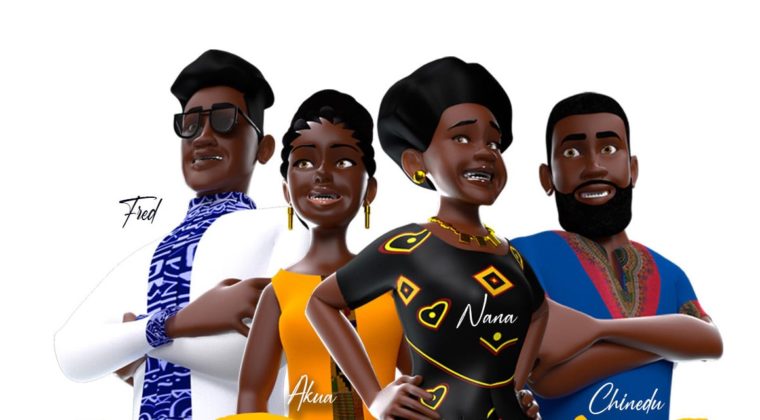 In the past few decades the dynamics and the wind of change are getting stronger on the African Continent.

Many people are fed-up with the status quo and the youths are yearning for positive change in every aspect of their lives.

“It aims at sensitizing people of African descent about attitudes and behaviors that disrupt the development of our continent,” says Veye Tatah, a Cameroonian computer scientist and journalist, the creative brain behind the Ubuntu series.

The Africa Institute of Media, Migration and Development (AIMMAD) created by Africa Positive in 2018 aims to work closely with African and German research institutes to promote knowledge transfer by the African Diaspora.

She avers that everyone wants change, however, most of us fail to admit to some of the blame for our current situation, and the Ubuntu Series is here to raise this awareness.

Tatah says purpose of the Ubuntu Series is to sensitize Africans of the need and responsibility of each and everyone of us to bring about a positive change in our continent.

Convinced that a change in mindset can empower Africans to find homemade solutions for the challenges they face, Africa Positive started producing animations to reach out to a target group from different backgrounds.

The characters in the Ubuntu Series are all dark skinned, carry African names (like Imani, Chenedu, Akua, Nana, Kodjo, Mamadou etc.) and their outfits are made from African textiles.

This is intentional to promote the self-esteem of our people because colonialism installed inferiority complex in many black people.

The first episode of the Ubuntu Series titled We Turn the Page has four characters, representing young Africans on the continent who see the West as their escape route. The episode highlights the following:

The second episode titled Would you get into a car with a blind driver? has four new characters and highlights bad governance from employing inefficient workers leading to poor service delivery; ethnicity and incompetence as well as bribery and corruption.

The third episode is titled Discover the hidden potentials and tackles every day issues that are obstacles to Africans’ individual and collective development.

The fourth Episode is titled Jealousy is an obstacle and is centered around the realization that in many of our societies people seldom support one another but mostly act as obstacles to our own progress.

The message in this episode is that life is not meant to be a competition: comparing yourself with other people is like comparing mangos and oranges; each person’s journey is unique and it’s important to respect our individuality; you can celebrate people’s accomplishments when you view life as an opportunity to cooperate, rather than compete.

Tatah says: “The message of the Ubuntu Series is ‘let us be the change we want to see in others. The series is educative, and encourages Africans to refocus their energies on their continent.” The episodes are both in English and French.

She avers that Africa needs a mental revolution in order to be in charge of its own destiny: “Development is the state of the mind. The constant negative image of the African Continent has lead to inferiority complex in the minds of our people. Change and development comes only from within. Africans must be the drivers of their own destiny,” she says.

Tatah believes that “the renaissance of Africa lies in the accomplishment of the African identity, by realizing the black consciousness and back-to-our-roots agenda, and by reloading our sense of humanity, fairness, justice, empathy, naturalism and the legendary consideration of the human being”.

She adds: “While the continent is very rich and truly offers a lot of hidden opportunities this is not always obvious to young Africans.” It is hoped that the Ubuntu Series can raise conversation about and among Africans and help in the construction of a true African identity.