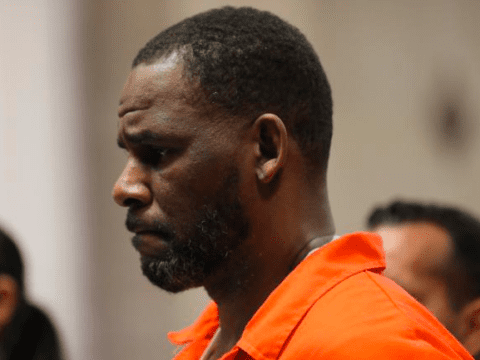 People who were once in R. Kelly’s orbit — including former romantic partners and employees — testified during the first few weeks of the singer’s trial about his repeated demands that they write letters to give to him.

The letters, witnesses say, ranged from apologies to letters that made false claims that could be embarrassing if released, according to testimony during Kelly’s federal trial that began on August 18 in Brooklyn for racketeering and sex trafficking charges.

Kelly has pleaded not guilty to all charges.

One woman who took the stand under the pseudonym Jane said that during her nearly five-year relationship with the singer, he directed her and his other girlfriends to write four to five letters a year that often contained false and sometimes damaging statements.

“He said that these were basically letters that would never see the light of day and that they were to basically exploit us to protect him,” Jane testified on Aug. 23.

The letters did resurface while Jane was on the stand testifying against Kelly for sexually abusing her when she was 17. During cross examination, the singer’s defense attorney, Deveraux Cannick, asked her to read from one letter that she allegedly wrote to her brother.

“If he (Kelly) knew that I am 17, he wouldn’t even mess with me at all,” Jane said, reading from the letter.

These types of documents have repeatedly surfaced at Kelly’s trial.

Kelly is not the only defendant to be accused of directing others to write these types of letters, sometimes known as “collateral.”

Moira Penza, a former federal prosecutor who helped convict Keith Raniere, founder of the cult Nxivm, said these types of letters can be a “powerful coercive tool” for abusers.

Raniere directed leaders in a secretive group known as DOS to have their “slaves” write similar “collateral” letters to ensure they kept the group secret. Raniere was convicted of racketeering and sex trafficking charges and sentenced to life in prison.

“You have the letters which are used to keep someone in line, but if the person does manage to break away from that control and actually speak out against the person, the letters can be used to attack their credibility,” Penza told CNN.

“Once someone has written a letter like that and handed it over — they’ve lost any ability to say no to whatever comes next without fear of serious harm to all aspects of their life,” Penza said.

In a separate case currently being tried, Lawrence Ray, the father of a former Sarah Lawrence College student, has pleaded not guilty to sex trafficking charges. He allegedly controlled his victims by, among other claims, berating them into making “false confessions” for wrongdoings that prosecutors say they didn’t commit. He allegedly directed victims to document wrongdoings in journals and emails, keeping copies of the confessions, prosecutors said in an indictment.

When Cannick was asked why he used letters that Jane testified were written at the direction of Kelly and contained false information as defense exhibits, he told CNN, “Unfortunately I cannot comment on anything that’s evidence or anything in relation to the trial.”

About once a year, Kelly would bring his group of live-in girlfriends together to write letters, Jane testified.

After writing the letters, one of the girlfriends would look over them, checking to make sure the letters weren’t “too similar” and to make sure what they signed on the bottom of their letters matched the signature on their IDs, Jane testified.

As Jane sat on the witness stand during Kelly’s trial, Cannick had her read several of the letters before jurors. One letter addressed Kelly.

Another letter signed by her said she would “spank herself” hard enough to leave bruises in order to accuse Kelly of abuse.

Assistant US Attorney Elizabeth Geddes asked Jane if it was fair to say the letters were written “to protect him in a trial like this from very serious charges?”

“That is correct,” Jane said.

Another witness, Jerhonda Pace, who took the stand on Aug. 18 and testified that Kelly sexually abused her when she was 16, said that Kelly also had her write a letter saying she had stolen $100,000 in jewelry from him, which she said was untrue.

“He told me, whatever I do, just don’t write the date on them,” Pace testified.

Defense attorney Nicole Blank Becker called Pace a “self-proclaimed liar” during her opening statements, telling jurors, “her credibility will be an issue.”

A witness who testified under the pseudonym “Louis” testified that Kelly sexually abused him after meeting him at a McDonald’s drive through window when he was a 17-year-old high school senior. Louis detailed in his testimony how he and the singer remained friends for years, and that in 2018 Kelly asked him to write a letter “to protect me and him.”

Louis testified that Kelly asked him to write a letter claiming that he had been approached by people who were trying to pay him to claim he was having a sexual relationship with Kelly, which Louis said did not happen.

“I thought it was something to protect us so that the encounters we had in the past would never come to light,” Louis said.

Another witness, Faith, who met Kelly in 2017 and had a nearly yearlong relationship with him, said that Kelly asked her if she would help “protect” him.

“He needed me to write down something about my family I didn’t want anyone to know,” Faith testified, adding that she ultimately did not write the letter.

Kelly, who defense attorneys have repeatedly claimed is illiterate, appears to have an affinity for letters, both in his private life, as seen through witness testimony, and publicly in his music.

His 2010 album, “Love Letters,” features a song with the same name and lyrics that say:

Only pray that it don’t come back return to sender.”

Witnesses testified that if Kelly was upset with them, he would direct them to write apology letters to him.

Jane testified that, at times, if she had broken one of “Rob’s Rules” — which she said included not talking to his other live-in girlfriends about their relationships with the singer, and not talking to or looking at other men — Kelly would tell her to stay in a room and write him a letter.

“I would just give him the sheet of paper and sometimes he would make me read it in front of him, or he would leave with it and then come back at another time,” she testified.

Suzette Mayweather, who has known Kelly as a friend since 1994 and worked for him as an assistant from 2015 to 2017, testified that the singer often had her write apology letters if she did something that upset him.
Once, she said, she had to write an apology letter to Kelly for not changing the radio to a different station as requested by one of his girlfriends. Another time, it was for calling him a liar. On another occasion, she said she was docked $500 in pay for having a conversation with one of his girlfriends about him and was told to write an apology letter.

“I just simply wrote, ‘I’m sorry. I will never have a conversation with any of your guests,'” she testified.