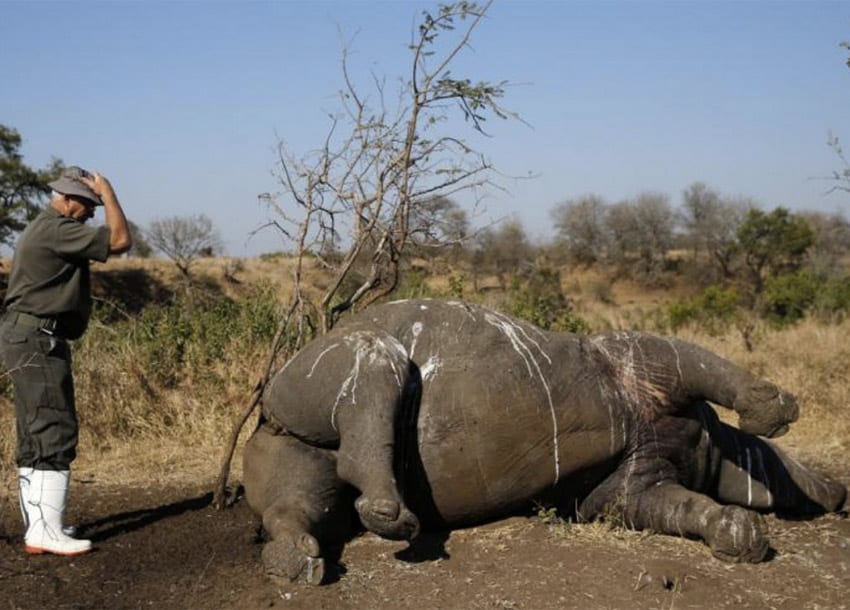 Zimbabwean police said on Tuesday they had arrested an editor and two reporters from a state-owned newspaper for publishing falsehoods after reporting that a police commissioner and junior officer were involved in a spate of elephant killings.

Poachers have used cyanide to kill 60 elephants in the Hwange national park in the west and the northern part of the country since late September.

The newspaper group that owns the weekly newspaper, Zimpapers Ltd, said it would issue a statement later on Tuesday.

The newspaper reported in its latest edition that an unnamed assistant police commissioner, a police officer, rangers from the parks agency and Asian businessmen were part of a syndicate being investigated for the poaching of elephants in Zimbabwe.

Charamba denied the police were investigating any of its officers for poaching. She said the three reporters would be charged with publishing or communicating false statements that were prejudicial to the state.

“The falsehoods have dented and tarnished the image of the (police) organisation for no apparent reason. The story does not only affect ZRP but the entire security apparatus,” Charamba said.

Police want the reporters to identify the assistant police commissioner allegedly involved in the poaching.

The three reporters are expected to appear in court by Wednesday. The charge carries a fine of $5,000 or sentence of up to 20 years upon conviction.

Elephant conservation groups said in 2013 that as many as 300 elephants died in Hwange park after poachers laced salt pans there with cyanide. The government strongly disputed the figure, saying only a few dozen animals had died. (Reporting by MacDonald Dzirutwe; Editing by Alison Williams)