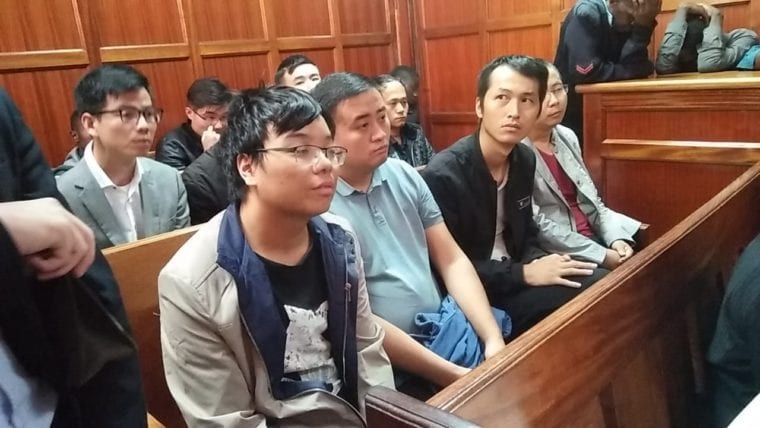 10 Chinese nationals who had been arrested in Athi River for allegedly being in Kenya without valid travel documents have been released.

A Nairobi Court freed the suspects on Ksh.2million bond each and a surety of similar amount after they denied the charges.

The suspects had been arrested on February 26 on accusations that they were supervisors of Sunda (Kenya) Industrial Company Limited in Athi River.

Some of them were apparently working with a visitor’s visa that were to expire next month.