10 killed in another accident on Nakuru-Eldoret highway 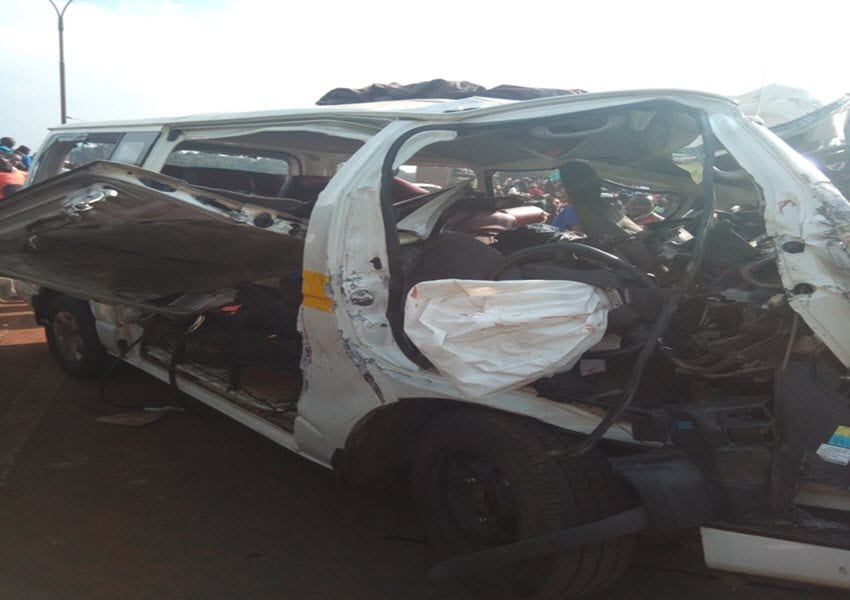 Ten people died and others were injured after a 14-seater matatu collided with a lorry on Saturday night at Makutano area along the Nakuru-Eldoret Highway.

The driver of the matatu was reportedly trying to overtake when he rammed into an on-coming lorry at around 9.30pm.

This comes barely a week after four other accidents that cumulatively claimed at least 64 people.

On Tuesday, December 12, police reported that at least 15 people died following a multiple car crash at the dreaded Sachangwan area on the Nakuru-Eldoret highway.

Nineteen people died in a gruesome road accident on Monday night (December 11) at the Kamukuywa Bridge black spot on the Webuye-Kitale highway after a 14-seater matatu rammed into the rear of a tractor transporting sugarcane.

On Saturday, December 9, seven musicians from the popular Kenene international band, a well known Kalenjin music group, died in a grisly road accident at Maraba near Total along Nakuru-Eldoret highway.

On the same day, 23 people died while several others were injured after an Administration Police truck they were travelling in was involved in an accident at Moinonin along the Marigat-Loruk road in Tiaty, Baringo County.