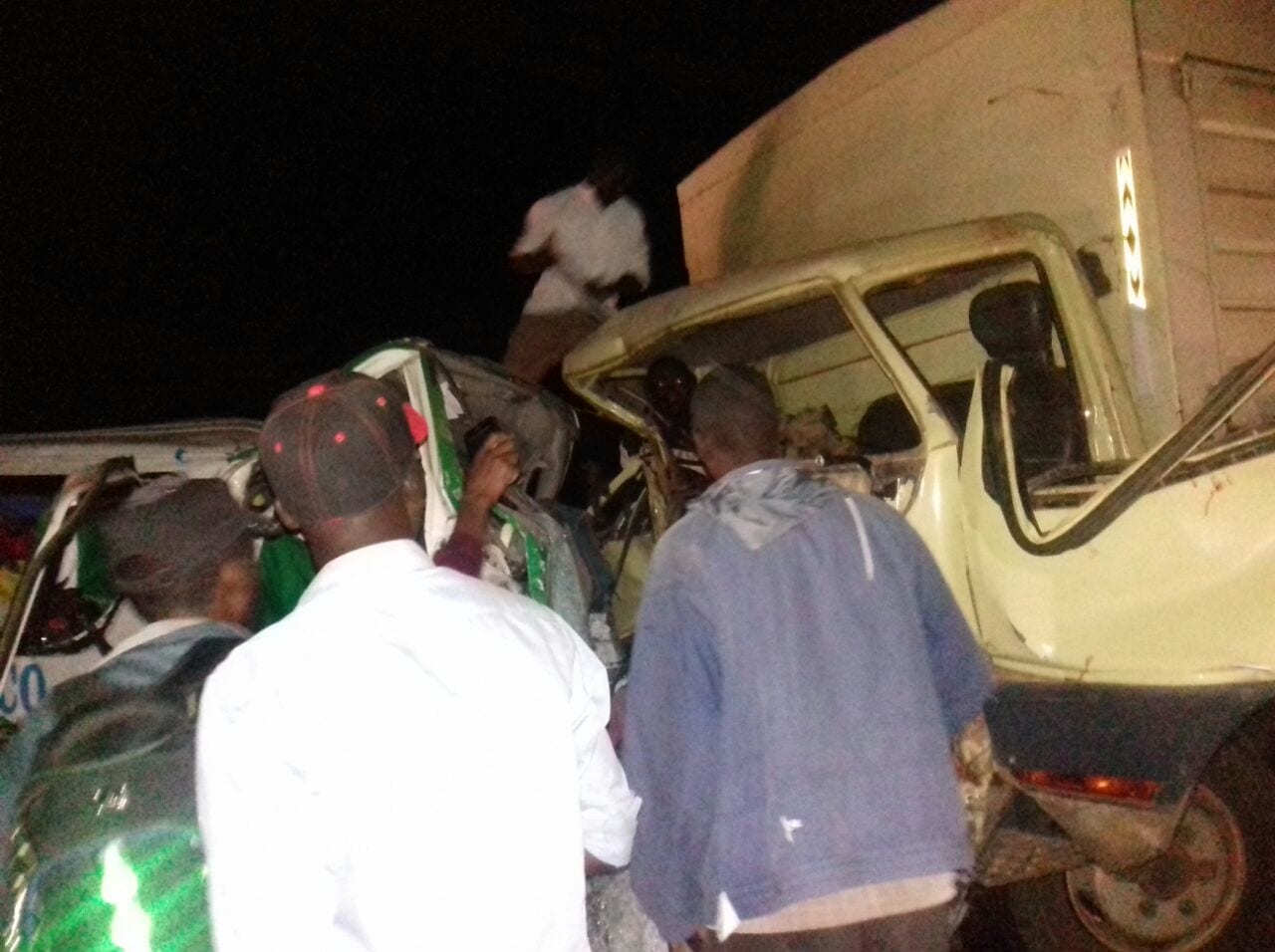 Eleven people have been confirmed dead following a grisly road accident that occurred near Kilimambogo area along the Thika – Garissa road on Sunday evening.

According to the OCPD, the driver of the Kitui-bound matatu was trying to avoid hitting a boda-boda rider when the vehicle collided head on with the on-coming lorry.

The matatu driver and 10 of his passengers died on the spot.

The survivors were rushed to the Thika Level Five Hospital while bodies of the deceased were moved to the General Kago Funeral Home in Thika.

The OCPD said the number of fatalities could rise as some of the injured were in critical condition.

The accident caused a major traffic snarlup as police and rescue teams cleared the scene.

This comes as the latest in a series of tragic road accidents that have claimed over 70 lives in the last one week.

Ten people died and others were injured after a 14-seater matatu collided with a lorry on Saturday night (December 16) at Makutano area along the Nakuru-Eldoret Highway.

On Tuesday, December 12, police reported that at least 15 people died following a multiple car crash at the dreaded Sachangwan area on the Nakuru-Eldoret highway.

Nineteen people died in a gruesome road accident on Monday night (December 11) at the Kamukuywa Bridge black spot on the Webuye-Kitale highway after a 14-seater matatu rammed into the rear of a tractor transporting sugarcane.

On Saturday, December 9, seven musicians from the popular Kenene international band, a well known Kalenjin music group, died in a grisly road accident at Maraba near Total along Nakuru-Eldoret highway.

On the same day, 23 people died while several others were injured after an Administration Police truck they were travelling in was involved in an accident at Moinonin along the Marigat-Loruk road in Tiaty, Baringo County.