1,200 prisoners to be released from jail in decongestion move 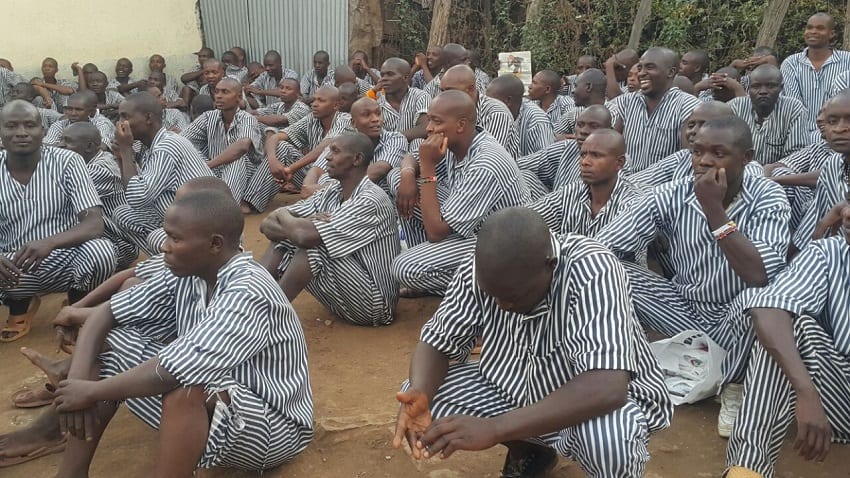 The Judiciary is planning to release 1200 petty offenders this year in a move aimed at decongesting prisons.

Speaking to the press while on a visit to Kiambu GK Prison, Justice S.N Riechi said many petty offenders were still in prison due to a backlog of cases which has been a major issue for the Judiciary.

Justice Riechi added that the court has minimized bond terms to allow petty offenders attend their hearings while outside prison.

Speaking as 263 inmates were set to be released in Kiambu County, the Judge urged the inmates to plant 10 trees when they go back home to act as a reminder of their past lives.

Speaking on the release of the Eldoret prisoners, High Court Judge Hillary Chemitei said the government would have spent Ksh.30 million on their food alone.

Elsewhere, 360 petty offenders were on Wednesday released from various prisons in Kirinyaga and Embu, even as another 400 had earlier on April 5, 2018  been released from prison and put under community service in Nyanza region.

Another 116 serving sentences at Kisii GK Prisons are set to be released on Friday.

According to Kisii Probation Director Zachary Maroko, the offenders identified were those serving short sentences and who had shown behavioral change.

32 inmates were also on Thursday released from the Kericho Medium and Annex Prisons under the Community Service Orders program.

The inmates to be released could not hide their joy as they expressed that they had learnt a lot during their stay in prison.

This process is also set to serve as a relief to the families and inmates since not a single inmate was released last year as opposed to 2016 when the government pardoned 7000 inmates.