15 Chinese nationals arrested in Nairobi over claims of prostitution 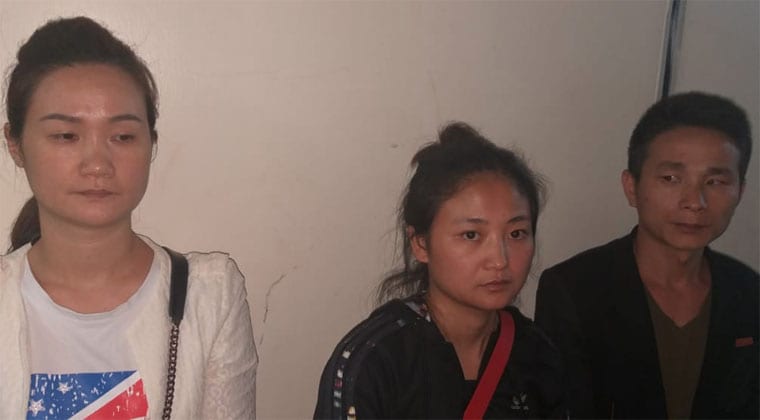 15 Chinese nationals have been arrested in Nairobi on suspicion that they were engaging in prostitution.

According to the Immigration Department, the foreigners were discovered at a brothel in South C estate.

“They are being processed for deportation,” a tweet from the Immigration Department reads.

“The Kenyan Penal Code does not criminalise sex work. However, it criminalises third parties who live on the earnings of prostitution. The Penal Code defines two types of offences with respect to sex work, namely “living on the earnings of prostitution” and “soliciting or importuning for immoral purposes,” a report from the Kenya Legal & Ethical Issues Network on HIV and AIDS (KELIN) reads.

The arrest of the 15 Chinese nationals comes just days after another arrest and deportation of a man who was caught on video in a racist rant on Kenyans.

The Chinese embassy later released a statement saying the sentiments from Liu Jiaqi did not represent their own.

Kenyans on social media would later criticise the move by the State to deport him saying he should have been jailed instead.

In another incident, a Chinese road contractor was arraigned for allegedly operating an illegal tea processing plant at a construction site.

He Zhifhang was charged on three counts alongside his accomplice Mary Wanjiku.

They were charged with operating a processing plant not registered by the Kenya Tea Board (KTB), engaging in business without a valid work permit and failing to produce business license on demand by the police.

The arrests and subsequent deportation of foreigners intensified in July after a directive from Interior CS Fred Matiang’i over illegal immigrants.

He ordered that those found without proper documents be deported.