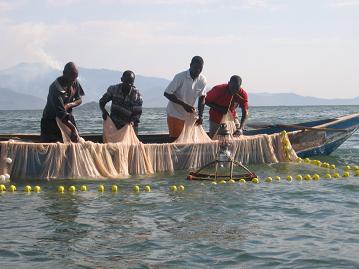 This comes after 36 Kenyan fishermen were arrested and detained by the Tanzania authorities for alleged trespassing.

Mr. Mragire said they are targeting more Tanzanian fishermen in what he termed a “retaliatory plan” following the detention of the 36 Kenyan fishermen by the neighbouring country.

The beach management unit boss said they have decided to initiate the crackdown against Tanzania fishermen for trespassing to the Kenyan waters due to alleged harassment of their members by the Tanzania authority.

Mr. Mragire said the sixteen Tanzanians will be arraigned before court and charged.

The neighbouring country also asked for Ksh.200,000 for each of the ten boats seized during the operation on Lake Victoria.

Among the 36 detained in Tanzania are three pupils and three students.