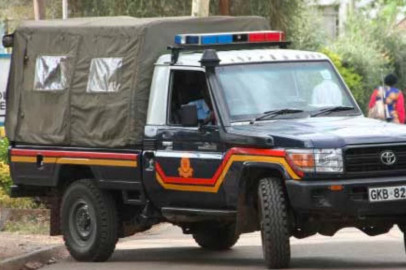 File image of a police car

A 19-year-old woman has been arrested for allegedly killing her boyfriend at Nguka Village in Thiba, Kirinyaga County.

According to the deceased's father John Kimani, the victim was stabbed by his girlfriend with a kitchen knife after he reportedly went unannounced to her home on Sunday.

"The suspect said my son came to her house at around 11;30 am and forced his way into the house, demanding sex by force in her house when the fight broke out and stabbed him to death using a kitchen knife,"   Kimani said.

The suspect is currently being held at Kiamaciri police station awaiting arraignment at the  Baricho Law Courts on Monday morning.