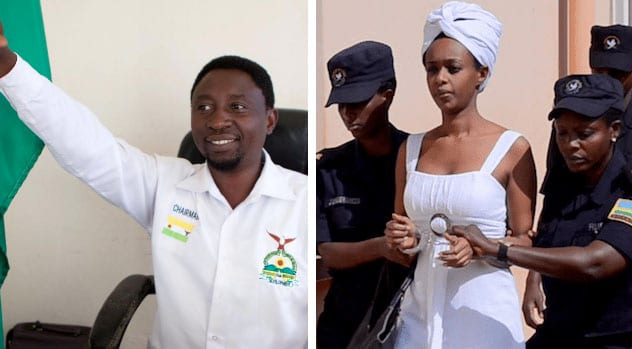 Opposition candidates have won seats in the Rwandan parliament for the first time even as State critics Diane Rwigara and Victoire Ingabire remained imprisoned.

Also Read: ‘I will kill you if you continue’, supporters of Rwanda’s Diane Rwigara warned

The two new lawmakers elected during the Monday election will be heavily outnumbered by members of President Paul Kagame’s ruling party: the Rwanda Patriotic Front (RPF).

RPF declared the results of the election as proof that the country is a democracy despite a number of the president’s critics still being incarcerated.

Diane Rwigara wanted to compete against Kagame in the 2017 presidential election while Victoire Ingabire returned from the Netherlands in 2010 to run for president.

Rwigara is due to reappear in court on September 24, accused of using forged documents while she was trying to submit her candidacy and of inciting insurrection.

She was barred from running and Kagame won with 98.8 percent of the vote last year.

Ingabire is serving a 15-year sentence on charges of trying to undermine the State and playing down the genocide.

Rwanda’s parliament has 80 seats; political parties compete for 53 seats and another 24 are reserved for women, two for youth and one for the disabled.

The new opposition lawmakers maintain that their tiny numbers will make the push for democratisation a long process.

Kagame is praised for restoring stability in Rwanda and for rapid economic progress after the 1994 genocide.

But rights groups say he has muzzled independent media and suppressed opponents. The government dismisses the accusations as false.

Officials of the electoral commission told a news conference on Wednesday that two candidates from the small opposition Democratic Green party had been elected.

However, the RPF – which has held a tight grip on the country since it fought its way to power to end the genocide – won 40 seats, together with smaller allied parties, the commission said.

Another small party, PS Imberakuri, also won two seats for the first time. However, it has generally been considered pro-government since its founder and ardent opposition figure Bernard Ntaganda was dismissed from the party.

Democratic Green chief Frank Habineza, one of the newly-elected lawmakers, set modest targets for the party.

“I think it is a positive step forward. They have allowed – I mean two new political parties have been able to enter parliament for the first time,” he said.

“We will try our best even though we are still very few in the parliament,” he told Reuters.
“This is one step forward, we are going to work towards more democratization of our country. It’s not a one-day thing, it’s a process.”

“This means that Rwanda is a democracy. It means that the population has the right to choose whoever they want,” he told Reuters.

Gasamagera, however, made clear not much would change. “Rwandans adopted dialogue and consensus politics and the two new political parties agree with that policy and therefore we will keep to it,” he said.