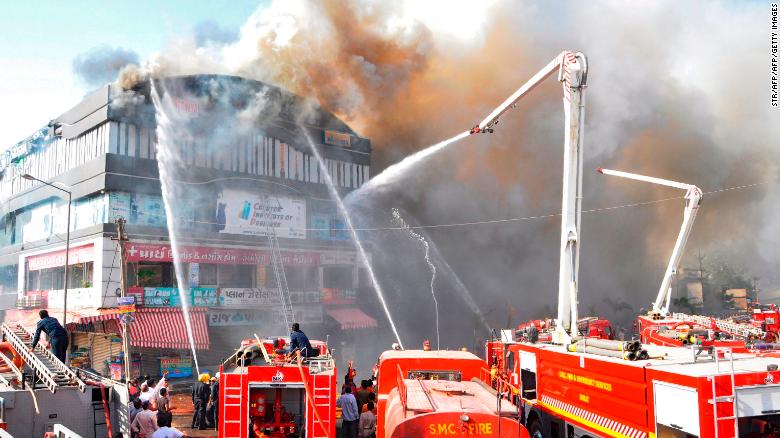 Twenty students have been killed and 17 more injured after are being treated for injuries after a fire tore through a commercial building in Surat state of Gujarat, India on Saturday morning.

Surat police commissioner, Satish Kumar Sharma, told the CNN that the victims were attending classes in a tutoring center on the third and fourth floor of the building when the fire spread.
“Several students who were attending tutorial classes at the time either jumped out or fell from the windows on the fourth floor while trying to escape the fire,” Sharma said. At least one person who jumped or fell was killed, while others are receiving hospital treatment.

Indian Prime Minister Narendra Modi, who was declared victorious in the country’s general elections on Thursday, expressed his anguish as he sent messages of condolences to the bereaved families. On his Twitter handle, he wrote how he was “extremely anguished” by the fire.

“My thoughts are with bereaved families. May the injured recover quickly,” he said. “Have asked the Gujarat Government and local authorities to provide all possible assistance to those affected.”