21 injured as Kenya Mpya bus collides with lorry in Juja 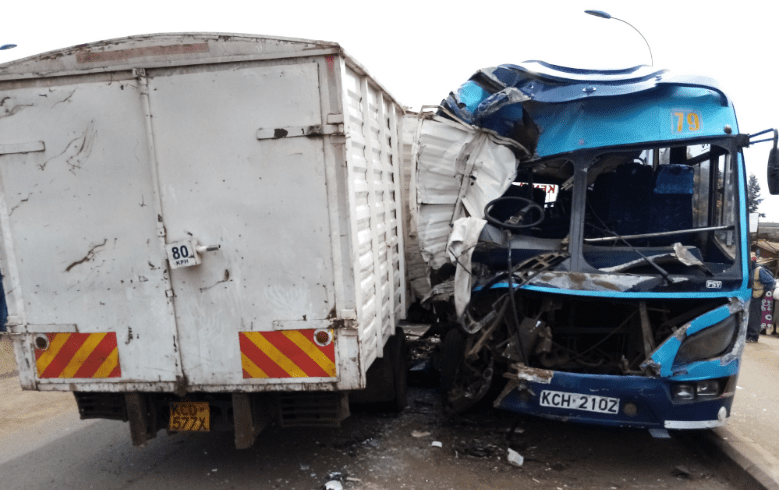 Twenty-one people were injured on Wednesday after a bus and a lorry were involved in an accident at Juja on the Thika superhighway.

A Kenya Mpya bus collided head on with the canter, which was ferrying bricks, near the Kareme Filling Station.

The injured were taken to the Thika Level 5 Hospital and others at the Jomo Kenyatta University of Agriculture and Technology (JKUAT) hospital.