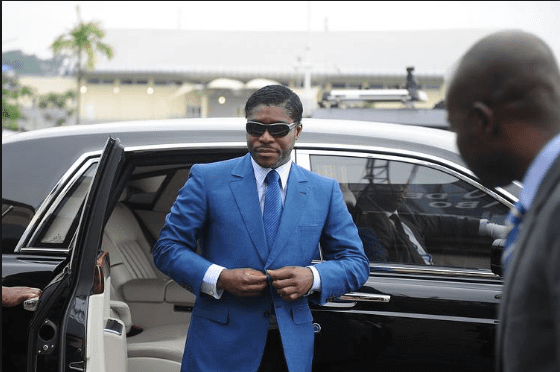 Swiss prosecutors said on Thursday they had closed a money-laundering inquiry into a son of the President of Equatorial Guinea with an arrangement to sell 25 confiscated luxury cars to fund social programs in the former Spanish colony.

The probe, opened in October 2016, also concerned misappropriation of public assets by Teodoro Obiang, the Geneva prosecutor’s office said in a statement. Obiang, widely know as Teodorin, was accused along with two others whose names were not given.

“The 25 vehicles …will be sold and the net product will be handed over to a social program on the territory of Equatorial Guinea,” the statement said.

MORE: Eleven of the world’s rarest & most expensive cars owned by Teodorin Obiang were seized by Swiss authorities in November #NBSUpdates pic.twitter.com/tDJLeFrWgV

The “Ebony Shine”, a yacht confiscated in the Netherlands following a request for judicial cooperation, has been released, it said.

The government of Equatorial Guinea has agreed to pay the Geneva state 1.3 million Swiss francs ($1.3 million), to cover the cost of the procedure, which also involved inquiries in the Cayman Islands, France, the Marshall Islands, Monaco and Denmark, it said.

Teodorin Obiang was convicted of embezzlement in France in October 2017 during a trial in absentia. The court ordered the confiscation of more than 100 million euros worth of his assets.

He is the son of President Teodoro Obiang Nguema Mbasogo, who has ruled the country for four decades. Rights groups have labeled his administration one the world’s most corrupt.

Equatorial Guinea argued that Obiang was the country’s “Second Vice-President” when the 2012 raid took place and that his Paris residence therefore was part of its diplomatic mission. A year ago France asked the World Court to throw out the case launched by Equatorial Guinea saying it was wrongly using the court to shield the ruler’s son.