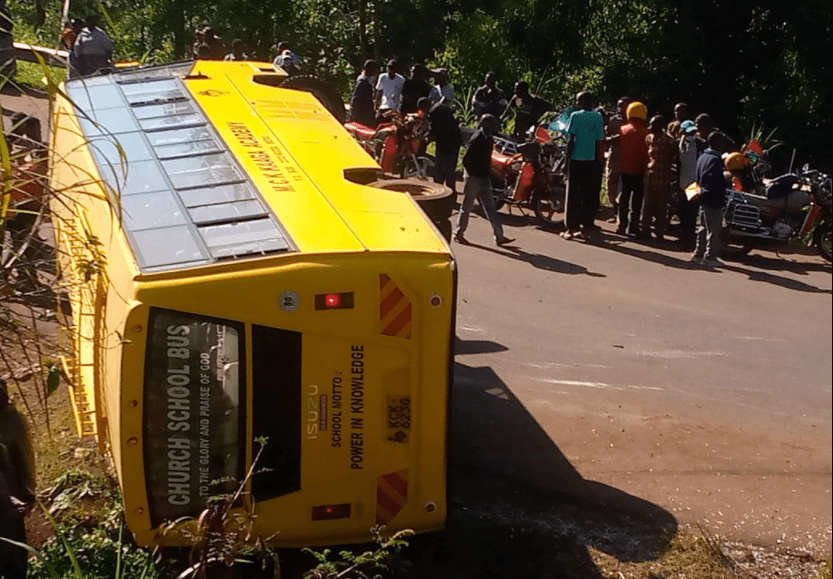 At least 26 pupils of MCK Kaaga Academy are presently being treated with minor injuries after their school bus overturned at Mwirine area of the Meru-Kaaga bypass.

Eyewitnesses told Citizen Digital that the bus was ferrying the pupils to school when the accident happened at a sharp corner on the road.

Those who sustained injuries were rushed to the Meru Level 5 Hospital for treatment while others were taken to school for counseling.

Dr. Joseph Wahome, who is in charge at the facility, has since assured parents that all the children are in stable condition.

According to Dr. Wahome, those being attended to are 26, out of whom 19 sustained only minor bruises while the remaining 7 are being taken for X-ray.