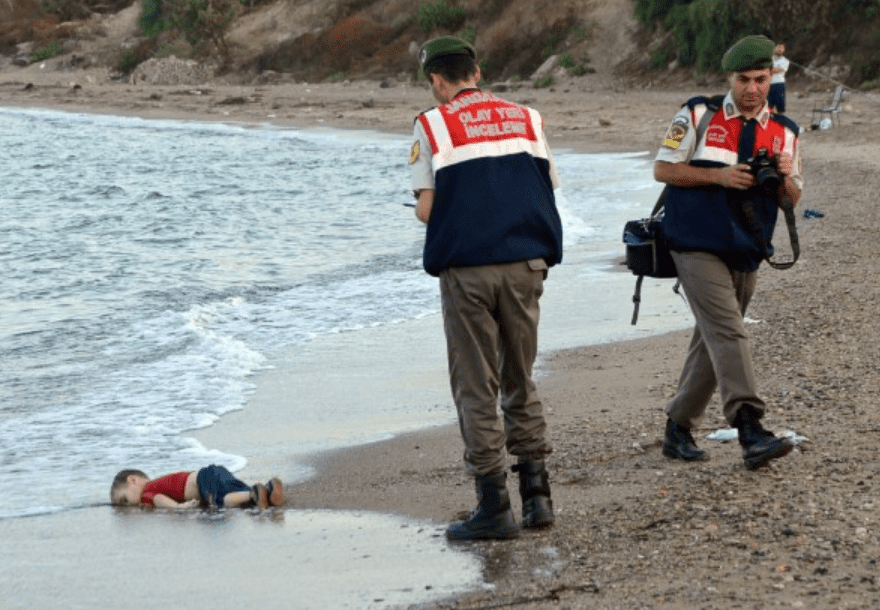 Three human traffickers have been sentenced in a Turkish court to 125 years each in prison over the tragic drowning in 2015 of Syrian toddler Alan Kurdi, who was pictured lying face down on a beach in a harrowing photo that became the symbol of the refugee crisis.

The men, who were the organizers of a trafficking ring, were captured by Turkish security forces this week in the southern province of Adana and sentenced on Friday, according to state news agency Andalou.

They were on the run after fleeing during their trial. Other Turkish and Syrian defendants have also received prison sentences following the toddler’s death in September 2015.

The men were sentenced at the Bodrum High Criminal Court in Mugla for the crime of “killing with eventual intent.”

The 3-year-old’s body washed up on a beach in Bodrum, in southern Turkey, after a boat carrying refugees sank off the coast. An officer was pictured carrying the lifeless child away.

The heartbreaking image of the boy on the beach went viral around the world, often with a Turkish hashtag meaning “flotsam of humanity.”

Twelve refugees drowned that day during a failed attempt to sail to the Greek island of Kos, including the toddler’s 5-year-old brother, Galip, and their mother, Rehen. The boys’ father, Abdullah, was the only survivor from their immediate family. He took their bodies back to Kobani in Syria for burial.

The family had been trying to reach relatives in Vancouver, British Columbia.

More than 6.7 million Syrians have fled the war-torn country since 2011, according to the United Nations, and the humanitarian crisis continues to this day.