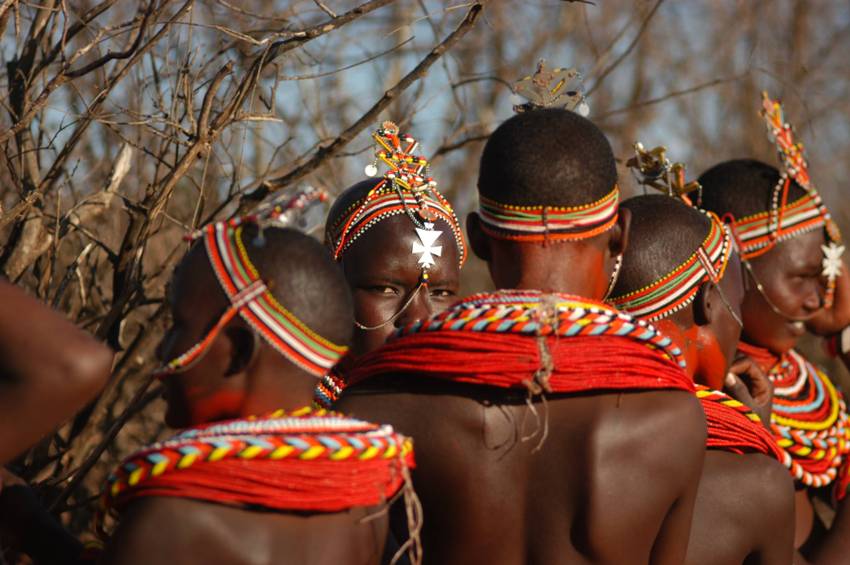 Over 300 girls in Samburu County on Thursday underwent an alternative rite of passage after completion of a three day training initiated by AMREF.

The ceremony that was attended by among other people village elders and representatives from the Samburu County government, was aimed at eradicating FGM and gender based violence.

Elders from the Samburu Community held 8 traditional prayers to mark the completion of the passage.

The girls were smeared with milk as the elders showered the young girls with blessings.

Irene Leseto, the county executive for culture, gender and social services applauded the move and encouraged the community to work with the relevant authorities to wipe out FGM and gender based violence in the area.

During the three day camp, the girls were taught life skills which will help them survive after evading Female Genital Mutilation (FGM).

The initiates are now expected to be ambassadors who reach out to their peers and enlighten them on issues to do with gender based violence.

This comes just days after the Samburu County launched 16 days of awareness against gender violence and FGM across the region.

Led by activist Severina Lesangurikuri, the women urged members of the community to report cases of gender violence and FGM to the necessary authorities in order to eliminate the vices.

Lesangurikuri remarked that violence against women and girls should be stopped and urged girls to report anyone who attempts to take them through FGM to the relevant authorities.

According to the activists, about 60 per cent of girls drop out of school especially after the December holidays due to early marriage and underage pregnancies.

According to Samburu tradition, women do not own property and should take part in leadership. Moreover, whenever a woman addresses a meeting she speaks while seated.

“FGM and early marriages should be reported so as to give our people a platform to air their issues, especially on gender based violence,” said Leseto.

Poline Lenguris, another woman activist based in Maralal noted: “Samburu women have been denied their rights for a long time, especially in politics.”

She added that an improvement had been noted, with many girls being sent to school unlike before where boys were the only ones going to school.