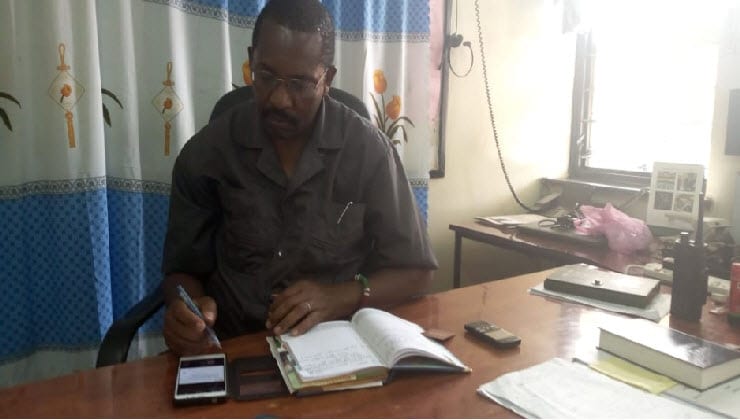 34 illegal immigrants were on Thursday arrested in Kasarani, Nairobi after detectives from the Directorate of Criminal Investigations (DCI) busted them dealing  drugs.

According to Kasarani OCPD Peter Kimani , 33 of them are Nigerians while one is from Eritrea.

Speaking to journalists on Thursday, Kimani said the suspects have been posing as students and operating businesses around the United States International University-Africa (USIU) and Kenyatta University (KU) with the intention of selling drugs.

The owner of a popular club behind the Thika Road Mall (TRM), who is accused of aiding the immigrants, was also arrested during the raid.

According to police reports, the suspects have also been terrorising Nairobi residents and have been link to a spate of bank robberies.

Further reports indicate that the raid followed a recent top security shake-up in Kasarani with the former leadership accused of allegedly abetting crime giving the suspects a field-day.

The suspects are currently before the Kiambu Law Courts.

Two years ago, 25 Nigerians were arrested in Kasarani, Roysambu, Mirema area for being in the country illegally after their ‘visa validity elapsed’.

A statement from the Immigration Department said: “Most of them stay like 5 or so in one house. Before you rent any foreigner an house, kindly ask for their valid stay documents in Kenya.”