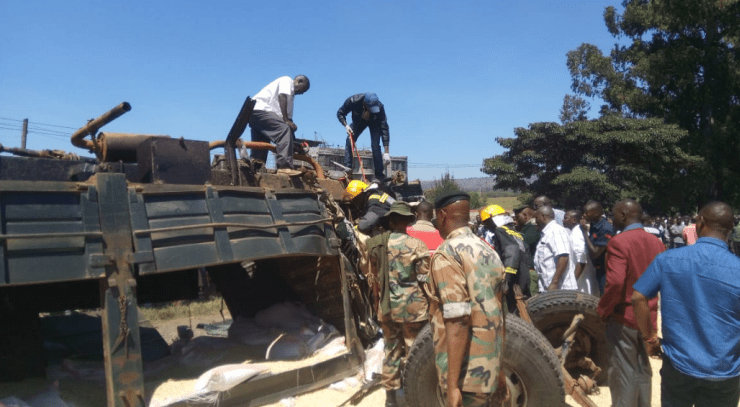 Four people died and 18 others were injured on Monday in a road accident involving a lorry belonging to the Kenya Prisons department.

The lorry was transporting maize from Eldoret to Nakuru Main Prison when its brakes failed and overturned, hitting five other vehicles near Soilo interchange at the Nakuru-Njoro turn off  in Nakuru.

Two people died on the spot while two others succumbed to injuries while undergoing treatment at Nakuru Level V Hospital. The inured were admitted to the same hospital, with two of them said to be in critical condition.

The accident caused a heavy traffic snarl up as members of the public crowded the area to scoop the spilled maize that was in the lorry.

The wrecked vehicles were towed to the Nakuru Police Station. 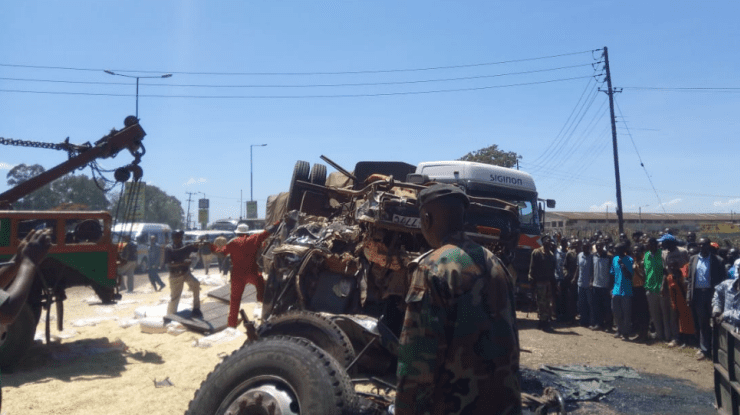