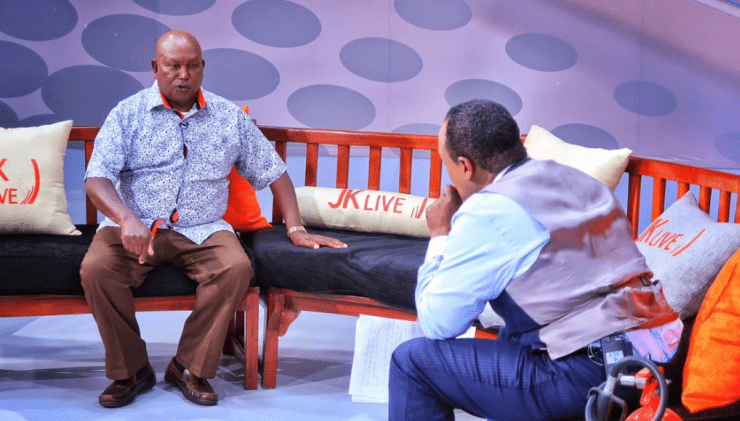 Kenya’s founding president Mzee Jomo Kenyatta was abandoned and neglected by his aides and closest confidantes, hours before he died on August 22, 1978.

This is according to his then information officer Lee Njiru, who says he was with Mzee Kenyatta on the day he collapsed and hours later died in Mombasa.

In an exclusive interview with Citizen TV’s Jeff Koinange on the commemoration of Kenyatta’s 40th death anniversary, Mr. Njiru revealed that when the founding president collapsed at a function in Msambweni, his aides took him to sleep at State House, Mombasa instead of rushing him to hospital.

This, despite the Pandya Memorial Hospital being a stone-throw away.

According to Mr. Njiru when the president collapsed at the public function, he was not immediately whisked away. His aides, among them then Minister for State Mbiyu Koinange and Coast Provincial Commissioner Eliud Mahihu, first shielded him at the dais as they pondered on the next calculated move that would not cause panic among the audience.

“You could not just put him in a car and drive away because we wanted to hoodwink the people since they could have panicked. He (Kenyatta) then said “Harambee” (his popular rallying phrase). It was the loudest I have ever heard.”

“From there we drove back to State House Mombasa. What shocked us was that Kenyatta was not taken to hospital. Naturally if you collapse we do not take you to go and sleep. We take you to hospital,” recounted Njiru on the Jeff Koinange Live show.

After he was taken to State House, Mombasa — to sleep, despite his clearly frail health — Njiru claims the president’s mandarins walked away one after the other.

“Eliud Mahihu went home, Mbiyu Koinange, who was Kenyatta’s minister, a confidante and Mzee’s brother in-law left Kenyatta asleep and took a flight to Nairobi,” claimed Njiru who believes the president’s aides were at that time focused on the Kenyatta succession.

“I always ask myself, what was this compulsion that made Mbiyu Koinange to leave his boss and he had seen him collapse?”posed Njiru.

Later, news broke that Mzee Kenyatta was dead and then Vice-President Daniel Moi, who was at that time in Nakuru, was moved to Nairobi to take charge.

“Presidents in Africa must be very careful about their handlers. Most of them do not have the interest of the president at heart. They are greedy, think about themselves, like boasting in bars,” said Njiru as a take home from Mzee Kenyatta’s fate.

During the interview, Mr. Njiru, who rarely does TV interviews, also revealed the following:

Mr. Njiru disclosed that Mzee Kenyatta and his then vice president were close and had a good relationship.

“They were very very close. Mzee Kenyatta used to even help Moi with money for campaigns and he (Kenyatta) would tell him ‘you do not go to war with bare hands.’ Even before Kenyatta went to Mombasa for his final journey, he went to Kabarak and Mzee Moi feted him. There was a lot of food and traditional dancers. Kenyatta was there to show people ‘this is my man,'” said Njiru.

Njiru disclosed that the Kenya’s first president was suffering from gout and did not like being in Nairobi during the cold months.

“In July, we had to go to Mombasa because he had a gout problem. His calendar was organised in such a way that we would open the Mombasa Agricultural show in August so he would be in the Coast. Then around October he would come and open the Nairobi show when it is warm, then in November he would open the Nakuru show.”

After that, the president would decide whether to spend christmas in Nakuru or return to Mombasa.

When the late president was on working holidays in Mombasa, Njiru says Mzee Kenyatta had to be entertained by traditional dancers and school choirs every day of his stay at the coast.

Njiru also remembered the president as a good dancer of Mwoboko music.