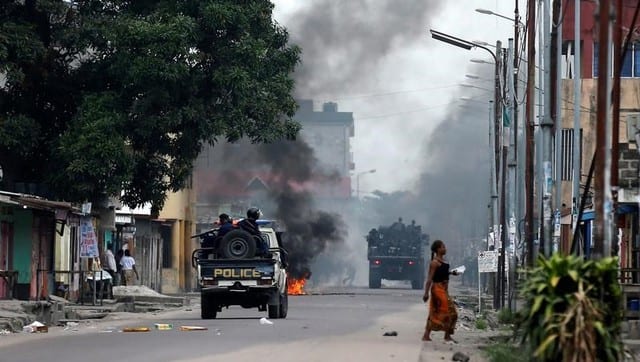 It may look like Kenya is the only country that is in political limbo especially since the campaigns have been on for months and it doesn’t look like we are about to shake off the political drama anytime soon.

But while we can’t act like we are never in a perpetual state of anxiety politically, we are not the only state facing disputed elections. Here are some countries sharing in our dilemma.

The country’s Supreme Court has since halted the disputed elections, the second time this has happened in the continent. Liberia’s ruling party, the Unity Party with other parties had challenged the October 10 presidential election accusing their National Electoral Commission for conducting an election “characterized by massive systematic irregularities and fraud,” adding that former president Sirleaf Johnson’s who is a member of the party interfered with the election.

Liberia is set for a presidential run-off on November 7, after former footballer George Weah came in first in the October 10th elections with 38.4 percent of the total vote cast while Vice President Joseph Boakai of the ruling party closed in with 28.8 percent.

2. Congo
Congo has delayed their presidential election which was scheduled for late 2016 after President Joseph Kabila refused to step down.

Kabila, who assumed presidency in 2001 after the assassination of his father has said the main challenge in prolonging the election is registering millions of voters.

According to a report by Reuters news agency, Congos’ electoral commission said the earliest it can conduct elections is in 2019.

U.S. Ambassador to the United Nations Nikki Haley, met Joseph Kabila for 90 minutes on October 27 in which she relayed her country’s message to Congo to conduct an election by latest 2018 otherwise US will call off its support.

When Kabila refused to step down in 2016, dozens were reported dead as casualties from the protests. The opposition has maintained that if the situation in the country prolongs they will take matters in their own hands.

3. Slovenia
Slovenia, where US first lady Melania Trump hails form hosts a population of 2 million people. The October 22 presidential election was a hotly contested race with 9 candidates including five women.

Failure to win with over 50% by any of the candidates means they have to conduct another presidential poll.

The Washington Post reports that president Pahor has sad the he will “do my best to prove that I’m the best choice. I’m glad for the support that I got in the first round.”

on October 1, according to a report by Al Jazeera, over 2 million people, or 90% of the voters voted for Catolonia’s independence from Spain.

However, the Catalonian dream of their own republic was trounced after the Spanish government took back control of Catalonia, dissolving its parliament and calling for new elections.